While UT students are away, the foxes will play

Wildlife we never used to see during the day is now coming out more often because human activity has slowed down so much. 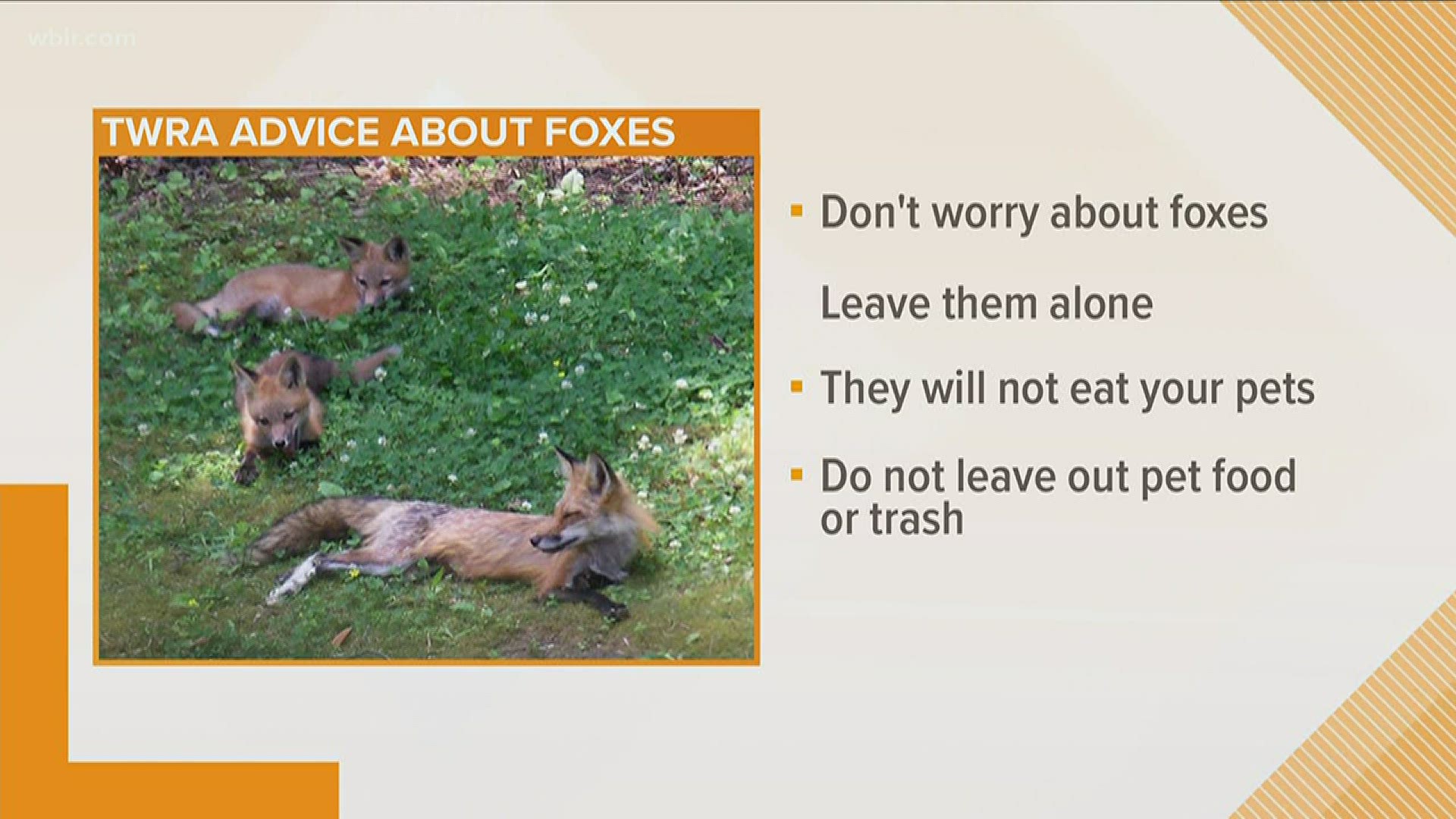 KNOXVILLE, Tenn. — While students are away, the foxes will play.

With campus operations mostly on hold because of COVID-19, people who work on the University of Tennessee Knoxville campus have noticed an obvious increase in wildlife activity.

UT police have seen them while making their nightly rounds, according to UTPD spokeswoman Lola Alapo. And the typically shy animals have even been spotted during the daytime.

RELATED: With Yosemite National Park closed to visitors, bears are out and about

UTPD Officer Alexa Stephenson, who works the night shift, has seen one repeatedly.

According to UTPD, she sees it consistently by Hodges Library on Volunteer Boulevard. She's also seen it at the commuter lot off Terrace Avenue, on Philip Fulmer by Gate 10 of Neyland Stadium and in front of Fraternity Park.

Tiffany Carpenter, vice president of communications and marketing for the UT System, took a photo of a fox a couple weeks ago lounging in the parking garage of Andy Holt Tower, home to many of the system's administrators.

Tom Satkowiak, UTK's associate athletics director for communications, has tweeted about one.

Foxes are found throughout Tennessee, according to the Tennessee Wildlife Resources Agency. They're omnivorous and social. They tend to live in forests and fields but can adapt to urban settings, according to TWRA.

Don't leave out food that could attract them.

Mating season takes place early in the calendar year; pups are born in March and April.

With thousands of students off campus to help reduce the threat of the coronavirus, wild animals sense it's safer to come out.

But, remember: Avoid trying to make contact with any wild animal. You don't know how they're going to react.

They are not pets. Leave them alone, or if they need help, turn to a professional who is trained to work with wildlife, according to the Tennessee Wildlife Resources Agency.