New twist in the tale of wildfire survivor Charles the Pig

For years we've brought you updates on the story of Charles the Pig. Now, he's living on a pig rescue in Middle Tennessee. 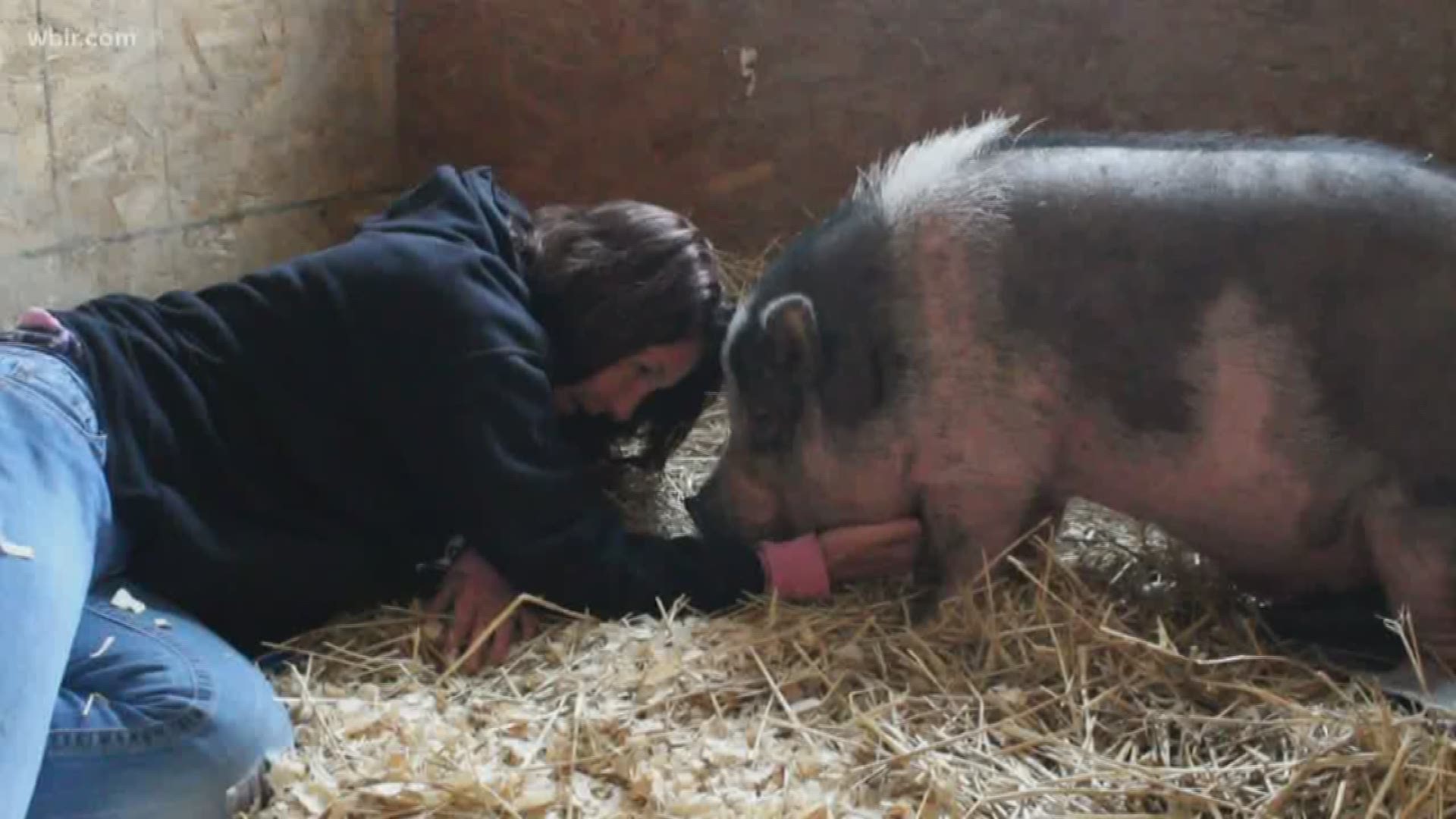 LAFAYETTE, Tenn. — At Gracie's Acres pig rescue in rural Middle Tennessee, Susan Swafford has 300 pigs – one of them a very special swine.

Charles' story begins with the 2016 Gatlinburg wildfires. When his former owner, Rob Holmes and his family, had to evacuate, they didn't have time to take their pet pig Charles with them.

They opened his pen and hoped for the best. The fire destroyed nearly everything they had.

RELATED: Charles the pig inspires while his family rebuilds after 2016 Gatlinburg wildfires

RELATED: Fans visit Charles the Pig at his new home

He burrowed himself in the mud and the fire passed over him, burning only spots on his back.

But this past March, Swafford said someone found him loose wandering around rental cabins near Sevierville.

Former owner Rob Holmes told 10News Wednesday that he's had a rough year. He just got out jail on drug charges and said Charles has been missing since January or February.

But Charles has chops – and luck.

When her rescue got a call to come pick up a pig, she thought he looked familiar.

"I actually went to the Charles the Pig Facebook page and started comparing pictures," she said.

The pig she rescued was Charles – a 150 plus pound porker with a personality.

"I compare him to a teenage boy that likes to sleep all day," Swafford said.

Now, Charles ruts around for Cheerios and treats just like the old days.

With 300 new friends at Gracie's Acres, this little piggy has found a new home on a rescue farm upstate.

"He's ours. He's a part of our family now. He'll stay with us forever," Swafford said.