The Gatlinburg Church of Christ lost everything including its entire building in 2016. But today it stands once again. 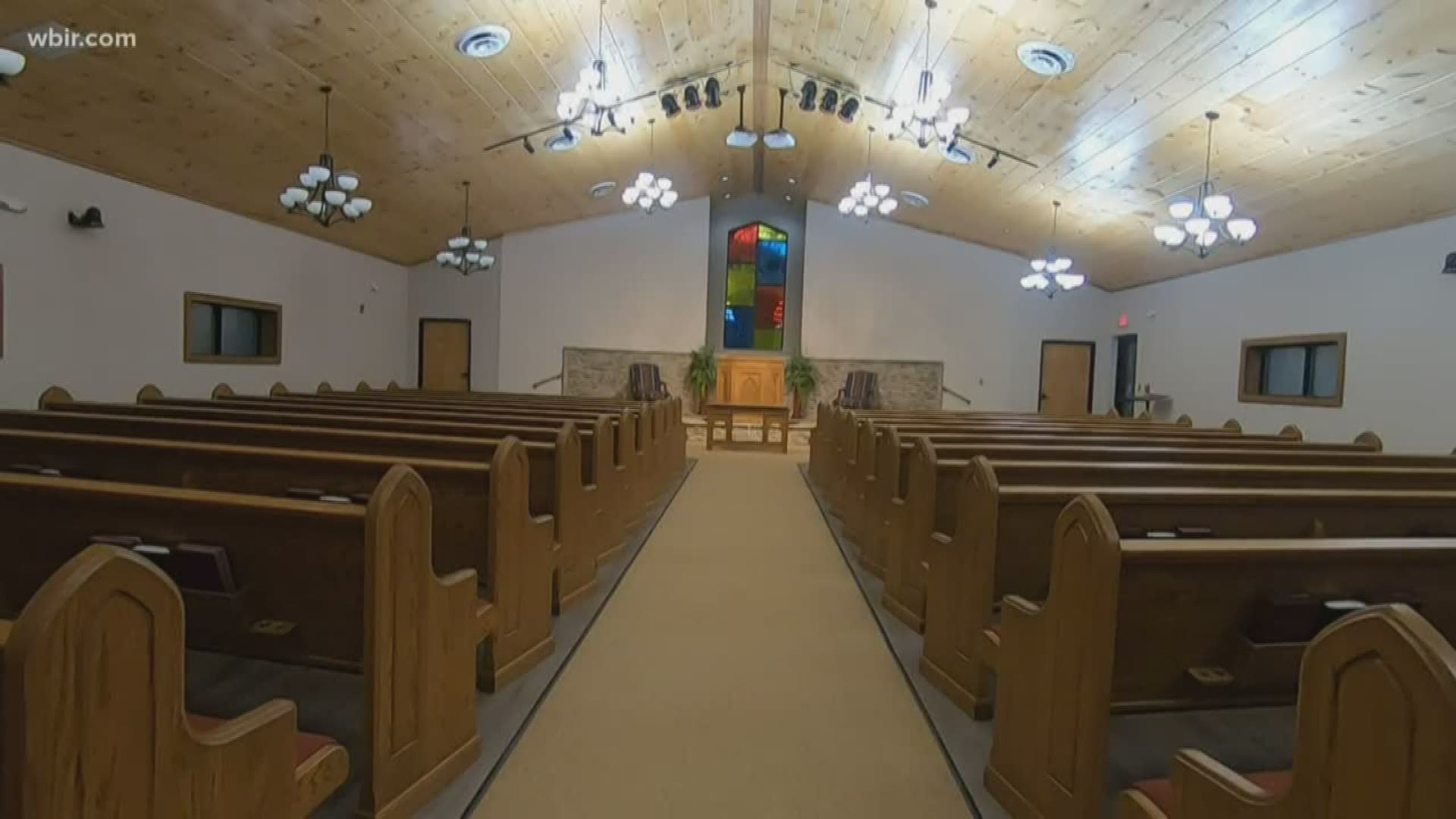 GATLINBURG, Tenn. — This holiday holds a lot of meaning for the Gatlinburg Church of Christ.

"We get a lot of visitors," Minister Rodger Comstock said.

It's their first Thanksgiving service in the new building, almost exactly three years after suffering a loss.

"It's the eve of the big fire... that's when we lost our building," Comstock said.

The original building, completed in 1964, burned down back in 2016. Comstock said for the last two years the church has met in a separate building, which didn't quite feel the same.

"It's like your home, it's much different to live in a rented home than to build your own home," he said.

With that feeling in mind the church started building.

"It's been a long process trying to get the new building built," he said.

It took a lot of time, effort and donations from people across the globe.

"It seems like two or three different countries sent us money," Comstock said.

But today the building stands. It sits about 10,000 square feet with some remnants of the past.

"This wood is from a walnut tree, it fell during the fire," he added while pointing to one of the railings inside the church.

It is a moment he said the community has waited for.

"This church building that was here meant a lot to a lot of people," Comstock said.

For many members of the community, to see the building today brings up some feelings.

"It's also very emotional our people they are excited," he said.

While three years later, what happened in 2016 still hurts. Comstock said the congregation will never forget where it's been and it is optimistic about where it's headed together.

"We had three of our own families that lost everything in the fire," Comstock said. "It just means so much to be able to have a home again."