Irreplaceable: A loving husband looks back on the night he lost his wife of 53 years in the Gatlinburg wildfire

Jimmy has a new home now, and much of what he lost in the fire has been replaced. But he can’t escape the pain of losing May, the love of his life. 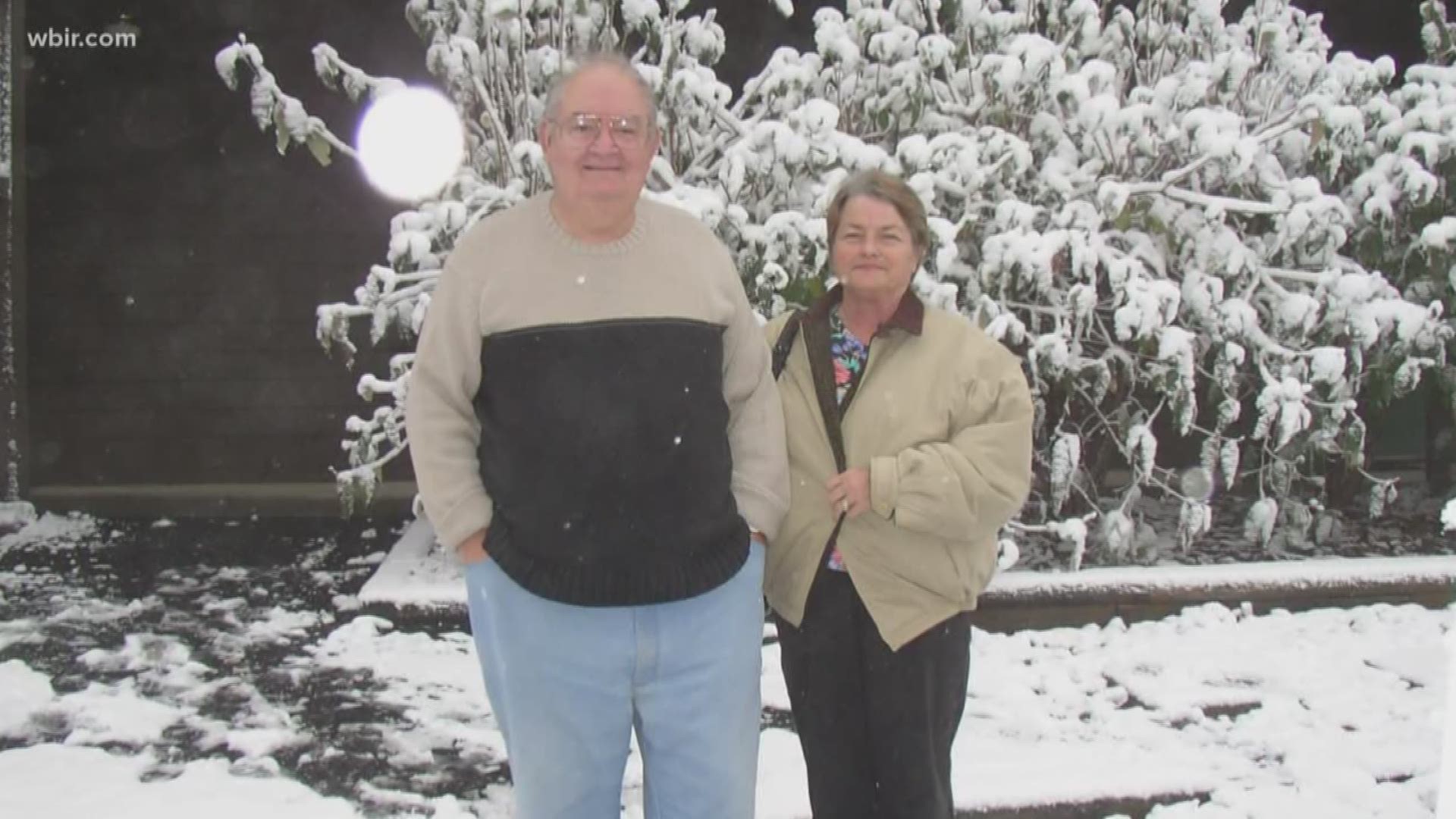 Jimmy's story is featured in "If We Die Like That," Episode 2 of Inferno: The Gatlinburg Disaster. To hear his story and those of others, head to iTunes, WBIR.com, or wherever you get your podcasts.

It’s been three years since the Gatlinburg wildfire and there are scars that will never heal.

Jimmy Vance lost everything including something so precious it can never be replaced: his wife of 53 years, May.

Jimmy and May built a life together in Nashville. Jimmy was an attorney and May ran the household.

Gatlinburg was a favorite vacation destination for the couple and their two sons. In 2007 they bought their own mountain top retreat. It was their dream home until Nov. 28th, 2016.

A fire was burning nearby in the Great Smoky Mountains National Park brought on by severe drought. On that Monday morning Jimmy said the smoke was noticeably thicker. He and May were in the yard working when the president of the neighborhood homeowners’ association stopped by.

May and Jimmy stayed. A little later Jimmy asked someone from the power company fixing a transformer nearby if they were safe. He hesitated and told Jimmy they were. But Jimmy felt uneasy, so he called 911.

“She hesitated and said I think you are safe right there.”

That afternoon the Vances made their way down the mountain for dinner. They returned around 6:30 p.m. They were settling in for the night.

“I heard her scream ‘Come quick!’ Those were her exact words. All the back was glass windows and I could see the fire coming up the hill. I said, ‘Come quick. We got to go.’”

RELATED: WBIR launches Inferno | The Gatlinburg Disaster, a podcast on the 2016 wildfires

May also grabbed their dog Peanut. They ran to the truck and drove into an inferno down Wiley Oakley Drive, a twisting, narrow tree-lined road. They headed for the Spur, which links Pigeon Forge and Gatlinburg.

At one point a fallen tree blocked their path. They had to turn around and try a different route. May got out to direct him amid the smoke and flames.

Jimmy drove with his head hanging out of the window to better see the road. As he continued to drive the smoke lessened and he finally could see the yellow line on the road.

“I said, ‘I can see the yellow line we are going to make it now.’ I looked over and she was slumped down," he said. "There was no way I could stop. I reached over and touched her on the head. There was no resistance. It was just loose. I hollered at her and she never said a word. I prayed. I couldn’t stop.”

Jimmy found a police officer who immediately began CPR on May. An ambulance came and rushed her to LeConte Medical Center in Sevier County. But as flames got closer to the hospital she and other patients in critical condition were evacuated to University of Tennessee Medical Center in Knoxville. Jimmy was surrounded by his sons. He reeked of smoke. His minister who was also at the hospital went and bought him some new clothes.

“I still have those britches. I call them my preacher britches because he bought them for me. He bought them out of love,” he said.

Jimmy kept a vigil by May’s bedside. Doctors were afraid during the couple’s escape from the burning mountain May was deprived of oxygen. They planned to do more tests on her the following morning.

“We were there, my sons and me, and she died. It was a few minutes after midnight which was my birthday.“

Three years later, Jimmy is still asking why they were told to evacuate before the fire got out of control.

He's part of a group of residents now suing the federal government in Knoxville over the fire. He's represented by Knoxville lawyers Sid Gilreath and Lance Baker.

“We would have gone. But what we got was just the reverse... ‘You are OK. You are safe here. Don’t worry about it.’ Then the fire was behind us and the house was on fire and we were running for our lives.”

Jimmy has a new home now and much of what he lost in the fire has been replaced. But he can’t escape the pain of losing the love of his life.

“Loneliness, I believe, is the worst disease in the world. I’m lonely every day and I miss her. I will forever.”