Judge: Lawsuit against park over failure to warn of 2016 wildfire danger can proceed

About 400 plaintiffs have filed several complaints against the federal government over the fire. The case now will focus on notice about the advancing blaze. 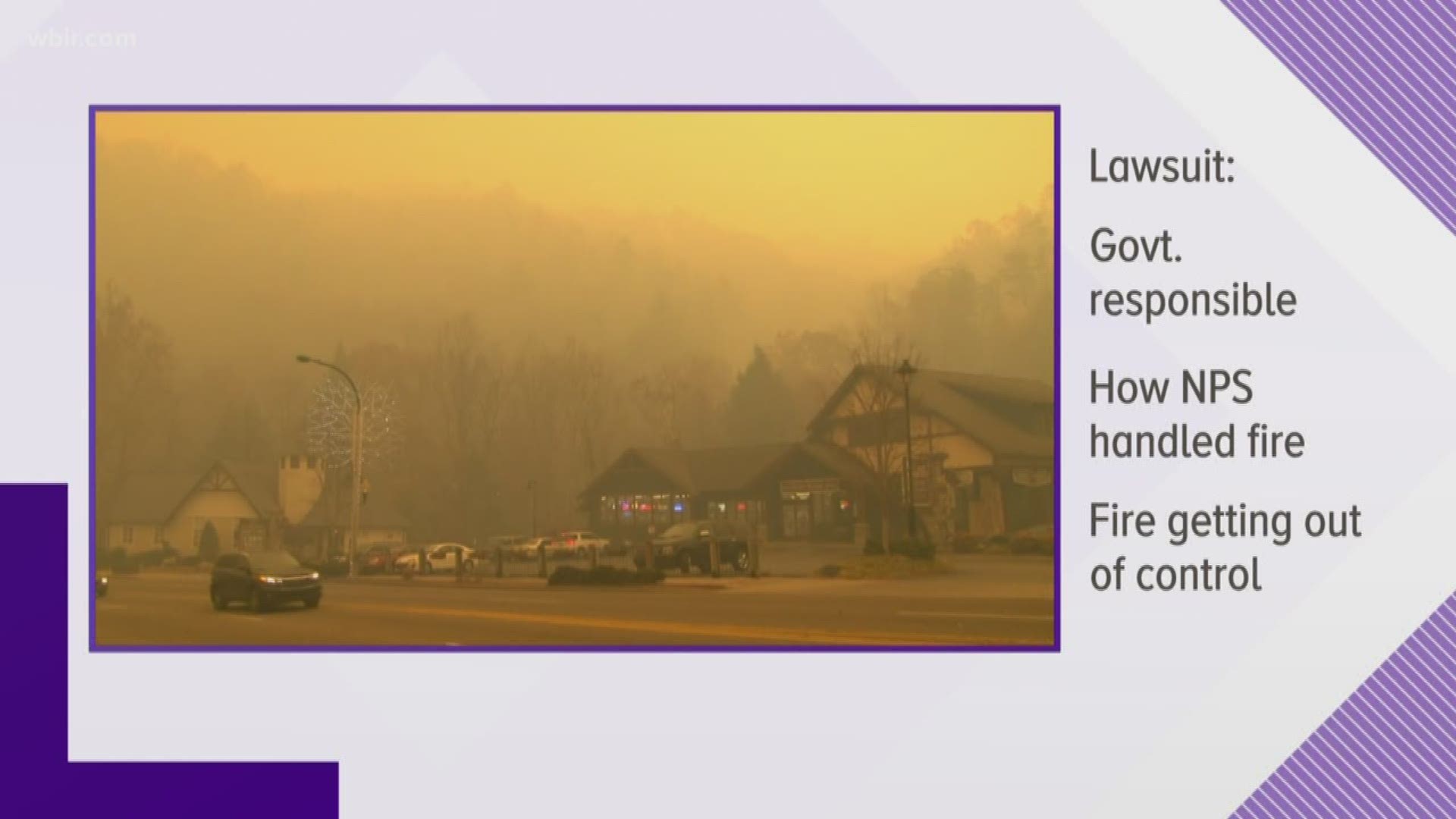 KNOXVILLE, Tenn. — A federal judge is letting a multimillion-dollar lawsuit proceed against the federal government over the November 2016 Chimney Tops 2 fire disaster.

Senior Judge Thomas Phillips, in a filing Monday, declined to support the government's bid to dismiss the case. The government argued the victims didn't have jurisdiction to sue.

One key aspect of Phillips' decision: Going forward the lawsuit will focus on the question of whether Great Smoky Mountains National Park officials failed to properly warn the public about the fire's danger. Other claims are being dismissed.

It's a high-stakes bid to recover damages after fire swept through Gatlinburg and other parts of Sevier County, destroying or damaging some 2,500 buildings and killing 14 people.

The blaze, amid a drought, started the afternoon of Nov. 23, 2016, the day before Thanksgiving, as a small arson on the remote Chimney Tops Trail in Great Smoky Mountains National Park. Authorities said it was set by two boys from outside Sevier County.

The remote fire, no more than 2 acres, grew very slowly over the next several days. National Park Service personnel determined to set up a 410-acre "containment box" around which they would control the fire.

Ground crews worked to douse the fire without success. By Sunday, Nov. 27, 2016, aircraft began dropping buckets of water. That, too, failed to put it out.

Knoxville-based photographer Kristina Plaas captured this photo of the Chimney Tops 2 fire on Nov. 26, just two days before it would roar into Gatlinburg. The fire began on Nov. 23. Two juveniles are charged with aggravated arson.

Late that Sunday, winds began to pick up and would not abate. The fire skipped across the park. By 6 p.m. Monday, it barreled toward Gatlinburg.

Winds gusting to more than 80 mph hit the town and surrounding communities. Thousands fled, some trapped on narrow mountain roads consumed by fire.

Plaintiffs in the lawsuit include Michael Reed, who lost his wife and two daughters, and Jimmy Vance, a retired lawyer whose wife May suffered a fatal heart attack while fleeing the inferno.

The lawsuit initially raised many alleged faults of the government such as its negligence in setting up that containment box and its failure to adopt a back-up plan if the containment strategy didn't work.

Phillips heard arguments in the case in July. The judge noted that plaintiffs' attorneys agreed the real crux of the lawsuit centered not on how the NPS fought the fire, but how it handled notice about what might be coming and whether it let the public down.

As a result, the lawsuit going forward will concentrate narrowly on that question, he wrote.

"...based on counsel's statements at the hearing on this matter, the court concludes plaintiffs have abandoned all claims of negligence except their allegation that the NPS negligently failed to warn of the danger posed by the Chimney Tops 2 fire," the judge ruled.

Michael Reed is searching for his wife, Constance, and two daughters after the Gatlinburg fire.

Phillips said he was convinced that the park's own fire management plan, or FMP, used language that indicates it had an obligation when it came to warning the public about the fire.

"...the court is not convinced that the FMP, on which plaintiffs also rely, merely contains guidelines for the NPS, at least as it relates to the failure to warn claim," the judge wrote.

The FMP "outlines those actions that will be taken by Great Smoky Mountains National Park in meeting the fire management goals for the park..."

The judge said the phrase "will be taken" in the management plan suggests the park had an obligation that was more than a guideline when it came to alerting the public about the fire threat.