In a 148-page lawsuit filed with the U.S. District Court in Knoxville, Reed is suing the U.S. government in the death of his wife and two daughters for more than $13 million. Another man is suing for the loss of his home and property. 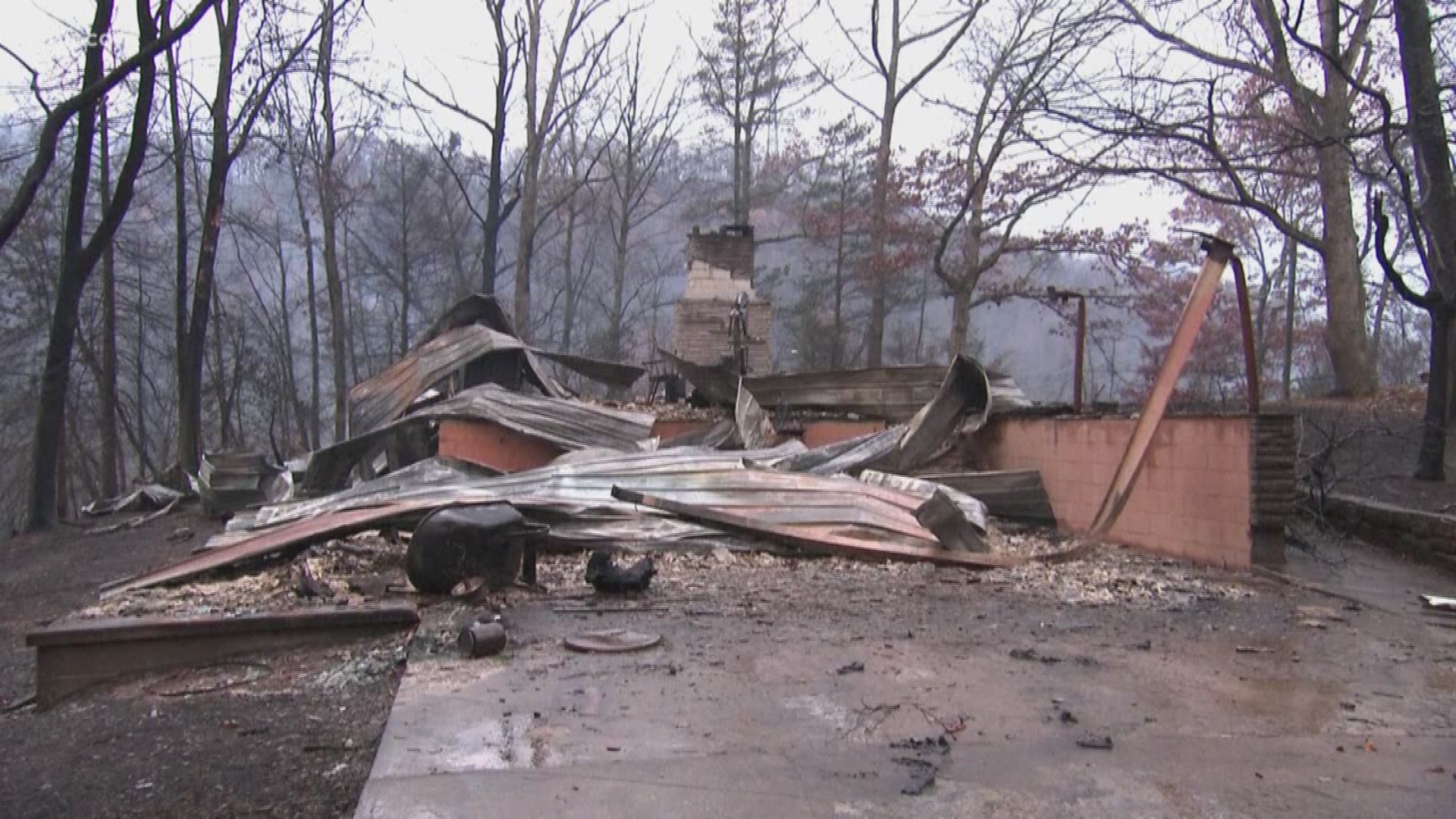 Gatlinburg, Tenn. — Michael Reed, who lost his wife Constance and two daughters Lily and Chloe during the November 2016 wildfires in Gatlinburg and Sevier County, is suing the U.S. government for millions.

Reed, who is asking for more than $13 million dollars in the lawsuit, is one of two plaintiffs in a joint lawsuit suing the government for their losses in the disaster. The second plaintiff, James L. England, is suing for $1.3 million for the loss of his home and property in the neighborhood behind the Ripley's Aquarium of the Smokies.

Many more alleged fire victims are expected to file similar actions, according to attorney Sidney Gilreath, who filed the lawsuit along with attorneys Lance Baker and Gordon Ball. 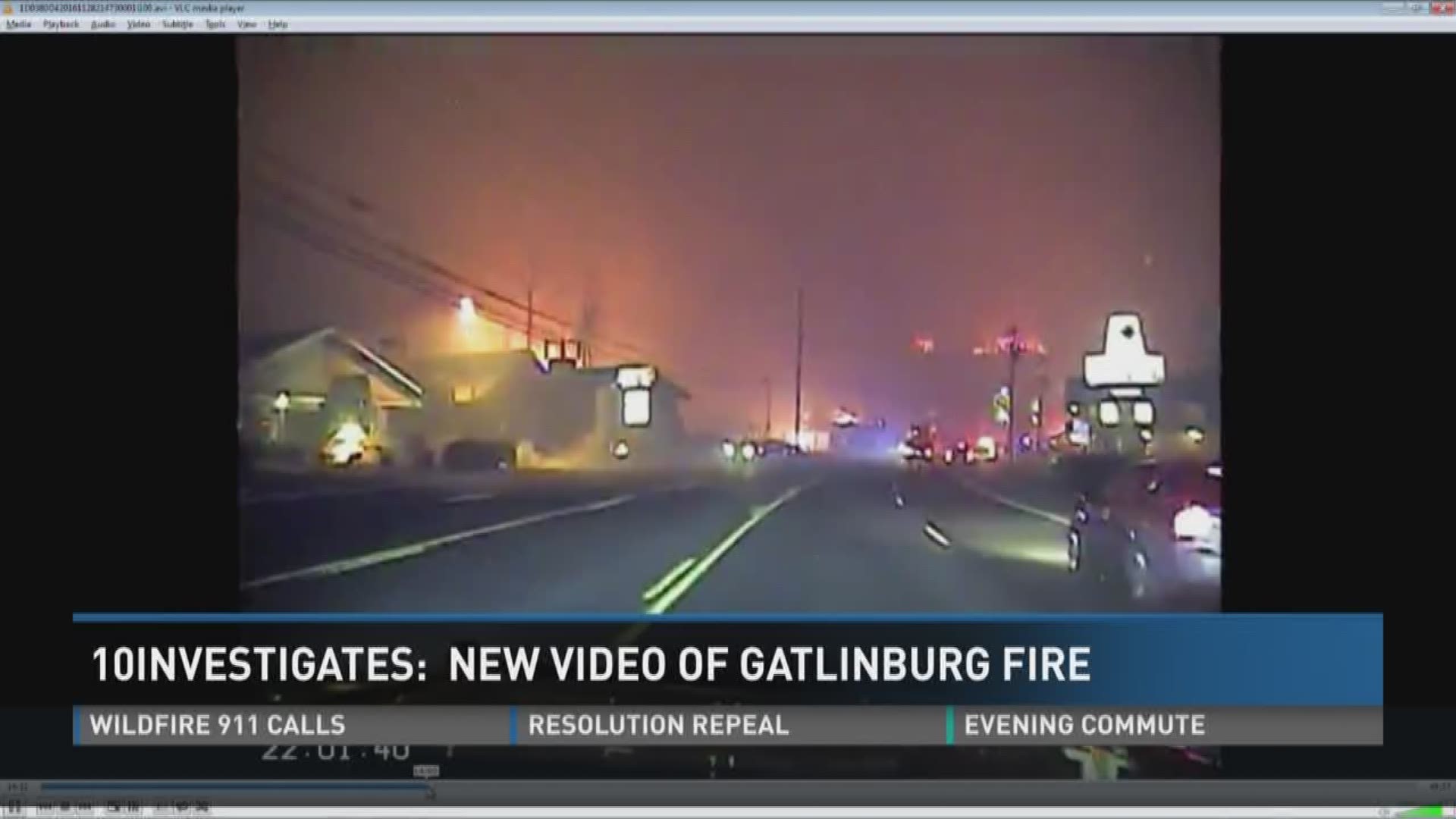 Personnel of the National Park Service are repeatedly referenced in the federal lawsuit for alleged failures in the fire disaster.

The suit claims that officials with the Great Smoky Mountains National Park failed to properly address the Chimney Tops 2 fire that burned in the park for nearly a week before striking Gatlinburg. It started as a small fire, apparently arson, at the top of the popular trail the day before Thanksgiving.

The expanding blaze swept into Gatlinburg and Sevier County with high winds on November 28, 2016, killing 14 people and damaging or destroying hundreds of homes and businesses.

The five counts mentioned in the 148-page lawsuit claim the two men are bringing action under the Federal Tort Claims Act against the U.S. for damages that arose from negligence and omissions on the part of employees and agents of the Department of the Interior and National Park Service in response to the Chimney Tops 2 fire in Great Smoky Mountains National Park. 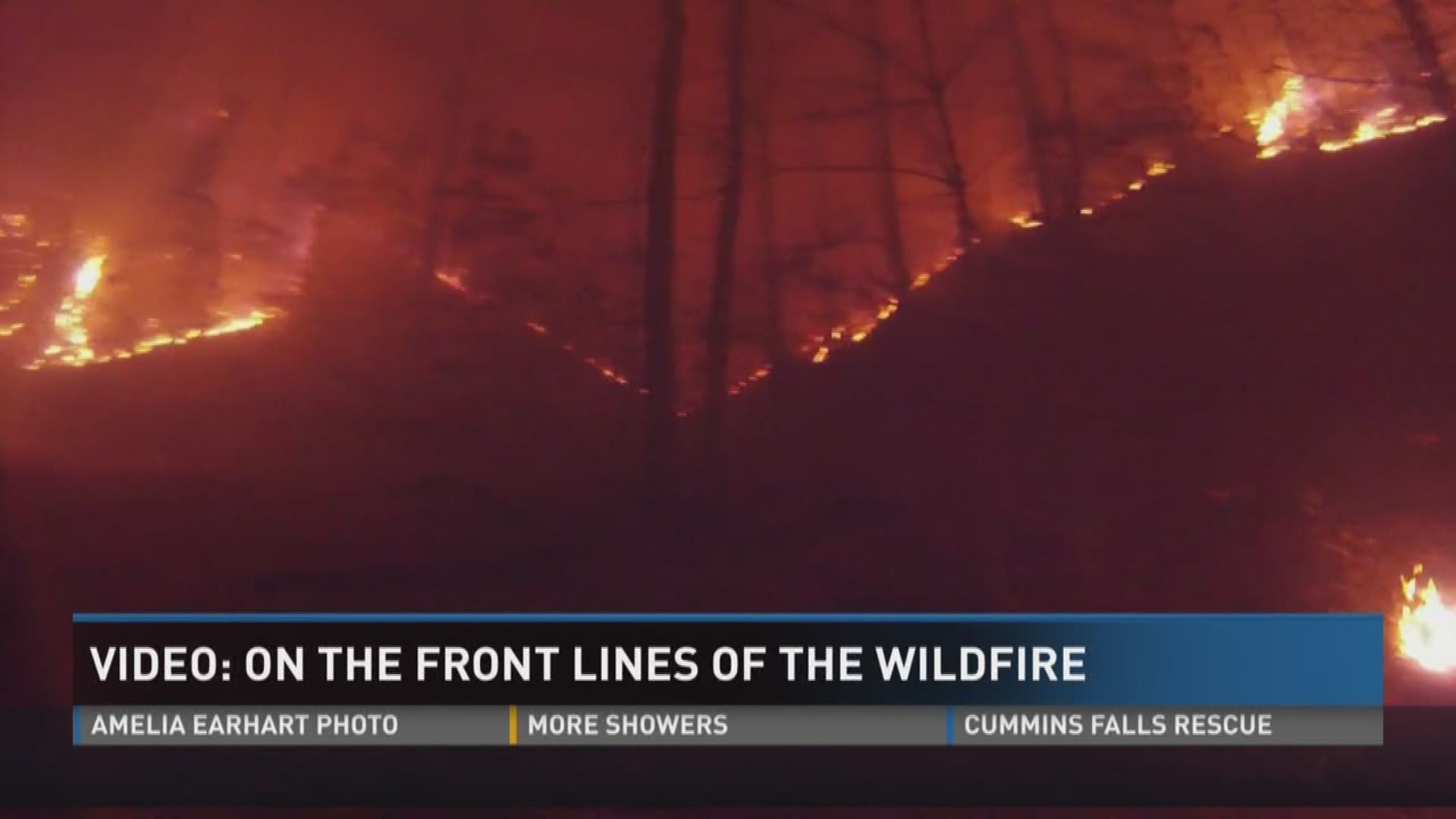 "Numerous experienced wildland firefighters believe The Chimney Tops 2 Fire fire required aggressive action and planning. But [Greg] Salansky [National Park Zone Fire Management Officer] and the Park’s senior leadership were too casual in their approach to suppress the fire," according to the suit. "From its discovery until the fire ultimately exploded out of control on Monday, November 28, 2016, Salansky and Park officials failed to monitor The Chimney Tops 2 Fire at all in the overnight hours, failed to mount a serious – much less effective – effort to suppress The Chimney Tops 2 Fire on the ground until it was out-of-control, and failed to order air-attack/air-tankers or additional personnel until Sunday, November 27, 2016." 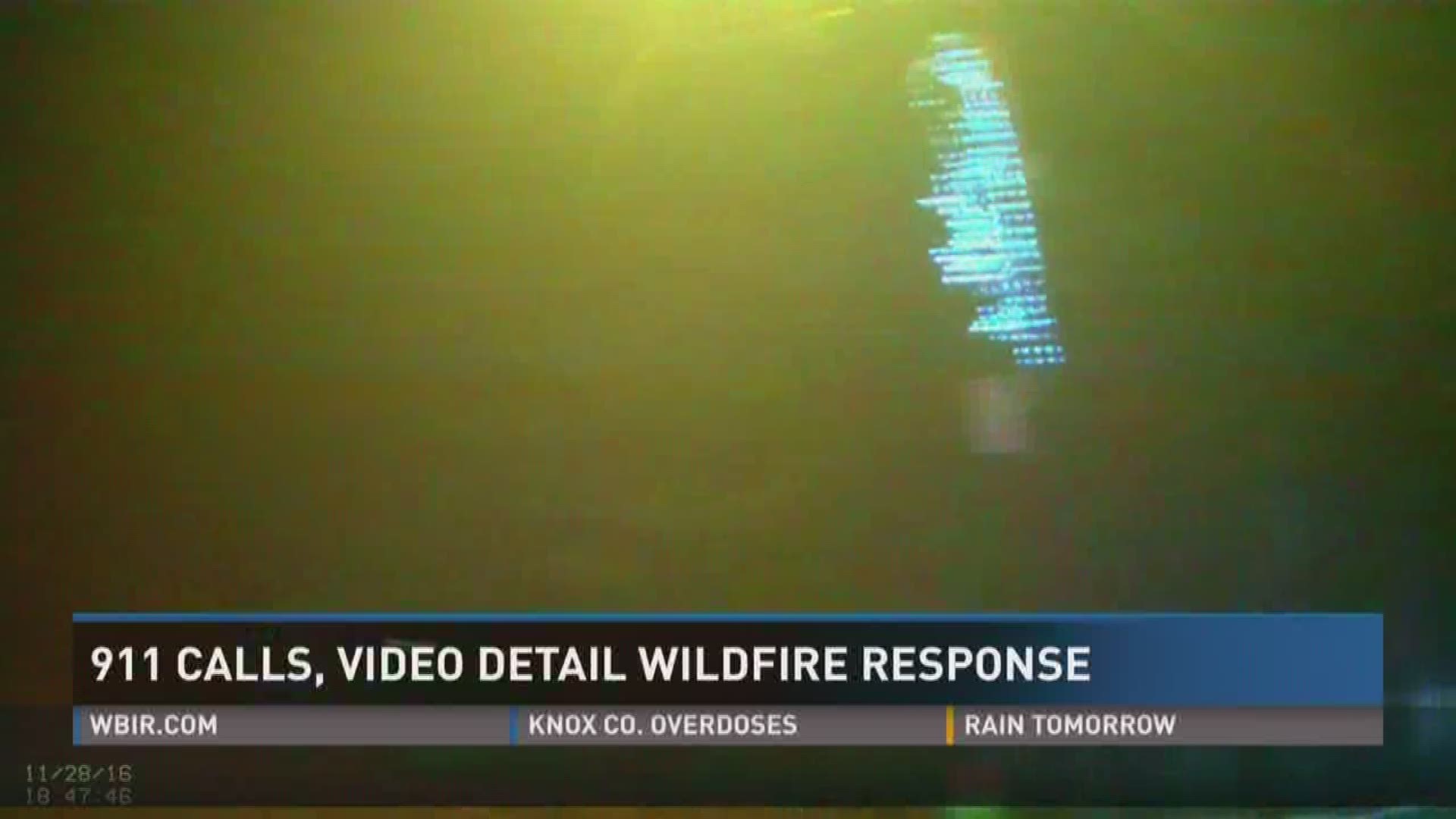 Further, the lawsuit states, conditions in the park were ripe for an explosive fire with years of accumulated undergrowth and dry conditions. Fires had been breaking out across East Tennessee in the weeks before Nov. 28.

The lawsuit addresses the alleged wrongful deaths of Reed's wife and daughters as well as negligence for failing to warn, adhere to mandatory fire management polices, failure to comply with command-structure requirements, and failure to monitor the fire as it burned for multiple days.

On the night of the fires, Michael and and his son Nicolas went into town to check out the status of the fires while his wife and daughters stayed at their home on Wiley Oakley Road.

At the time, Reed said he didn't realize how close the fire was until his wife called him to say it was next door. Without a vehicle, she couldn't get out. Reed told her to call 911 and tried to get back to his home. Ultimately, Constance, Lily and Chloe did not survive the firestorm.

Michael Reed is searching for his wife, Constance, and two daughters after the Gatlinburg fire.&nbsp;

According to the suit: "Mr. Reed told his son, 'we have to go back up there.' With his left hand on the steering wheel and his right holding his teenage son back in the passenger seat, Mr. Reed drove his Honda Odyssey minivan directly toward the smoke. Driving into the neighborhood, he found all of the houses burning, including his own.

Somehow, the two made it up the road but could not reach their driveway, as everything around them was burning. Mr. Reed got out of the van and screamed his wife’s name, but there was no answer.

Returning to town and hoping the rest of their family had escaped the fire, Mr.Reed and Nicholas made it to the LeConte temporary shelter, where, for two days, Mr. Reed showed everyone he met photos of his wife and two daughters.

After escaping their burning home, Mrs. Reed, Chloe and Lilly had taken shelter in a nearby house. But it was too late: the fire caught up with them. Authorities recovered their remains about six days later in a house not too far away from their own." 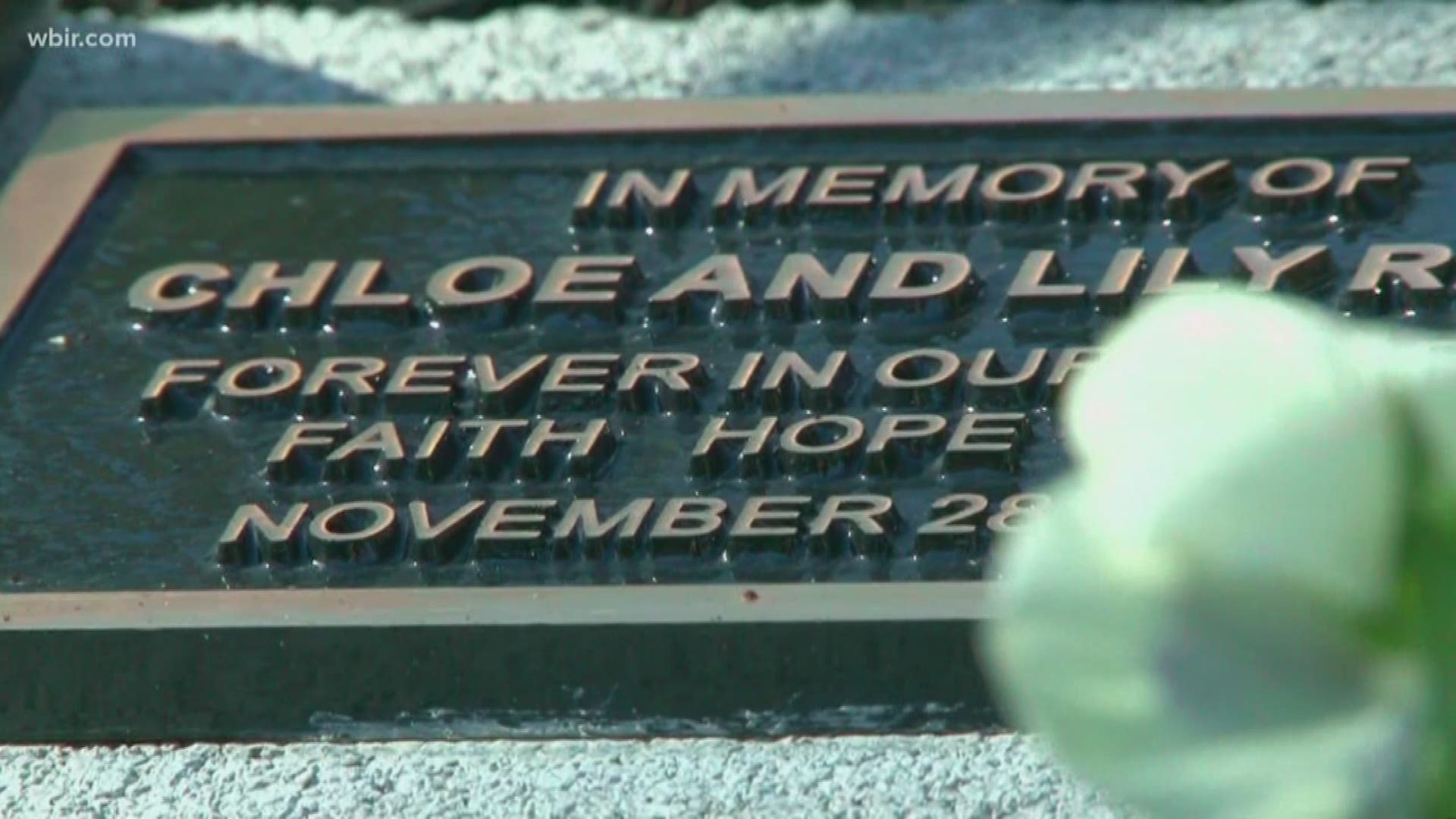 The suit also says Reed lost his 2,500-square-foot home, its entire contents, and the family's two dogs and a cat.

England owned a home in the Greystone Heights neighborhood. Just after 9 p.m. Nov. 28, according to the lawsuit, he saw the fire heading straight towards him. He and a visiting friend ran from the house to attempt to escape in his vehicle, but had an accident. 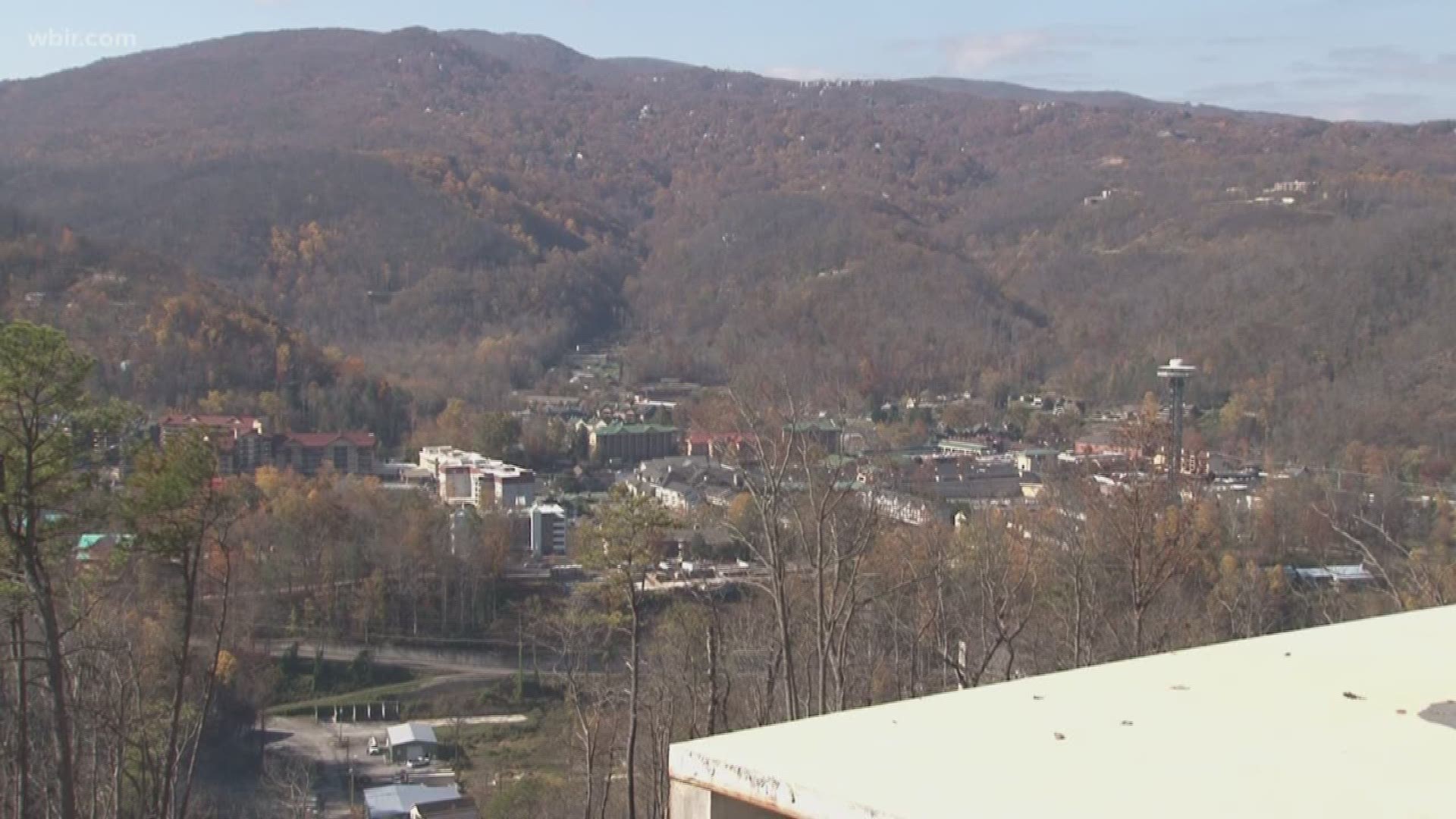 "Mr. England knew that an elderly neighbor was at home nearby and knocked on the man’s door. The neighbor answered. Mr. England told him 'we gotta go.' They all got into the neighbor’s van, with Mr. England driving – the van’s tires rolling in the ditch – with the neighbor sitting in the passenger’s seat navigating them down the mountain. As they fled, they looked back and saw Mr. England’s home fully engulfed in flames. Fortunately,all three made it safely down the mountain," according to the lawsuit.

The suit goes into great detail about how the fire was discovered and eventually spread, and lists alleged failures on the part of park officials, mentioning them by name as well as officials from the city of Gatlinburg, though they are not named individually as defendants in the suit.

The suit claims that if park employees acted reasonably and in accordance with the Fire Management Plan and other protocols, "the Chimney Tops 2 Fire would have been contained before leaving the Park and Plaintiffs would not have suffered the injuries and damages described above."

It also claims if the plaintiffs and other fire victims had been notified of the danger, "they would have been able to take measures to protect their lives and their properties, or at least ensured the NPS or local agencies took measures to do so. They would certainly have had sufficient time to evacuate."

An internal review team that looked at events leading up to the fire found the blaze itself was unprecedented for East Tennessee.

Gilreath, one of the attorneys who filed the suit, told 10News they plan to file several hundred more lawsuits on behalf of fire victims in the coming months.

We talked to a local law expert who said anytime you go up against the federal government it's an uphill battle.

The government has unlimited resources to use in a case and that generally means they have more experts on any topic when they go up against different lawsuits.