With West Nile found, how do you prevent mosquito bites?

The EPA says the DEET in bug spray is safe--but if you're looking for other options, what you drink might deter the bloodsuckers. 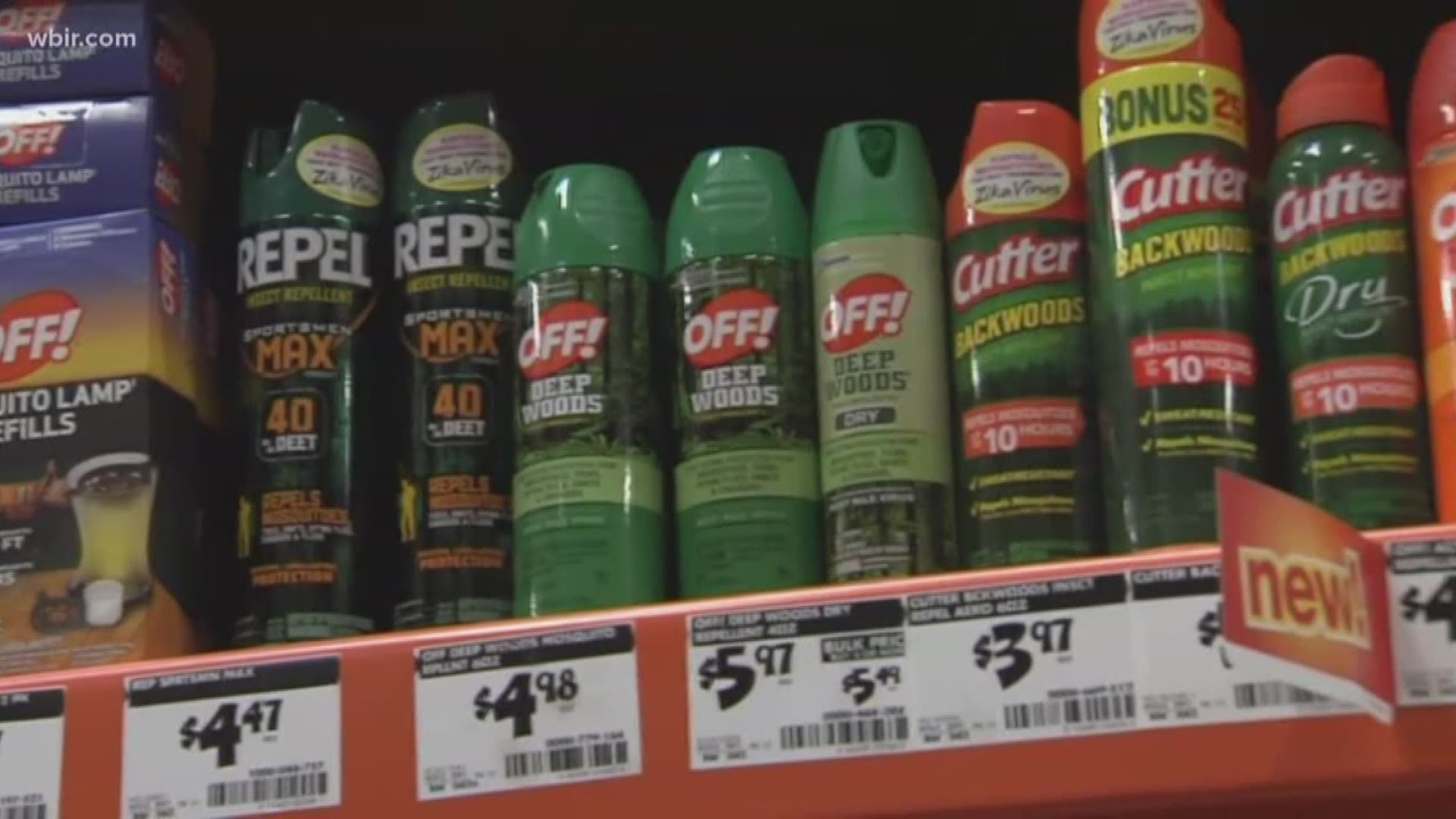 Knoxville — If you have spent any time outside this summer, you've at least seen them. If you're unlucky, you've come back in with a couple itchy bites.

It's mosquito season -- and now that the Knox County Health Department found some of the insects in parts of the Knoxville area carrying the West Nile virus, it's a good time to think about how you protect yourself and your family from getting bitten.

"It's really annoying. They're just -- you go out there certain times of the day and they just swarm you and you can't get away from them," said Jay Meeks, a runner whose course takes him through Ijams Nature Center in South Knoxville.

The virus-carrying pests were found

You've heard all the tips before: Remove standing water in your yard, put on bug spray and wear long sleeves. But let's face it: it's too hot for jeans, and sometimes bug spray can be a little icky.

The EPA says DEET in bug sprays is safe.

Stephen Hill said he makes sure his 3-year-old son is fully coated before they go on their weekly walk.

"Usually we spray for them," the father. "Before we get out of the car, we spray. If we don't spray we get eaten up."

But some are more wary.

"I'm kind of concerned about the chemicals in bug spray anyway. I'd rather just take my chances," said Knoxville resident Sophie Nguyen.

If not bug spray, what else can you do? Ken Carden, who spent Sunday on a nature walk at Ijams, had an idea.

"I guess if you eat enough garlic, it'll keep mosquitoes and your friends away," he laughed.

That's a smelly solution that's not likely to get you anywhere.

A 2005 study from the University of Connecticut says garlic really doesn't deter the skeeters.

Illnesses from insects are actually on the rise. Mosquitoes can carry the West Nile virus. But most people who get it don't even know. Only one in five will show symptoms and one in 150 will develop serious illness.

But even if West Nile isn't a major concern for you, 7-year-old Mia Rivera may have said it best when asked why she hated mosquitos.

In other words...the little suckers drive us crazy.