"It freaked me out, it freaked the bear out. I think we were both just kind of shocked." 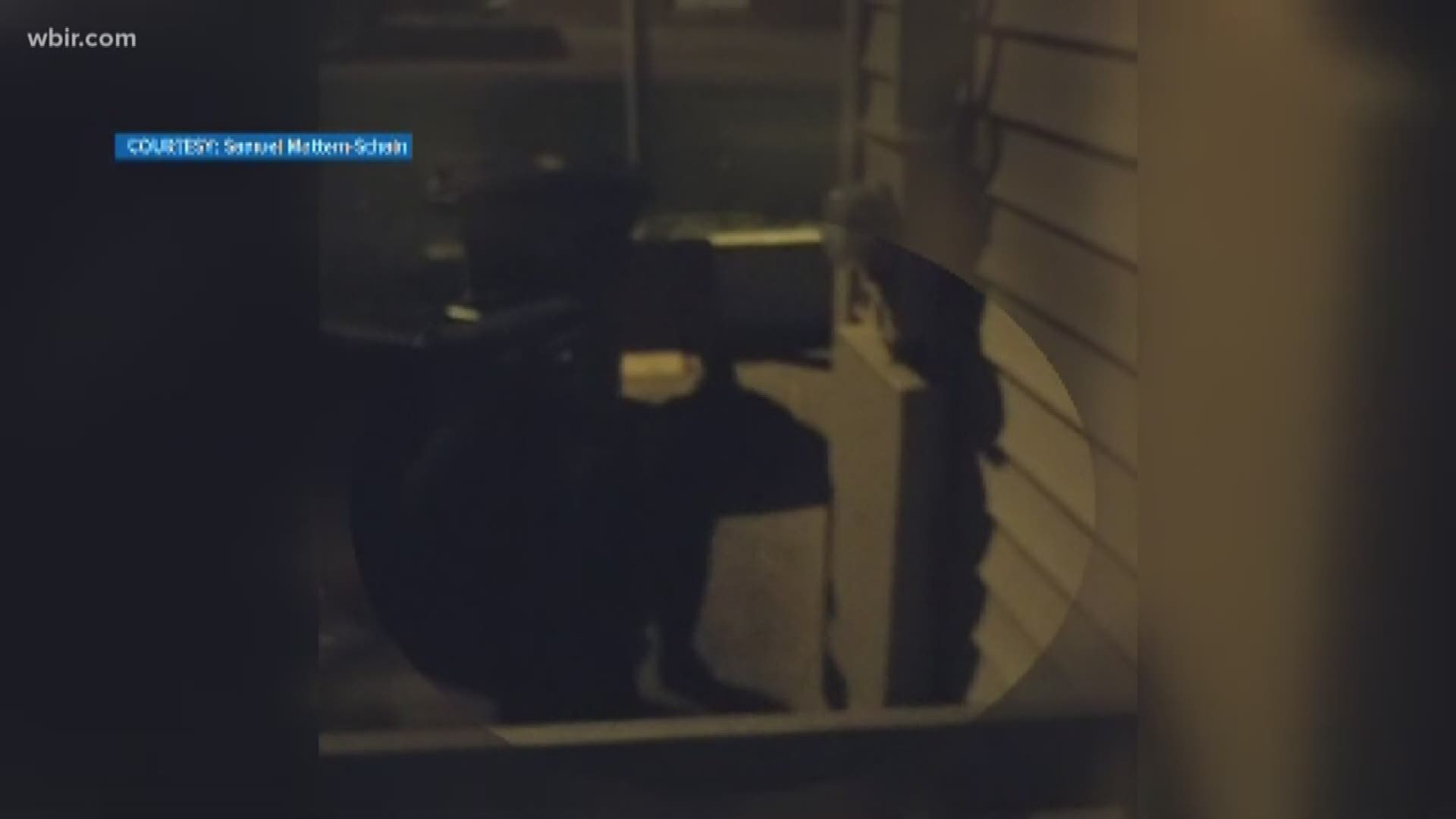 Early Saturday morning, Julia Greene was waiting for her dogs to come back inside from her South Knoxville backyard when she heard a loud sound.

Instead, she came face to face with a hungry black bear, feasting on the contents of a neighbor's trashcan.

But while Greene may not have seen a bear before, this is far from the first one spotted in Knoxville.

In 1997, ahe same year, a bear was tranquilized in the old city.

In 2008 a man and his wife spotted a bear near West Town mall and in 2010, one was hit near Callahan drive.

Two years later, a bear attracted a lot of undergrad attention when it climbed a tree on UT's campus. It fell to a tranquilizer dart.

And earlier this year, a bear was photographed in a Cracker Barrel parking lot near East Town Mall.

It jumped on top of a teen's car, denting the top.

The TWRA says bears often travel through urban areas by following corridors cut through the woods by power lines. If you see one, wildlife officials say to stay away and don't feed the bears.