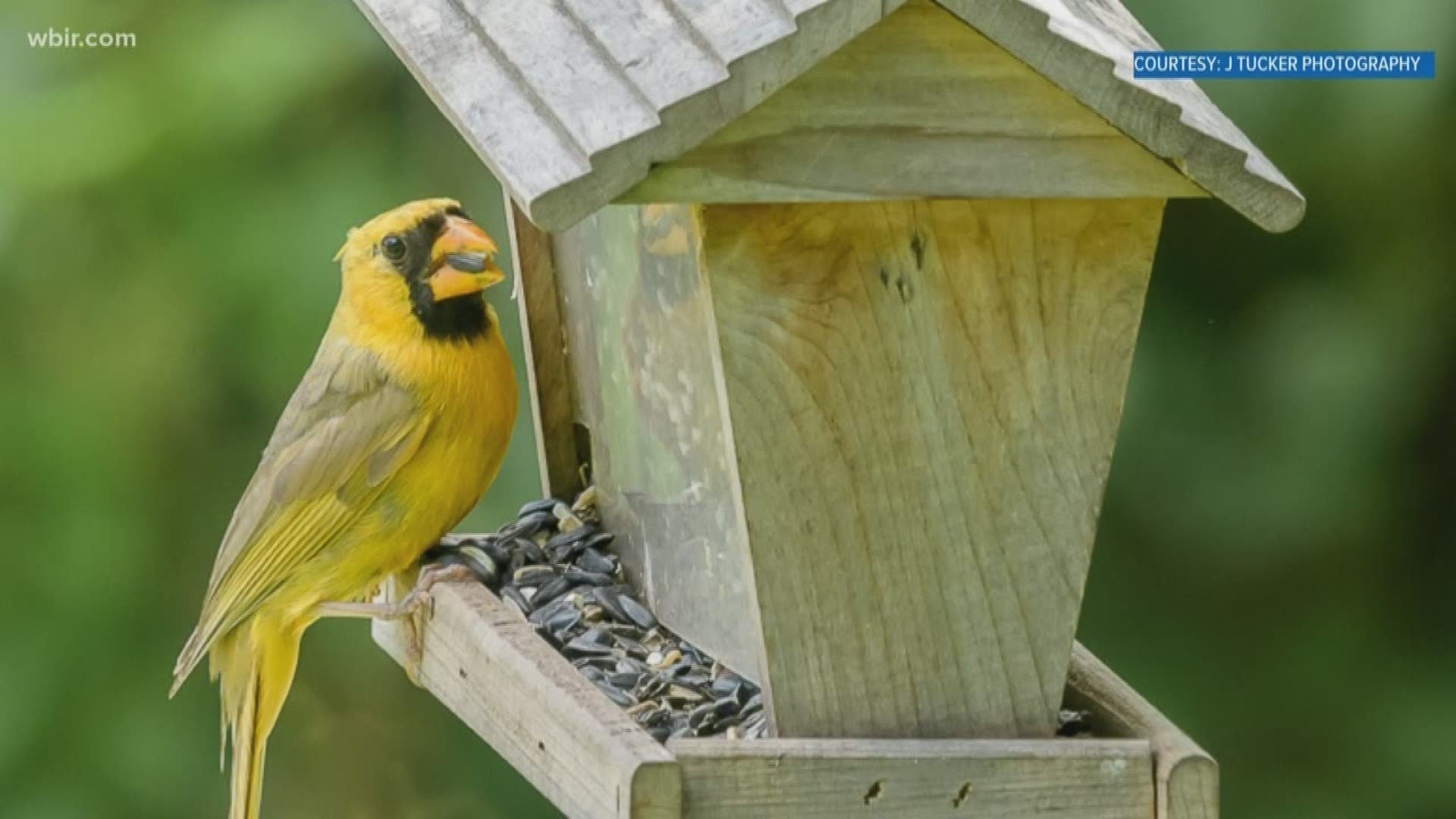 KINGSTON, Tenn. — A local photographer encountered a redbird that was anything but red.

Photographer and Knoxville Ornithological Society president Jimmy Tucker heard about a rare yellow cardinal sighting in Roane County, so he decided to head over and take a few beauty shots. His photos are now being featured in Southern Living Magazine.

The bird had been frequenting the home of a retired Oak Ridge National Laboratory biologist in Kingston who named it 'Yellow Saffron.'

Yellow cardinals are very rare, and some avid birdwatchers say they've gone their entire lives without ever spotting one. One had been spotted in Alabama recently (and has since had several children), and another was spotted in Georgia.

►READ MORE: Ala. photographer captures 'one in a million' yellow cardinal

According to Audubon, the coloration is likely caused by a genetic mutation that turns its normally red plumage pigments to yellow, but it could also happen for other reasons such as health issues.

A cardinal's plumage can take on other rare colors, such as white or dual-colored.