Young-Williams, KPD outraged by 'unspeakable cruelty' after a puppy was thrown from an Alcoa Highway overpass

"While this puppy’s story represents some of the worst malice inflicted upon an animal – sadly she is not alone." 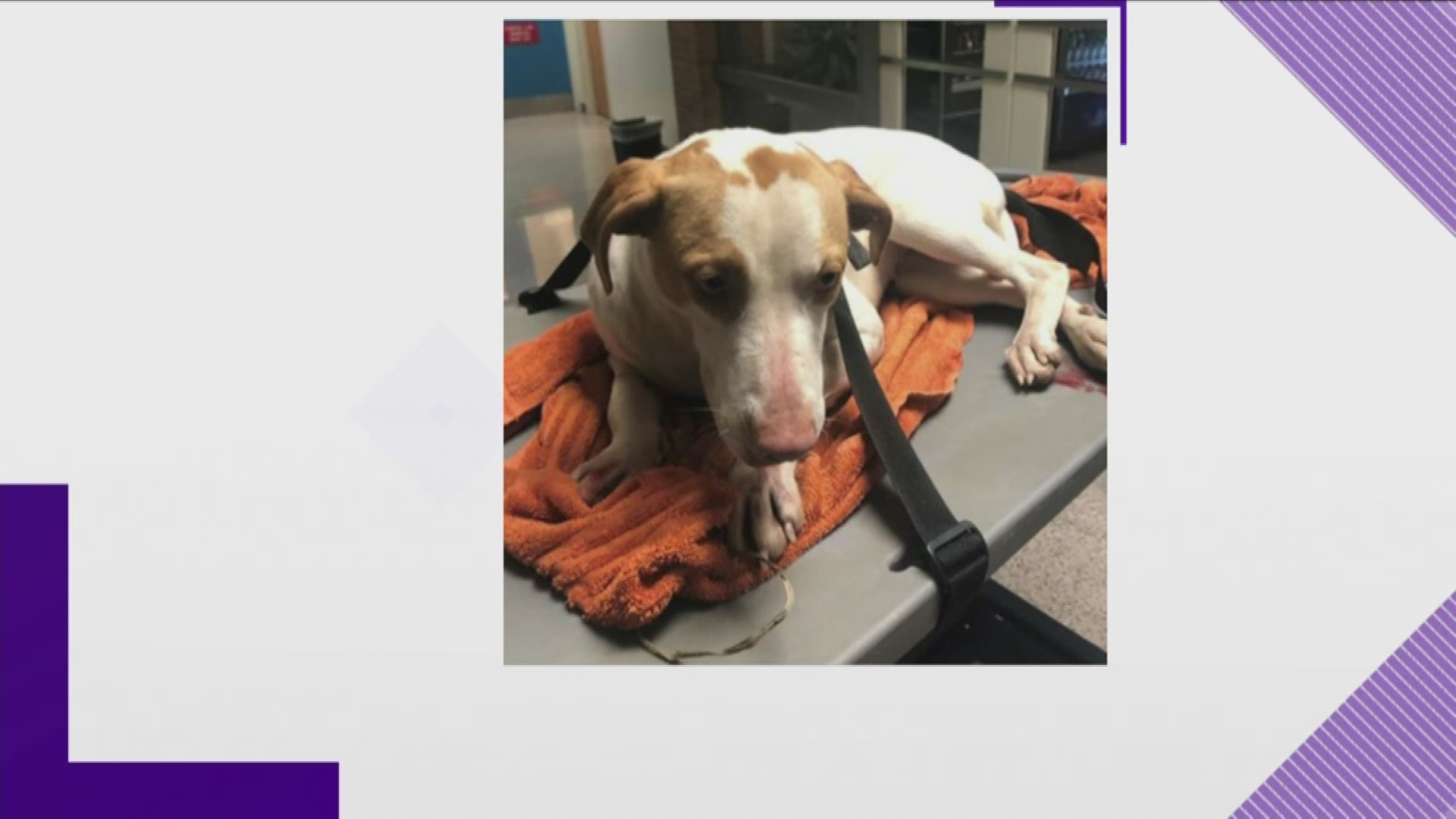 Young-Williams Animal Center said it is joining East Tennesseans in renouncing an "unspeakable cruelty" after someone threw a puppy off an Alcoa Highway overpass early Monday morning.

According to a KPD report, an officer was parked underneath the Alcoa Highway overpass, just east of Tyson Skate Park, working on paperwork at around 3 a.m.

"I heard a deep male voice grunting/cursing and shortly after I heard a loud impact sound with what appeared to be a dog whining a few yards in front of my patrol vehicle," the officer said in the report. "Upon approach, I observed an injured female dog that had been thrown off the Alcoa Hwy overpass."

KPD said the dog was bleeding from the mouth, had abrasions on its paws and appeared to have a broken back leg.

"Like the community, we were shocked, saddened and angry. We are proud of our officers for their immediate and compassionate response to ensure that this dog received the care it needed," KPD said.

The dog was taken to the UT Veterinarian Medical Facility for treatment. KPD said the injuries were not life-threatening.

Once the dog is well enough, Young-Williams Animal Center said they expect she will be transferred into their care. As of Tuesday night, Young-Williams said the dog was still being treated.

They praised KPD for officers' "swift and compassionate work to care for the animals," and said they appreciate the outpouring of support they've seen from East Tennesseans.

"We appreciate the interest and outpouring of concern for this puppy, and we join the East Tennessee community in renouncing the unspeakable cruelty this innocent animal had to suffer needlessly," Young-Williams said.

Young-Williams said this puppy is not alone in seeing the "worst malice inflicted upon an animal."

"We encourage everyone who is angry, tearful or feeling hopeless to join us in our work to care for these animals who deserve so much better," they said.

Young-Williams is asking anyone wishing to help them care for the puppy to donate to the Harry and Carolyn Galbraith Animal Compassion Fund, which was created to help provide resources to treat animals with medical and behavioral issues that would have otherwise left them unadoptable.

KPD is still investigating and a suspect has yet to be identified.

They are asking for tips and information related to the incident to "seek justice for this poor animal." It is asking people who thinking about posting rewards to find a suspect to instead donate money to Young-Williams'  Animal Compassion Fund.

"Donations to the Animal Compassion Fund will directly benefit this puppy and others like her who need extra care and attention on the way to finding safe and loving homes," KPD said.