Zip codes tell tale of Narcan use in Knox County

A report from the county health department shows who is most likely to need the OD-reversing drug--and where. 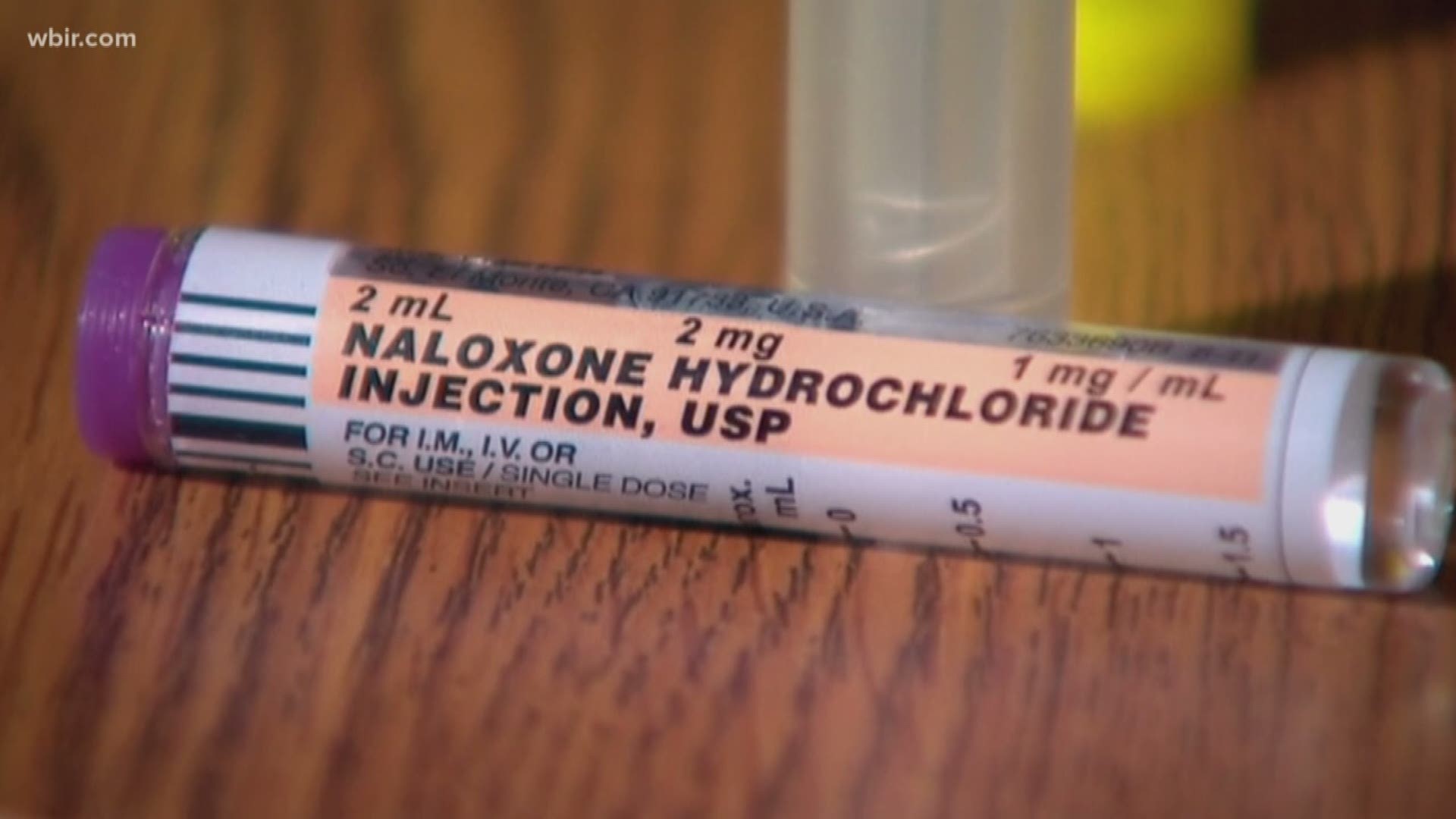 The report, released Monday, has details of who, when and where emergency crews administered Narcan.

Naloxone, the medication in the branded Narcan, can reverse overdoses. The health department says it is administered by first responders when a person is suspected of overdosing.

"Naloxone typically works within five minutes depending on the amount and the type of opioid the individual has taken," the department said.

Across East Tennessee, first responders carry Naloxone -- and save lives.

The report from the county shows when they use Narcan -- and how often: on average emergency crews administer it four times per day in Knox County.

"90 percent of the time people only get it once," Dr. Martha Buchanan, the director of the health department, said. "There are places that have multiple calls, most of those places are places that house more than one person."

But sometimes first responders give it to the same person more than once.

The average is 2.4 times, with some people getting the drug up to seven times.

The report also shows who is more likely to OD.

The vast majority of cases were white men, most of them in their 20s or 30s.

"Those are people in the prime of their life," Buchanan said. "We see a lot more white men using opioids as their drug of choice. That data is trending across the country."

Use of naloxone among African-Americans declines 10.6 percent since the first report, but Buchanan said more research is needed as the county coroner saw an increase in suspected deadly ODs in the black community.

Where in the county are first responders treating ODs? The short answer is everywhere.

"This is all over our community. It's not just one zip code or one area," Buchanan said.

But there are some areas with higher OD rates.

Areas in South and Northwest Knoxville had higher rates of Naloxone use.

HOW TO USE THE DATA

"The use of naloxone saves lives," Buchanan said. And this report underscores that.

Tracking the data helps make sure resources are going where they're needed and partners like the Metro Drug Coalition can use this data to help educate communities where rates have gone up.

Sometimes you ask us here at 10News why first responders bother to bring addicts back to life.

"These are human beings who deserve a second chance," Buchanan said. "And that life that's being saved is somebody's son or daughter or mom even."

The short answer: people who need our help.