Zoo Knoxville said the ceremonial groundbreaking marked one of the largest and most important projects in its history. 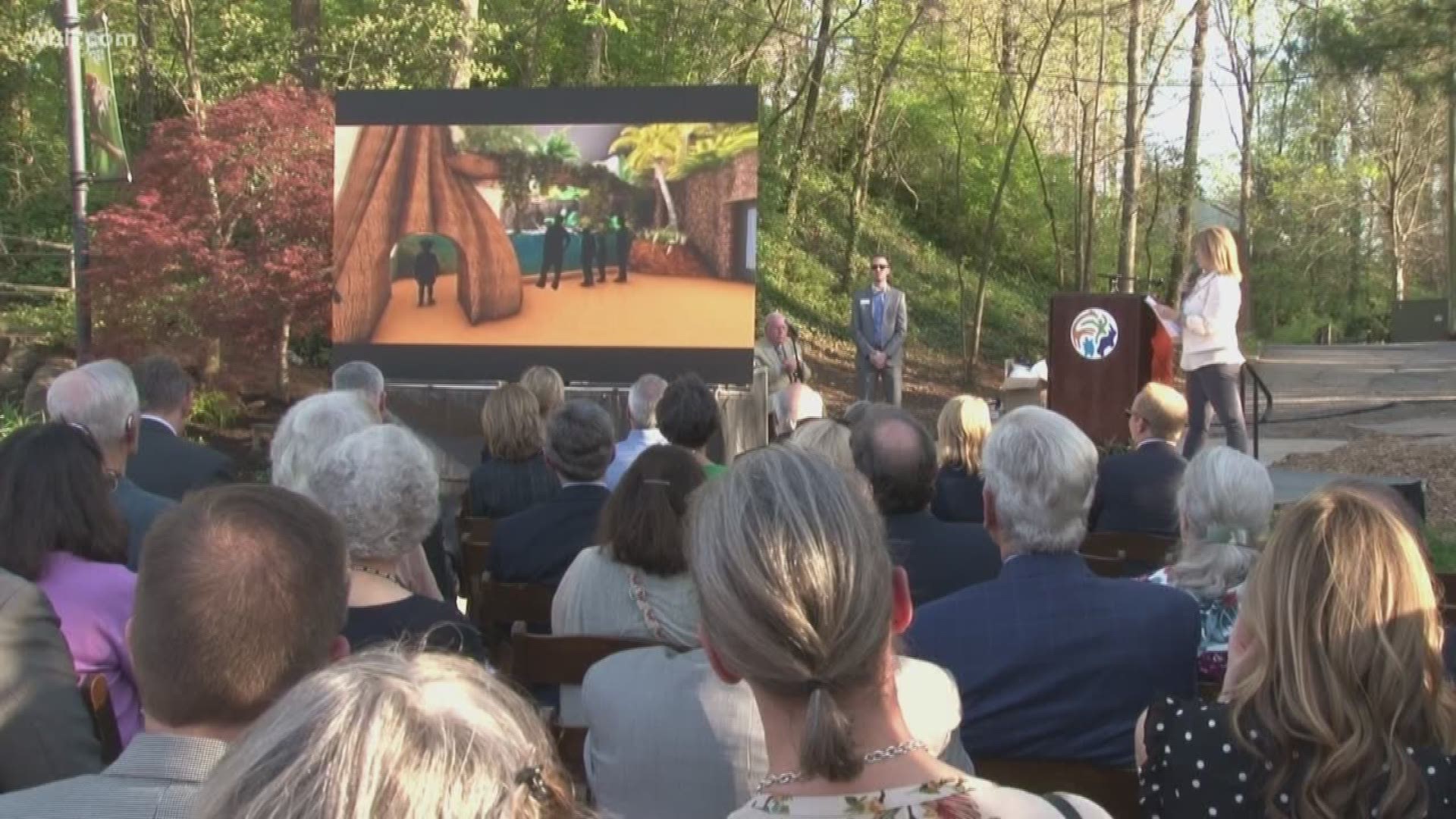 The Zoo also received a sizable $5 million joint donation from Jim Clayton and FirstBank -- a gift that will support this major project in the zoo's Dream Wilder capital campaign.

Zoo Knoxville said the groundbreaking marked one of the largest and most important projects in its history. The new $18 million facility is set to open in 2021.

Officially named the 'Clayton Family Amphibian and Reptile Conservation Campus (ARCC), the 2.5-acre addition will support work to help critically endangered amphibians and reptiles. It will include a 12,000-square foot reptile facility that will be named the 'FirstBank ARC Center.'

The zoo said the ARCC campus will live up to its acronym by being a modern day 'ark' to save species from extinction.

"The ARCC will also bring exciting new species such as Cuban crocodiles, a greenhouse that allows guests to enter to watch herpetologists at work and a large outdoor ecological habitat where children can collect specimens and take them back to the Adventure Lab to discover," the zoo said.