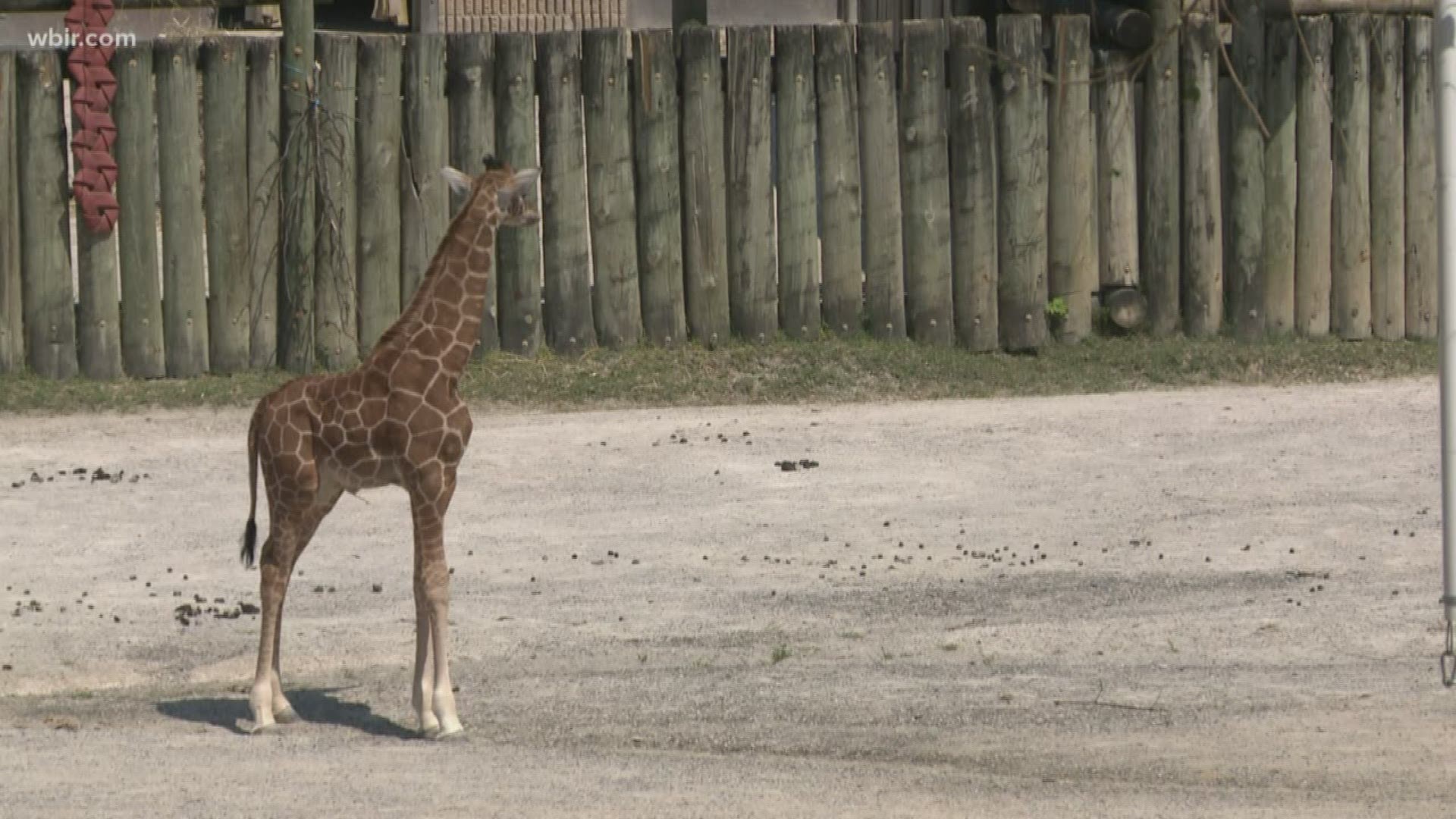 Just three months old and already weighing more than 300 pounds, it's safe to say that Bea is the biggest baby at Zoo Knoxville!

The giraffe calf, born on July 1 to first-time mom Frances and Jumbe, is growing fast and doing great, according to her keepers.

The zoo posted a video on Thursday updating everyone on how Bea is doing.

Zookeeper Amber Howard said Bea is gaining over twenty pounds a week, which is totally normal for a baby that's already 7 1/2 feet tall!

She was the first giraffe calf to be born at Zoo Knoxville in 17 years, so she's the first one that some of her keepers have ever cared for.

They spend the mornings working with Bea, training her to allow them to touch her and follow simple commands. This will make it easier in the future for when they have to do medical treatments on her as she continues to grow.

Howard said the big girl has a lot of personality!

"She is very sassy. Definitely does what she wants when she wants, which is more fun for us!" Howard said.

She's out and about in the Grasslands Africa exhibit every day now, along with her mother and the other members of the herd.

She loves to eat greens like lettuce, but collard greens are her current favorite treat.