Philip Denny said all it took was one step and he was waist deep in mud on the side of the road. 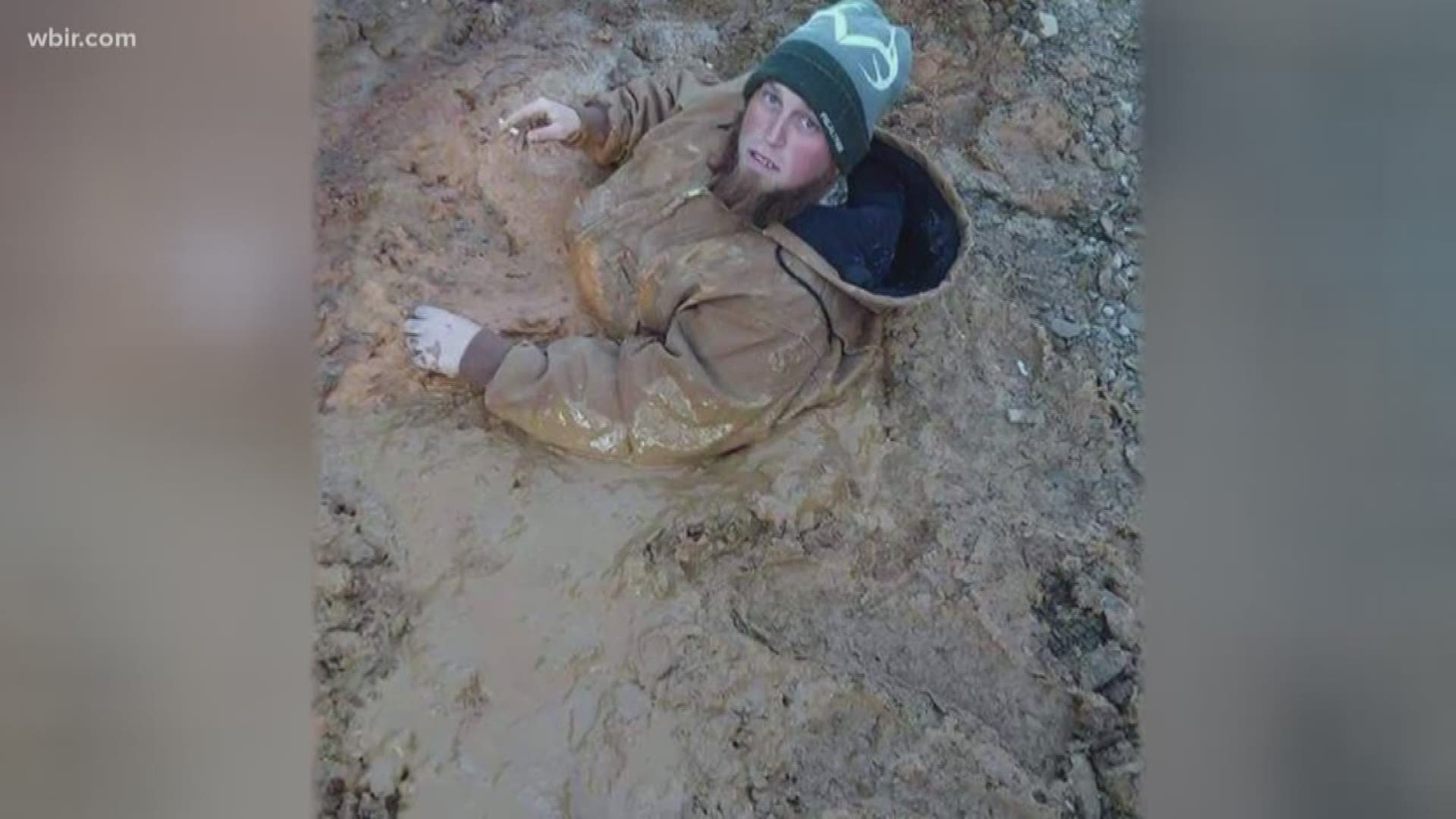 NEWPORT, Tenn. — Philip Denny and his family said just two weeks ago, the only road leading out of their neighborhood was completely flooded.

"This whole thing was underwater," he said. "You couldn't get in or out."

But once the water started to go down, an entire chunk of High Point Road, in Newport turned into a giant stretch of mud.

Denny and his brother-in-law decided it was time to do something and attempted to dump rocks on Wednesday and that's where things took a turn.

"We was trying to put slate rock in that driveway and next thing I know I'm in the ground," he said.

With one step, Denny sunk waist-deep into the mud and he couldn't get out.

"I'm not the only one, two other people got stuck too, but they were able to get out," he said.

"My family tried to pull me out for about 30 minutes and then we knew it was time to call emergency services," he said. "When they got here, it took them three whole hours to get me out."

Denny said he was then taken to UT Medical Center and doctors treated him for hypothermia.

"I was terrified, the first thing I thought when I fell was I'm gone," he said.

Denny and his family said problems with this road aren't new and they've reached out to multiple people for help.

"We contacted the mayor, the county and the school system, but no one knows what to do," he said. "There are nine people who live up here and about 15 kids so that is a concern."

As of now, the family plans to continue loading rock onto the road to block some of the dangerous areas. Denny said that is really all they can do until someone comes forward to help.

"It is just dangerous and we just want to be able to get our kids groceries, he said."