"It's a surreal moment. You get to really feel like you're a part of history at that point." 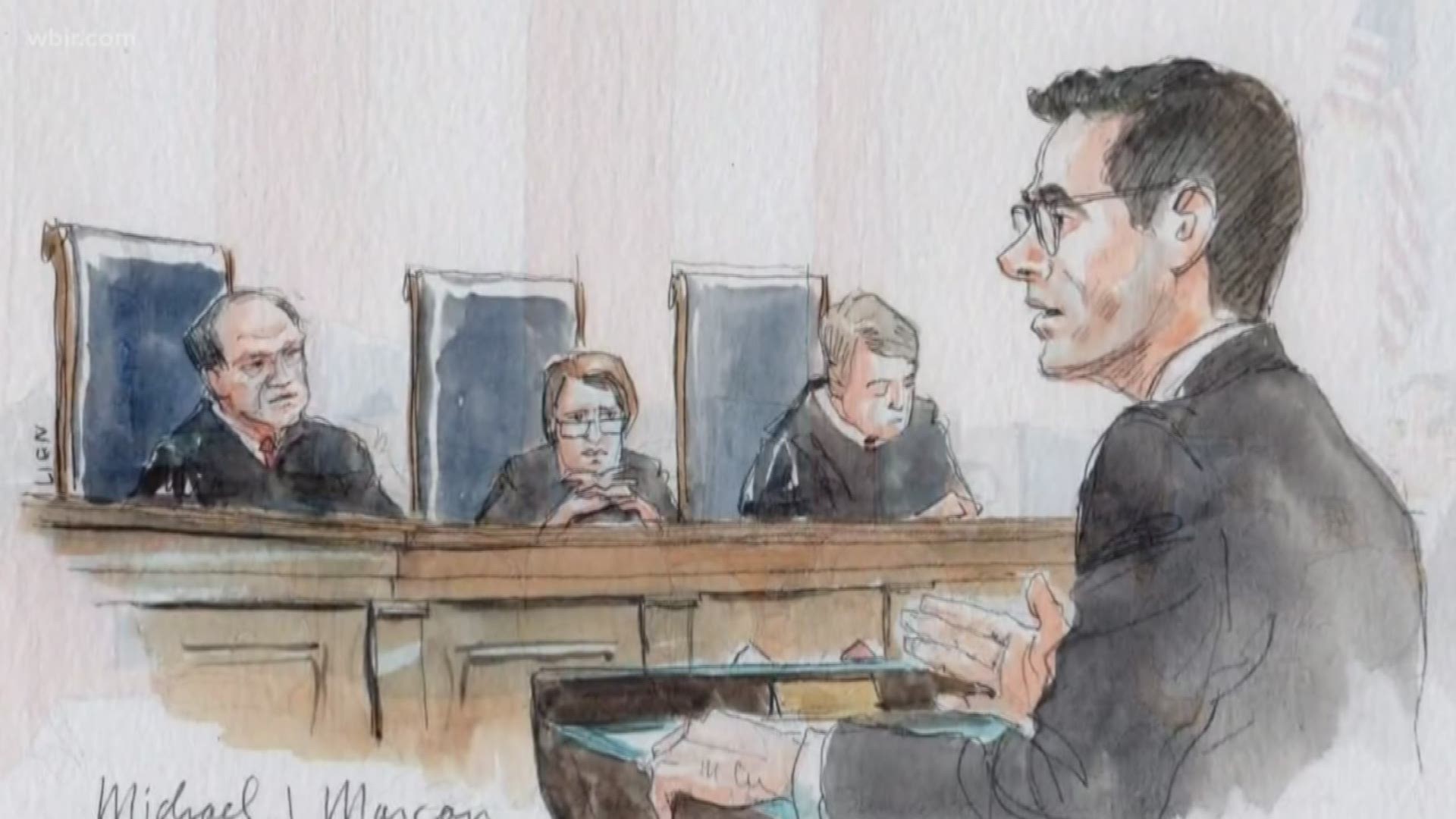 MARYVILLE, Tenn. — Five Maryville College students are back from Washington D.C. The group went to witness the Supreme Court hearings on whether or not President Trump had the ability to end DACA.

Yoshua Martinez was one of those students. He is also a DACA recipient himself.

"It's a surreal moment. You get to really feel like you're a part of history at that point," he said.

Martinez said while many people did not get a chance to get inside, once they arrived they realized something major was happening outside as well.

"We saw people from so many different groups, and at that point, it was clear this wasn't just a Latino issue," he said.

On Tuesday, the justices listened to oral arguments. A decision is expected by June 2020.

Nearly 200 protesters from New York are marching to Washington, D.C. ahead of Tuesday's DACA hearing.

About 500 miles away, Maryville College Sophomore Alexa Maqueo-Toledo, along with four classmates, plans to go too.

"I'm going to D.C., to the Supreme Court specifically, for the DACA case coming up," said Maqueo-Toledo. And, her reason is a personal one.

"I'm a DACA recipient, and it's kind of my livelihood, and I kind of want to put a face to it," she added.

The hearing comes after President Trump ruled to phase out the program in 2017.

"The program known as DACA that was effectuated under the Obama administration has been rescinded," said Jeff Sessions, former Attorney General under the Trump Administration, when the announcement was originally made.

It's a move that lead several individuals to file lawsuits. Now, many of those cases rest in the hands of the Supreme Court.

The decision also matters to Jose Franquez, who's going to school to be an accountant. He's also a DACA recipient.

"Obviously, I have that personal aspect to it," said Franquez. "It affects me directly, what they decide at the end of the day."

He and Maqueo-Toledo will be joined by Alejandra Yanez, who was born in the United States but plans to show her support.

"There needs to be people that advocate for them," Yanez said.

Tuesday's hearing will consist of oral arguments. Those statements could change the lives of as many as 800,000 people.

RELATED: For 30-somethings, stakes are high over future of DACA