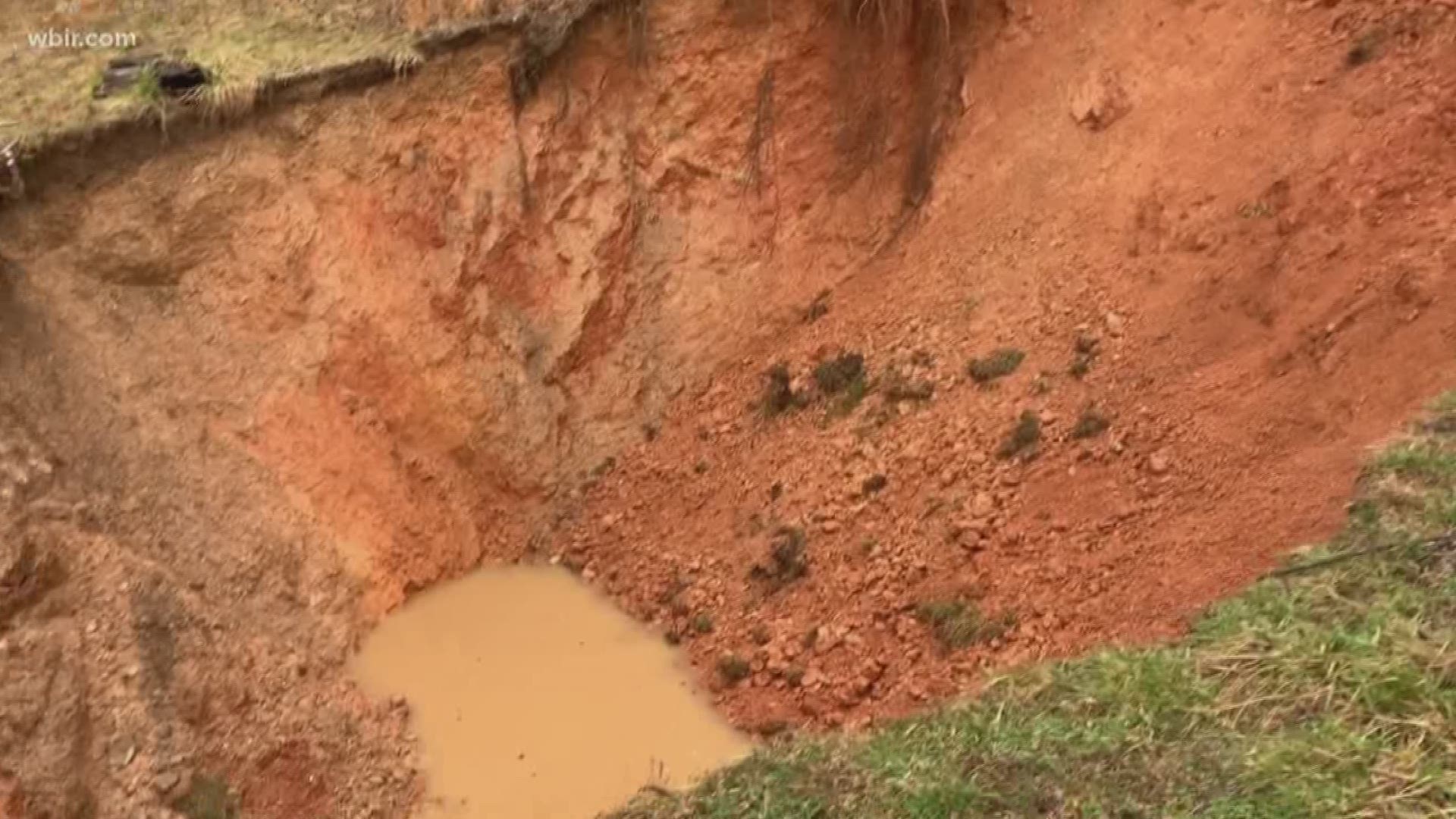 A massive sinkhole opened up in Maynardville last Wednesday.

"I've seen them here but not that big," said Wayne Davis.

He owns the land where the sinkhole opened.

He estimated it's about 25 feet deep and 40 feet wide.

"There are just caves all around here and this is just a weak point, with so much water that fell in a short time," said Davis.

It's not blocking any roads, but Maynardville leaders said it's an issue for the city's water supply.

Also on the Davis property is part of the spring where Maynardville gets its water.

So when the sinkhole opened, the city said that mud made its way to the water and the water treatment plant.

"When we came in here Wednesday there was orange water everywhere," said Mayor Marty Smith. "You know I believe in the Vols but not this way."

Smith said the plant automatically shut down when the dirty water came to the site.

It was too polluted to be cleaned by their facility.

"That's the reason we can't run the plant right now, it's so dirty the filters won't filter it," said one plant worker.

They're working with TDEC and city engineers to get back online.

"There's no problem with the consumption of the water and none of that has been introduced into our water system, so it's as safe as ever," said Smith.

She said they have reserve water and are being supplemented from the Northeast Knox Utility District.

They're working with Davis to patch up the hole on his land.

"I'll work with them if there's a special way they want to fix it," said Davis.

Smith said this won't hold them back, and they hope to be treating the water again as soon as possible.

The city does not know how long it will take to get things working again.