Aaron J. Massengill's body was found the afternoon of Feb. 22 along a Tazewell road. 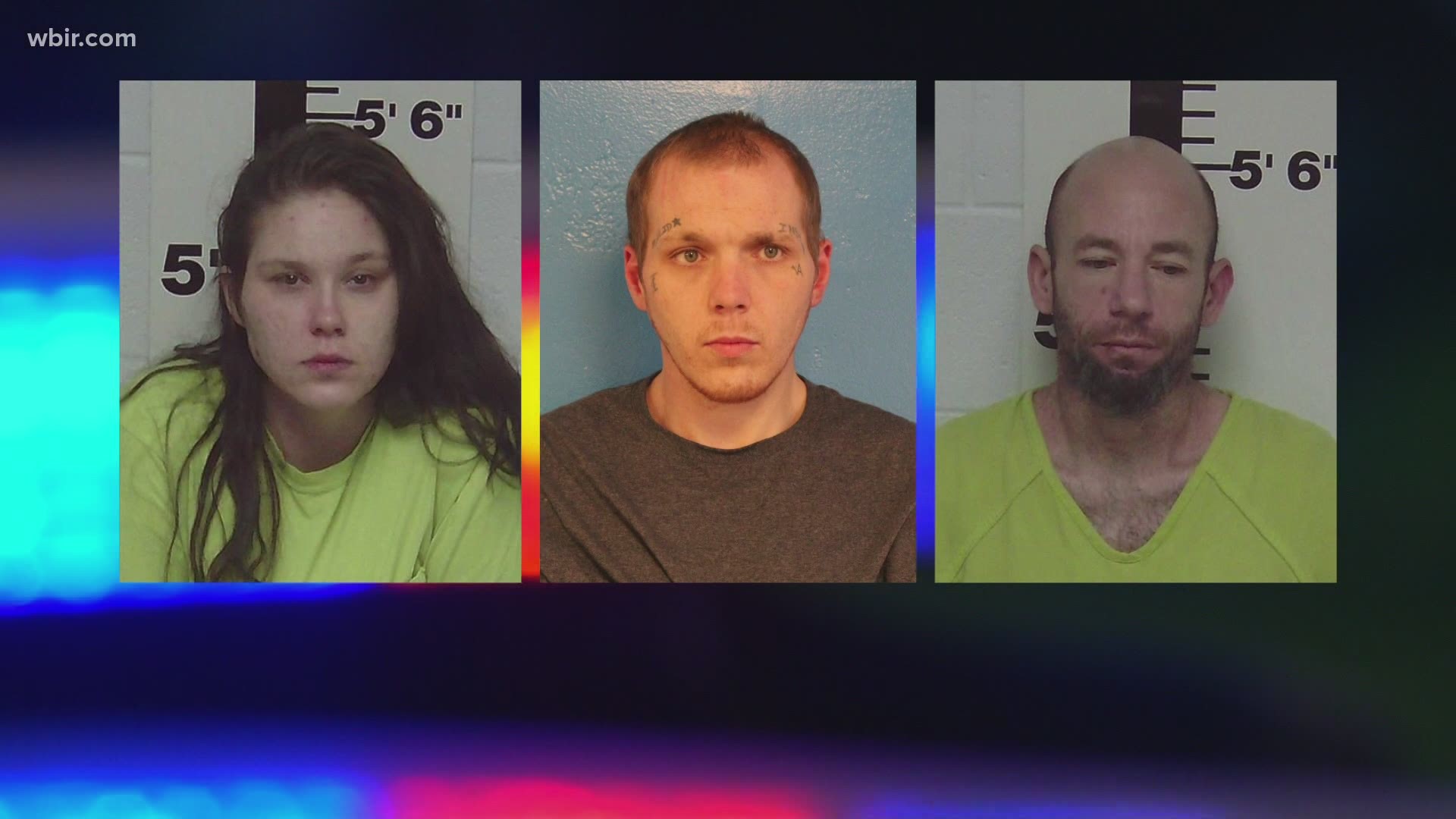 All three defendants charged in the murder of Tazewell man Aaron Massengill appeared before a Claiborne County judge on Tuesday morning.

At the prosecution’s request, Courtney LeAnn Gilpin, Patrick Andrew Smith and Jimmy Lee Riffe will be held in jail in lieu of a $1 million bond.

The defense for all three said they will argue to reduce the bond amount later.

The judge said he would leave it up to the lawyers to set future court dates including a preliminary hearing date and ordered the defendants not to contact Massengill’s family.

Gilpin, Smith and Riffe are charged with first-degree murder, aggravated robbery and other charges in the Feb. 16 killing of Massengill.

Records show Gilpin has prior drug paraphernalia and driving-related charges.

UPDATE 2PM MONDAY: Three people have been charged with murder in the death of Tazewell homicide victim Aaron Massengill.

"In my 35 years in law enforcement, this has been the most difficult case I've ever been involved with," Claiborne County Sheriff Bobby Brooks said. "I personally have known Aaron and his family for many years. Our hearts are heavy."

The three are set to appear before a judge at 9 a.m. Tuesday.

Massengill was last seen the night of Feb. 16 in his black, 1991 Nissan pickup, according to documents.

Also Feb. 22, Massengill's body was found along a road in Tazewell.  The TBI revealed Monday that he'd been shot to death.

On Feb. 25, the TBI tweeted out security photos of a woman taken at a convenience center. WBIR broadcast the photos.

That night Gilpin's mother contacted Claiborne County authorities to say the woman shown in the photos was her daughter. She said she'd been trying to reach Gilpin, who she said was pregnant.

From there, investigators tracked the suspects to Kingsport, where they were arrested Feb. 26.

The TBI said authorities recovered Massengill's Nissan at a home in Sullivan County, where they found the three suspects.

Court records suggest the three engaged in a plot to lure Massengill out to they could take his pickup.

Authorities said they cannot release any other details into the investigation yet, but wanted to thank people for their help and support in the case.

"I was very humbled to see the efforts of our community to locate Aaron once he went missing. I want to thank everyone who helped in any way, great or small," Brooks said.

A graveside service was held Saturday for Massengill.

"He was selfless towards others and would do anything to help anyone. He was a man of his word with a rough exterior, but a heart of gold. To know him was to love him," his obituary states.

UPDATE 11 AM THURSDAY: The death of a Claiborne County man whose body was found Monday afternoon along a Tazewell road is being investigated as a homicide, the TBI told WBIR on Thursday.

Aaron Jeremiah Massengill's body was found late Monday afternoon along Ferguson Ridge Road. An autopsy was to be conducted.

According to the TBI, the investigation is ongoing. The agency is not saying how Massengill was killed.

Also Thursday, the TBI tweeted out photos of a woman it says could have information "that could be helpful" in a Claiborne County investigation.

Credit: TBI
This woman may have information about a Claiborne County investigation, TBI says.

It won't say if the tweet is related to Massengill's death.

His body will be sent for an autopsy to determine the cause and manner of death.

Massengill was reported missing on Tuesday, February 16. At this time, the investigation remains active and ongoing, and no further information is available.

Anyone who may have witnessed anything suspicious in the area of Ferguson Ridge Road within the last week is asked to contact the Claiborne County Sheriff’s Office at 423-626-3385 or the TBI at 1-800-TBI-FIND.