First it's important to note that hemp is not marijuana. 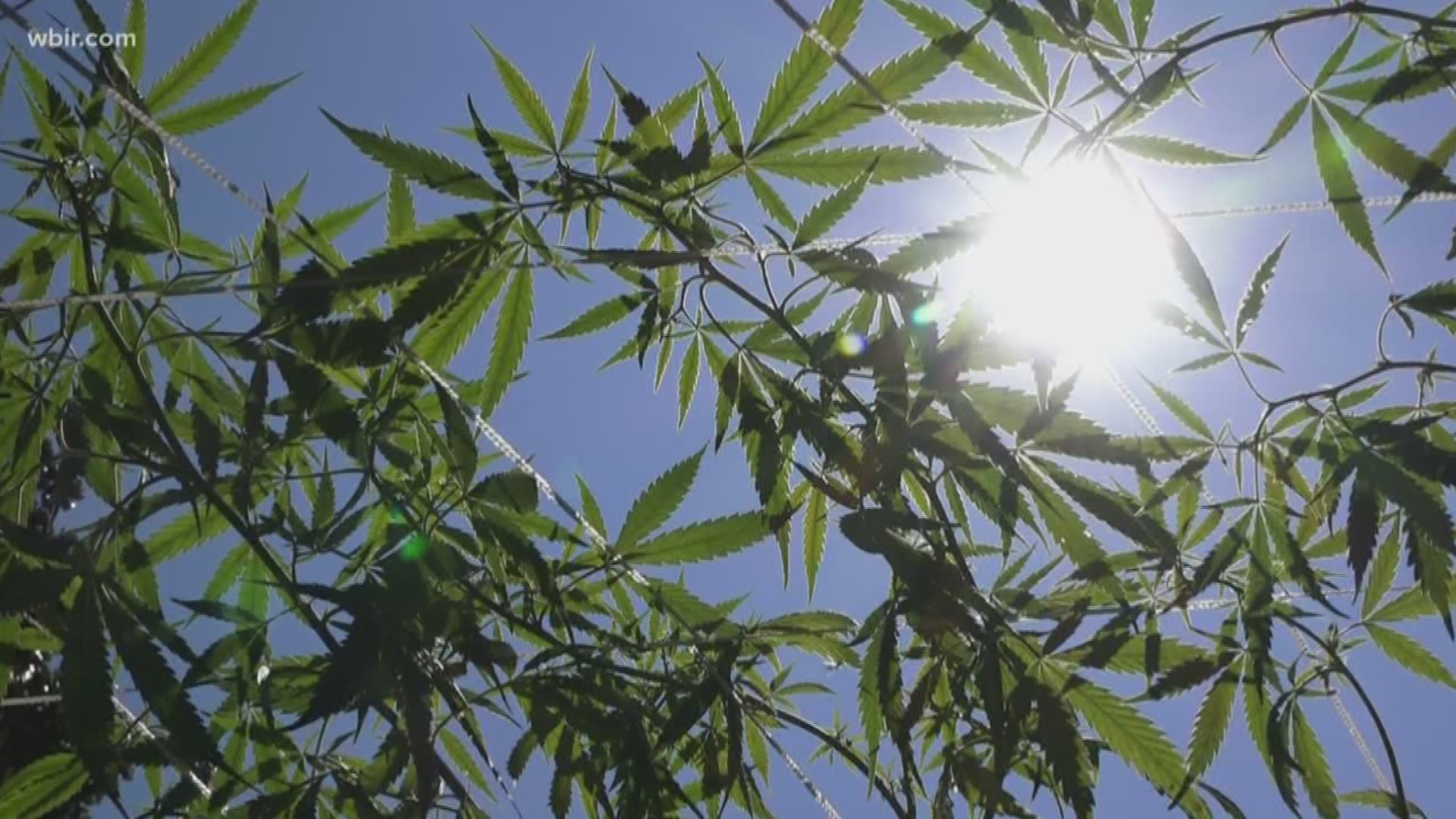 SWEETWATER, Tenn. — Hemp farming is not for the weak.

"You've got a big risk here, chance for a big return, but a lot of sweat and labor is gonna go into this crop," said John Goddard with the UT Ag Extension in Loudon County.

But the crop's appeal is skyrocketing in Tennessee, and the deadline to apply for a grower's license was Friday, Feb. 15.

As of Feb. 20, the State Agriculture Department said it received more than 3,000 license applications. Last year, they had only received between 200 to 300.

People that applied will find out if they got approved after March 1st. Once approved, they have the green light to grow hemp.

First it's important to note that hemp is not marijuana.

They're both cannabis plants that look and smell alike, that's why you need a license to grow it.

Hemp contains less than half a percent of THC, meaning it won't get you high.

But it does contain CBD, which is in high demand across the state.

That's why Will Estes started farming hemp in Sweetwater about eight months ago.

"It was something new and exciting and it seemed like there was a lot of demand for it," he said.

There is. You can tell by all the CBD shops popping up around East Tennessee.

Estes grew about two and a half acres of hemp last summer. It was a huge success, so this year he's going bigger.

He sells his hemp to a processor who extracts the CBD for different products.

According to the UT Ag extension, Estes was one of 160 people licensed to grow industrial hemp in Tennessee in 2018.

Goddard said growing hemp is a learning process for even the most experienced farmers.

"I can't tell you how many hundreds of hours I've spent on this," said Estes.

"We've not grown hemp in the United States in 60 years," said Goddard.

Because of that, almost all of the farming is done by hand.

There are not a lot of pesticides for the crop, and growing a variety with too much THC means processors won't buy it.

"This is probably the riskiest adventure in agriculture I've ever been associated with," said Goddard.

But it if takes off and the demand remains high, farmers will see huge success.

"Well yeah, it's obviously gonna be the salvation of agriculture," said Goddard.

Estes sees over-saturation being a problem in the next few years, but he turned in his application to continue growing hemp.

Anyone is eligible to grow industrial hemp in Tennessee, so long as you haven't been convicted of a felony for controlled substance in the past 10 years.

License applications are closed again, but the window to apply will likely re-open again sometime near the end of 2019 (the last period began in mid-November).

You can find the application, requirements, and where to send completed forms by clicking here.