More TN executions ahead after three in 2018

The inmates who were executed are Billy Ray Irick, Edmund Zagorski and David Earl Miller. 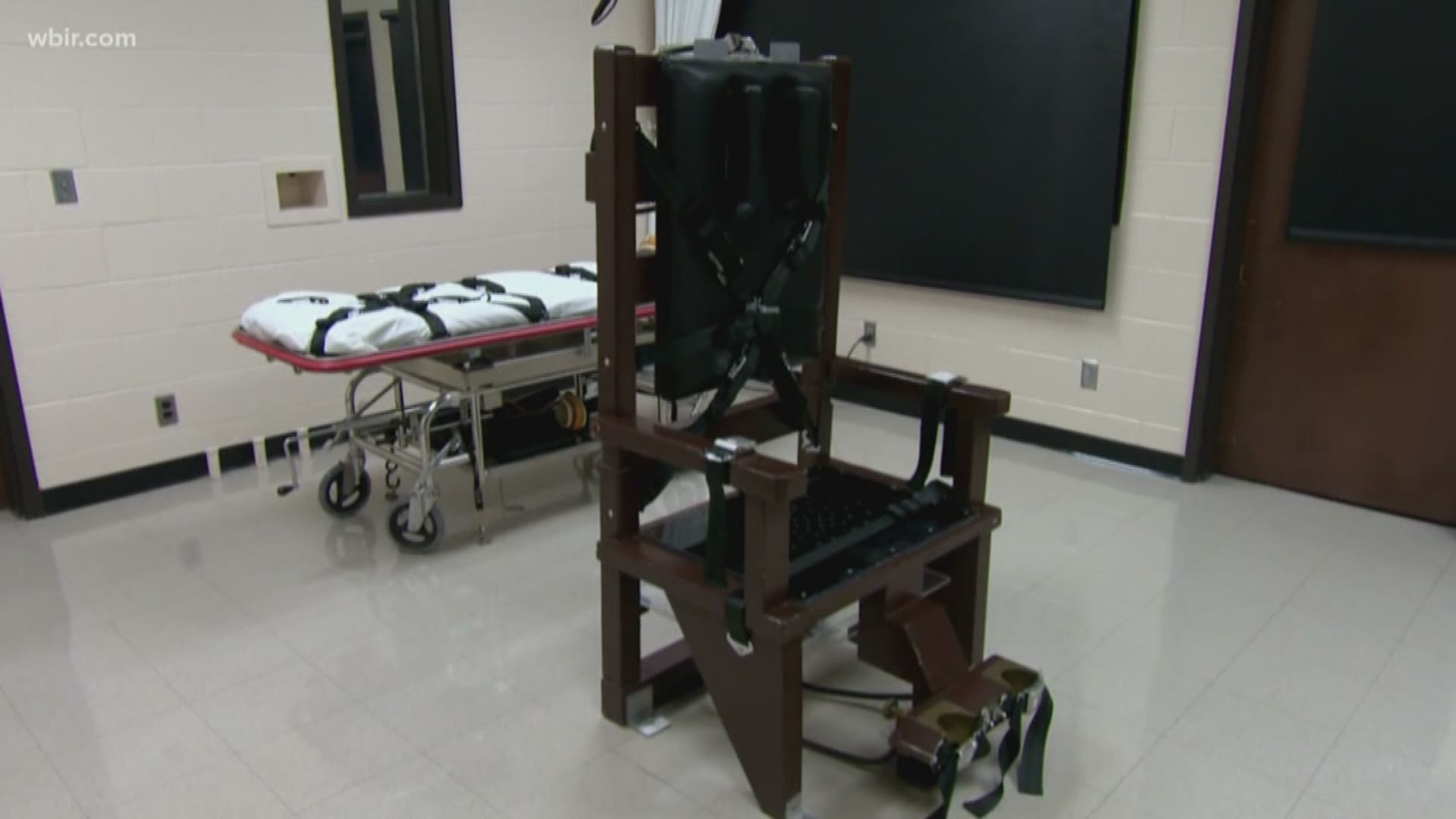 After nearly a decade with none, Tennessee saw three executions in 2018, reviving a debate about capital punishment that will likely continue as more inmates face death in 2019.

The three men who were executed are Billy Ray Irick, Edmund Zagorski and David Earl Miller.

"All you ever hear about is him, nothing about her," Jeffers said. "You know, what he did to her is the reason he's where he's at."

More than three decades of appeals and legal battles couldn't save Irick from his fate--death by lethal injection. The state uses a controversial combination of drugs that some argue still allows the defendant to feel significant pain.

That debate drew some protesters to Irick's execution, along with those who oppose all capital punishment.

Witnesses to the execution said they couldn't tell if Irick was in pain.

"We don't know what he was going through. The state would say he was comatose, he wasn't feeling anything. We don't know," 10News senior investigative reporter and witness to Irick's execution John North said.

"She was 7 years old, raped, sodomized and strangled to death," Jeffers told 10News in the interview before Irick's death. "I'm sorry, I feel nothing for his panic attacks or his pain, nothing at all. God forgive me, but I don't. I don't."

Gov. Bill Haslam didn't intervene in the execution but said he appreciated the debate about capital punishment.

"I actually think the discussion we've had as a state is a good one. This is a hard issue and really good people have very different opinions," Haslam told 10News around the time of Irick's death.

Debate surrounding lethal injection would not end with Irick's death.

The chair rarely has been used since 1960, and Gov. Haslam granted Zagorski a 10-day stay to allow state workers time to prepare it.

Some opponents of the death penalty say the chair is not a better option than lethal injection. Knoxville attorney Stephen Ross Johnson, who opposes capital punishment regardless, told 10News in an October interview that electrocution cooks the brain.

"There is no sanitary or humane way to kill another person," Johnson said.

Zagorski was convicted in 1984 for the murders of two men in Robertson County. He was executed on Nov. 1.

His last words were, "Let's rock."

In 1981 Miller was convicted of raping and murdering 23-year-old Lee Standifer at a South Knoxville house. Standifer was mentally handicapped.

10News spoke to Standifer's mother, Helen, on the phone in the days leading up to Miller's execution.

"She was a very vibrant person and just didn't get a chance to see what her life would hold, what she could be and do," Standifer said.

Standifer was not present for Miller's execution on Dec. 6.

"They didn't want Mr. Miller to ever be out on the street again and today that came true," said 10News reporter Marc Sallinger, who witnessed the execution.

His last words were, "Beats being on death row."

Two men convicted in East Tennessee are scheduled to die.

Stephen Michael West was convicted in Union County for the murder of Wanda Romines and the murder and rape of Sheila Romines in 1986. He is set to die Aug. 15, 2019.

Nicholas Todd Sutton was convicted in Morgan County for the 1985 murder of Carl Estep. Sutton is set to die on Feb. 20, 2020.