A child dying after being left in a hot car is a tragedy that can happen any time of the year in some regions of the country. 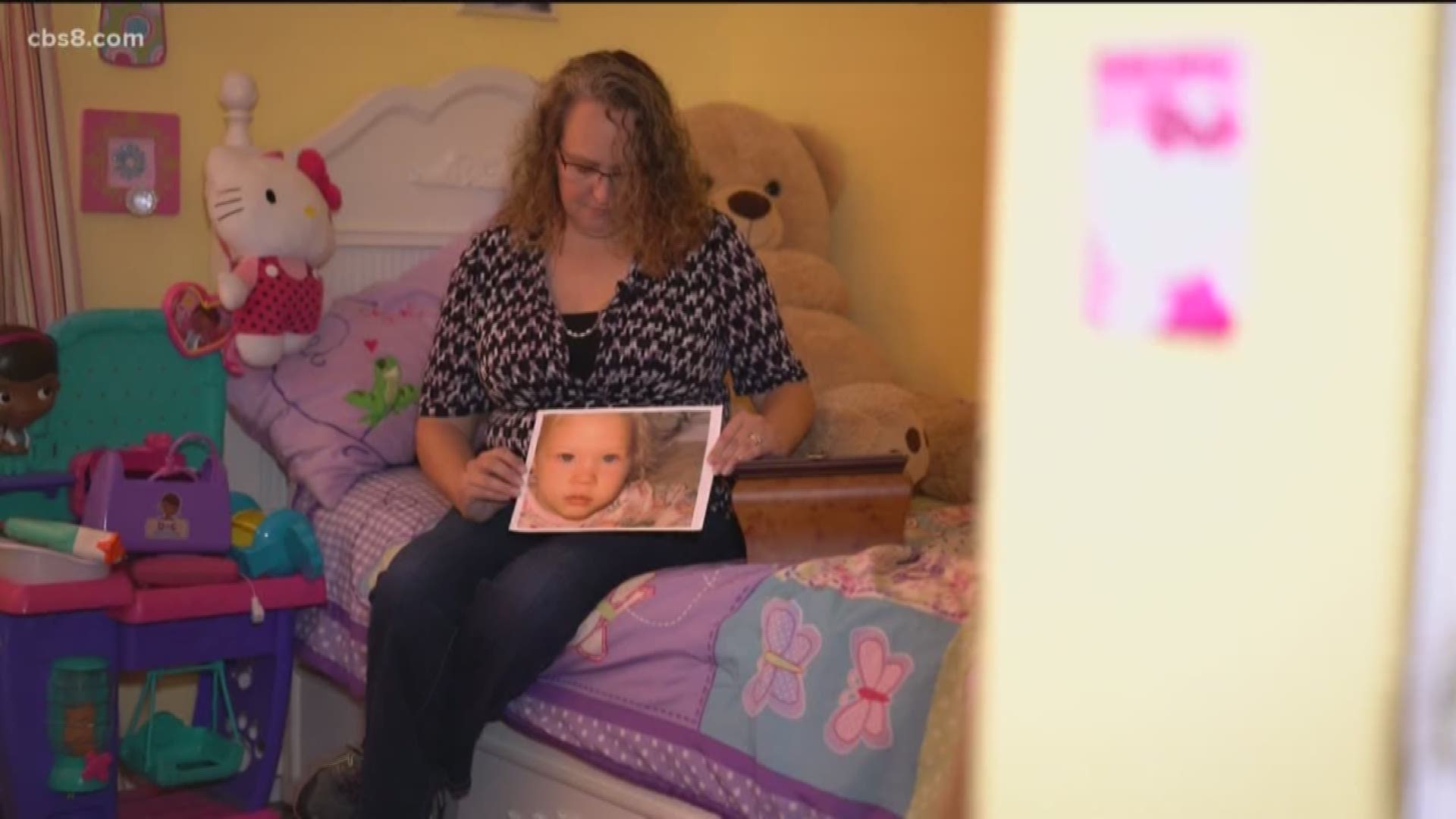 SAN DIEGO — A child dying after being left in a hot car is a tragedy that can happen any time of the year in some regions of the country.

A San Diego family is grieving after a two-year-old was found dead in a car in Tierrasanta on Monday. While the circumstances remain under investigation, it is still a tragic reminder for parents.

Dawn Peabody’s two-year-old daughter, Mya, died after being left in a hot car in 2008. It was a chaotic Saturday and her family was off their normal routine.

“My husband was in a vehicle the children normally did not ride in. About an hour-and-a-half later, someone asked, ‘oh, where is Mya?’ She wasn’t in our bedroom and he realized he had forgotten to remove her from the family vehicle,” she said.

Mya died from vehicular heat stroke. The devastating loss motivated Peabody and her husband to become advocates for care safety with the organization Kids and Cars.

Police are still investigating Monday’s incident where a two-year-old died after being found in a car in Tierrasanta.

It remains unclear whether the child was left in the car or got in another way.

Peabody said she wants people to know how easily it can happen. She is raising awareness and honoring her daughter’s memory.