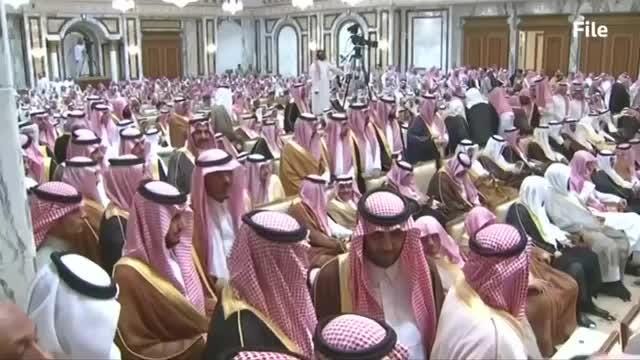 The arrest of one of the world's wealthiest men, Saudi Arabia's Prince Alwaleed bin Talal — dubbed the "Arabian Warren Buffett" by Time magazine -- has cast a spotlight on his vast investment holdings, which include American companies Citigroup, Apple, Twitter and ride-hailing service Lyft.

His arrest in Saudi Arabia on Saturday night was part of a sweeping anti-corruption crackdown that included detaining 10 other Saudi princes, four country ministers and dozens of other ministers, seen as a move by Crown Prince Mohammed bin Salman to tighten his grip on power.

Prince Mohammed, 32, a son of King Salman, was named next in line for the throne in June.

Prince Alwaleed, 62, ranked 45th in Forbes magazine's 2017 list of the world's richest billionaires and has a current estimated net worth of $17.2 billion.

His global holdings include stakes in companies stretching from the Middle East to Europe to the U.S. through his investment firm Kingdom Holding Co. His investments also include the Plaza Hotel, a New York landmark, as well as a sizable stake in the Four Seasons hotel chain.

The high-profile arrest raised concerns about the future of his business empire, as well as the political stability of Saudi Arabia, a key player in the world's energy markets. It also sparked speculation on the future of the wealthy prince's investment holdings. Shares of Kingdom Holding, fell nearly 8% Sunday in Saudi Arabia.

Wall Street analysts, however, downplayed a major negative impact when stock trading resumes Monday. The U.S. market, they argue, has survived more severe shocks than this since the bull run in stocks began in early 2009.

"I don't see why this should be any different," said Brad McMillan, chief investment officer at Commonwealth Financial Network.

Prince Alwaleed, one of the most well-known members of the Saudi royal family, is probably best known to Americans for his appearances on cable business news channels like CNBC, where he often weighs in on financial matters and is viewed as the "face" of Saudi Arabia's investment community.

In late October, he told CNBC that the cryptocurrency bitcoin would "implode" one day and weighed in on the future of electric cars. The prince, who bought a yacht from President Trump back in 1991, also said in a tweet during the presidential election that Trump should drop out of the race, saying "you will never win." The prince later congratulated Trump on his surprise win.

More: Saudi prince behind sweep of arrests is known as young and brash, but has Trump's ear

The risk to financial markets is more about political unrest and instability in Saudi Arabia, rather than a dramatic drop to Prince Alwaleed's U.S. stock holdings, like Citigroup, which he has owned since 1991, and Apple.

"The risk for global markets is that the Saudi royal family destroys itself in a fratricidal game of thrones, opening the door to a new radical regime that would be hostile to U.S. interests or play games with oil supplies," said Donald Luskin, chief investment officer at the financial firm TrendMacro.

Currently, it is too soon to tell what would become of the prince's U.S. stock holdings if he were too lose control over them, Wall Street analysts said.

Even if Saudi authorities freeze Prince Alwaleed's assets or confiscate his vast equity U.S. holdings, whoever takes control of the portfolio would likely tread carefully and not dump the shares for fear of causing the value of the investments to fall dramatically, experts said.

Forced liquidations or a so-called "fire sale" of shares the prince owns is not expected.

"It's too soon to tell what Prince Alwaleed's fate might be and what consequences that might have on his portfolio," said Edward Yardeni, chief investment strategist at Yardeni Research, a Wall Street research firm. "If the state confiscates his portfolio, sales (of any stock) would probably occur gradually."

Longer term, however, if Prince Alwaleed's portfolio and investment company are taken over by Saudi authorities, it would create a new dynamic on Wall Street, as companies whose shares are currently owned by the prince would have to deal with new investors controlling those large stakes, said Anthony Sabino, partner at Sabino & Sabino, a New York law firm specializing in securities litigation and a law professor at St. John's University.

"Will there be a new key investor at the table? If so, you might see some change afoot," Sabino said.