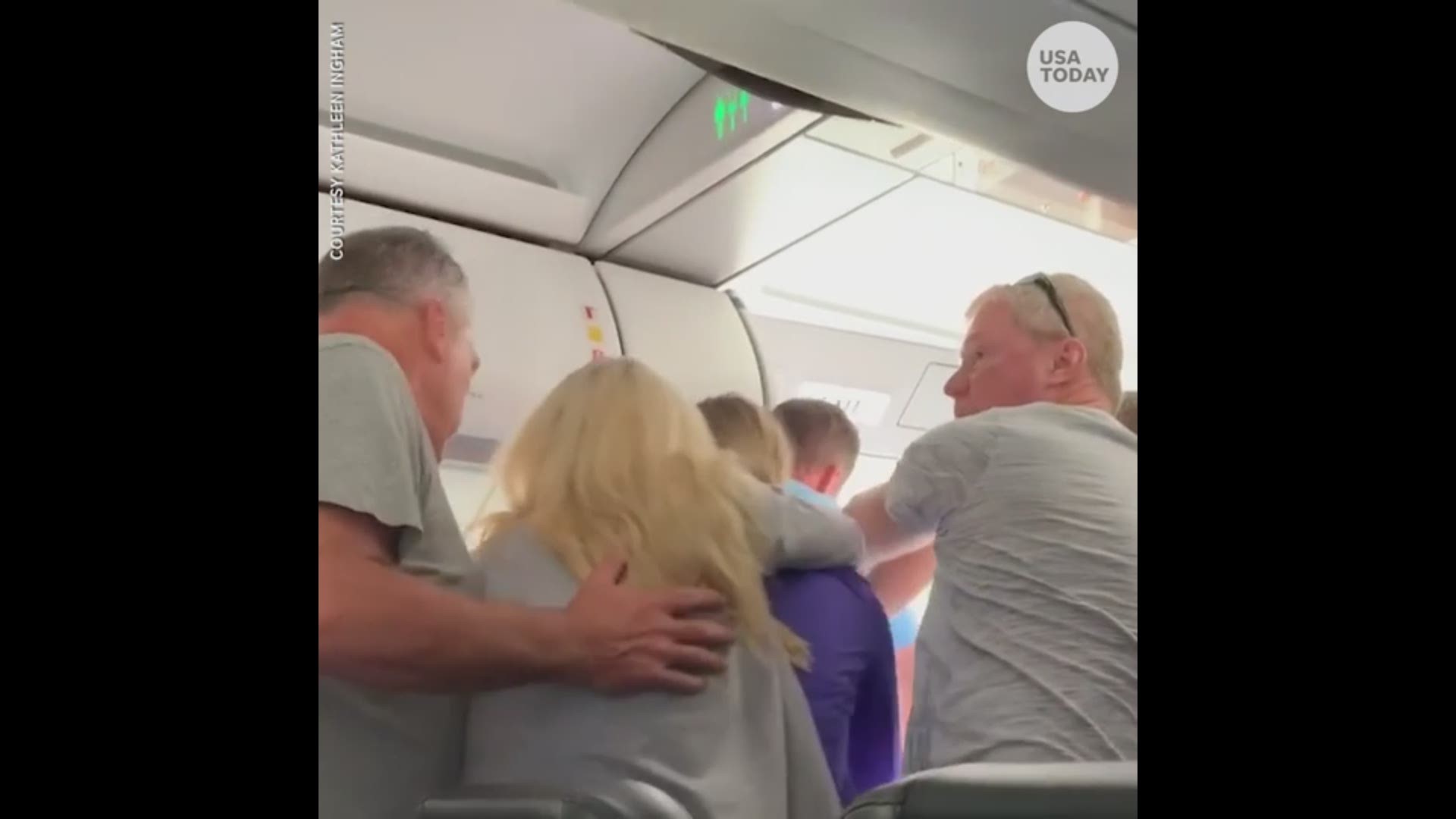 A passenger on a Frontier Airlines flight leaving Cancun for St. Louis Tuesday opened a cabin door, deploying the emergency slide, a spokesperson for the airline confirmed to USA TODAY in a statement Thursday.

After the passenger said he was feeling ill, he became agitated, prompting the flight to return to the gate. On the way to the gate, however, the passenger became "physically violent" with a flight attendant and attempted to exit the aircraft.

"Crew members, assisted by some passengers, restrained the individual until authorities arrived," the statement read. "Officials transported the passenger for a medical evaluation."

The aircraft was removed from service for a maintenance check due to the deployed slide, and Frontier re-booked passengers to other flights and provided hotel accommodations.

"We understand that unexpected delays are frustrating and work to get our passengers to their destinations as soon as circumstances permit," the statement continued.