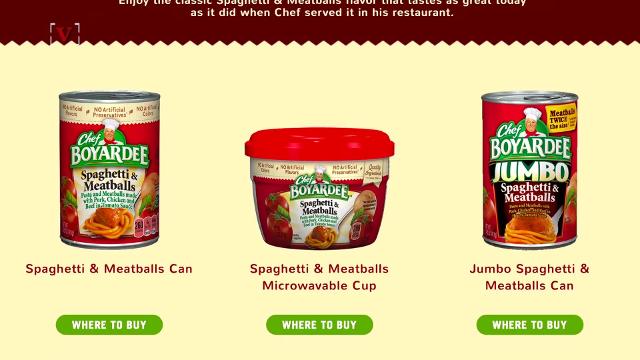 FDA commissioner Scott Gottlieb speaks to members of the USA TODAY Editorial Board in August 2017.

The federal recall process for about 80% of the nation's food is so slow it can take up to 10 months to get unsafe products off all store shelves — even when people are getting sick, says a report released Tuesday by the Department of Health and Human Services'  inspector general office.

Much has changed since the recalls between 2012 and 2015 that were analyzed by the inspector general, says Food and Drug Administration Commissioner Scott Gottlieb.

"Delay is deeply concerning to me as well," Gottlieb, a physician, said in an interview. "I think it's working a lot better now."

FDA is in charge of all food recalls except for meat and poultry, which the Agriculture Department handles.

FDA must evaluate health hazards in food and diet supplements, such as vitamins, more quickly to force reluctant companies to do recalls, the report recommended. FDA's electronic tracking system also needs to improve, the report said, along with its process for monitoring recalls.

The recalls studied were worrisome enough the inspector general issued an "early alert" about them in June 2016. That prompted the FDA to establish a team to speed up processes. Gottlieb, a Trump appointee, noted this new team helped block two facilities' ability to distribute food.

More will change soon, he says, including its own look at what else can be done to improve recalls, Gottlieb says.

FDA will also release guidance in the first half of 2018 on what information it can release about where recalled food and diet supplements were sold. A coalition of safety advocates urged Gottlieb in August to release the names of the stores that sell recalled food items, which FDA has claimed is confidential business information. The Agriculture Department releases it, as do other agencies including the Consumer Product Safety Commission.

If FDA doesn't have enough authority, Gottlieb says he will ask Congress for it.

The FDA has had the power to mandate recalls since 2011 but has very rarely used it, says Sandra Eskin, who directs Pew Charitable Trusts' Safe Food Project.

Of the 30 recalls reviewed by the inspector general, 23 were class 1 recalls, which report author George Nedder says means they could cause death, irreversible health problems like kidney failure. The other seven were Class 2 which could cause reversible issues that could require up to months-long hospital stays, he says.

Of these recalls, it took a median of 29 days and an average of 57 days for the recall to start after FDA became aware of the hazardous condition. Eskin says the seriousness levels of the slow recalls is "very concerning."

One infant and two fetuses died in the recalls examined between October 2012 and May 2015 and multiple illnesses were reported. Hazards included Hepatitis A in pomegranate seeds, cadmium in frozen spinach and listeria in pistachios.

FDA relies primarily on voluntary recalls, which makes timeliness, oversight and its own system of assessing risk critical, notes Nedder, an HHS assistant regional inspector general based in Boston. It also is required to do "health hazard evaluations," which determines the severity of the risk to the public and gives FDA the power to mandate recalls.

Credit: Pew
Sandra Eskin is director of the Safe Food Preject at The Pew Charitable Trusts

• Diet supplements. Nutrex received a warning letter that a diet supplement was "adulterated" because it had an ingredient the FDA wasn't notified about. It took more than 10 months for the company to pull the product from stores shelves, and the company also gave out free samples for about eight months after the letter. Neddey says the delay was from "a breakdown in communication."

• Cheese. In a series of recalls of varied "cheese products" contaminated with a type of Listeria, it was 81 days from the time FDA learned of the adulterated food before Oasis Brands recalled it. During that time, the firm’s owner, Christian Rivas, agreed to suspend manufacturing and temporarily halt distribution. Even though he knew it tested positive for Listeria, however, he still had the food packaged and later distributed. Rivas pled guilty to a felony and was sentenced to 15 months in prison.

• Nut butter. FDA knew about Salmonella contamination in nut butter products sold by nSpired Natural Foods for more than five months before the company agreed to do a recall in August 2014. Consumers began getting sick in late 2012, but it wasn't until March of 2014 that FDA determined environmental samples from an inspection were contaminated.

The timeline involving the Oasis cheese products is particularly jarring with its tick tock of bureaucracy and fatality. While the first report of illness was in September 2013, FDA got reports in June, August and October of the infant and two fetuses that died, interspersed with reports of illness from Listeria. Still, weeks passed as FDA reported it wasn't getting enough documentation from the company and the company made little apparent progress on its own.

The report had its share of he said/he said. The OIG's report focused on "extreme outliers" rather than averages, the FDA said in a response contained in the report. To that, Nedder says his office "100% disagrees.". In a statement, Gottlieb noted that most recalls, on average, occur "within four calendar days of the problem being discovered."

But Nedder questions that, as the report found in 36% of its the FDA inaccurately reported the day the recall started wrong by an average of 16 days. For all 30 sample items, FDA system didn't track when it became aware of the problem.

While the FDA has "really upped their game," since the IG's alert last year, Eskin says the report shows it "can go farther to better protect public health when it comes to recalls."

Seeing the pace at which companies act is critical, Jeff Stier of the free-market National Center for Public Policy Research says the inspector general should have asked industry how the FDA could get companies to move faster.

One thing the FDA and its federal watchdog do agree on is the seriousness of food and diet supplement safety.

"FDA commissioners are often asked, 'What is the one thing that keeps you up at night?'" Gottlieb said in a statement. "For me, one significant concern is the potential for a hazardous product that we regulate to have been distributed and used by hundreds or thousands of people before we even are aware that a safety issue exists."