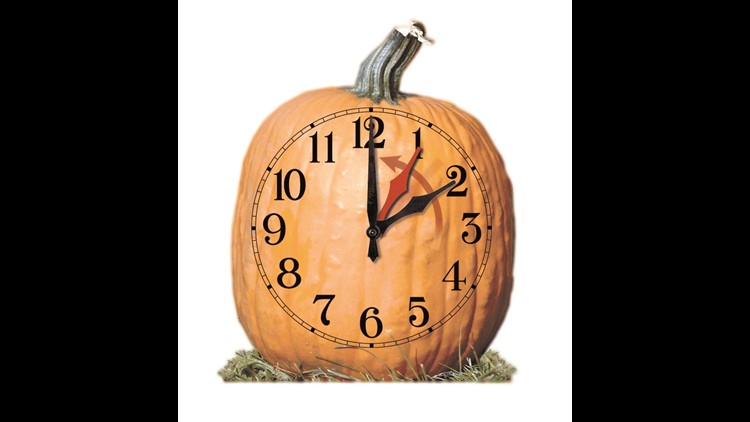 The Dept. of Transportation is in charge of time and 11 other things you didn't know about daylight saving time

It's one of the rites of autumn, along with pumpkin spice, football games and raking leaves: The end of daylight saving time, which will occur at 2:00 a.m. Sunday November 4.

So if you're sick of dark mornings on your way to school or work, it's your time to rise and shine. But if you dread driving home in the dark, you're out of luck for the next few months.

At 2:00 a.m. on the 4th – or the night before – the few analog clocks still around must "fall back" an hour, turning 1:59:59 a.m. into 1 a.m. Microwaves and ovens are on a short list of household appliances that will need a manual adjustment.

Since most of our computers, smartphones and DVRs do it automatically, it's not as much of a chore as it used to be.

Starting Sunday, that one hour of daylight is basically shifted from evening to morning as standard time begins. We don't go back to daylight saving until Sunday, March 10, 2019, about 10 days before spring begins.

Supposedly, the purpose of daylight saving is to save energy, to save lives (by preventing traffic accidents), and reduce crime.

Here are 12 fun facts about daylight saving time you may not have known:

1. While not necessarily advocating changing time, Benjamin Franklin urged his fellow countrymen to work during daylight and sleep after dark, thus saving money on candles. (It was likely a tongue-in-cheek comment.)

3. The correct term is daylight "saving" (not savings) time. However, the incorrect term “daylight savings time” is commonly used, especially in Australia, Canada and the United States. It's also supposed to be lowercase, not uppercase, according to the Associated Press stylebook.

4. Who knew? The U.S. Department of Transportation is in charge of time in the U.S., including time zones and daylight saving time.

5. Daylight saving became a federal law in 1966, with passage of the Uniform Time Act. It was signed by President Lyndon Johnson.

6. Only two states don't observe it — Hawaii and Arizona. Other non-observing U.S. territories include American Samoa, Guam, Puerto Rico and the Virgin Islands.

7. Parts of Indiana didn't observe daylight saving time until 2006, when it became a law statewide.

8. Twenty-six states want to make DST year-round. Florida could be the first. However, the U.S. Congress would have to change the law to allow states to keep daylight saving year-round.

9. Eight months of the year are in daylight time, and four months are in standard time.

10. Adults 65 and older may struggle with the time change more than others.

11. During the energy crisis of the 1970s, Congress ordered states to go on year-round daylight saving time between January 1974 and April 1975.

12. Daylight saving is observed in approximately 70 countries, including most of those in North America and Europe.