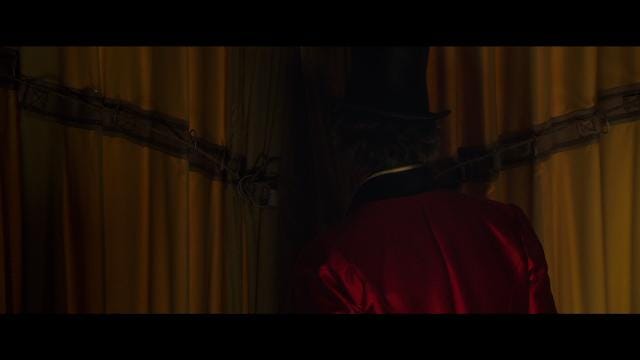 Credit: Niko Tavernise
To play Anne in 'The Greatest Showman,' Zendaya did nearly three months of trapeze training prior to shooting.

NEW YORK — Zendaya has always loved putting on a show.

The Disney Channel star got her start acting as a little girl, playing a voiceless, immobile silkworm in a community theater production of James and the Giant Peach.

"I literally just stood in the corner of the stage the entire time, but it was fun," Zendaya recalls. "I was the best damn silkworm you've ever seen. I brought the house down."

Now, the 21-year-old actress has moved to a much bigger stage in movie musical The Greatest Showman (in theaters nationwide Wednesday), only her second feature film after this summer's Spider-Man: Homecoming. In it, she plays beguiling trapeze artist Anne Wheeler, who is recruited by real-life circus master P.T. Barnum (Hugh Jackman) for his show of oddities in the 1800s. Meanwhile, she falls in love with Barnum's business partner, Phillip Carlyle (Zac Efron), who is wary of acting on his feelings because he's white and she's black.

As a mixed-race woman with an African-American father and white mother, Zendaya was drawn to the forbidden romance between Anne and Phillip, which is relegated to stolen glances and clandestine hand-holding for much of the film.

"It's a love story that's so relevant now, especially when we still live in a time where people still try to dictate who (you're) allowed to love," Zendaya says. "There's a constant battle with these characters, of mind and heart. For me, it's just encouraging that idea to love fearlessly and let your heart speak louder sometimes."

Credit: Niko Tavernise
Anne (Zendaya, left) and Phillip (Zac Efron) sing about the possibility of being together in soaring love song 'Rewrite the Stars.'

Their pent-up passion culminates in a dazzling, high-flying number called Rewrite the Stars, written by La La Land songwriters Benj Pasek and Justin Paul. But swinging on ropes and catching each other wasn't quite as romantic as it appears in the film.

Shooting the scene, "there was definitely slamming together," Zendaya says. In one part, "we swing away from each other, come together and start spinning — there's a good take of just slapping together and it's painful."

Zendaya starting training in trapeze nearly three months before shooting commenced in New York last fall. Director Michael Gracey wanted to treat it as if they were mounting an actual Broadway musical and intended to use a stunt double as little as possible.

"She was really hardcore," Gracey says. "She would send me photos of blisters all over her hands, and I would get videos of her flipping through the air and being caught. She went all in."

Credit: Kena Betancur/AFP/Getty Images
Zendaya, 21, is also a 'Dancing With the Stars' alum with a gender-neutral fashion line called Daya.

Despite initial jitters about spinning 40 feet in the air with no safety net, "you get over that fear of being high up pretty quick," says Zendaya, who wants to learn aerial acrobatics with silks (à la Pink) next.

Not like she has much time to throw anything else on her plate. The pop singer and entrepreneur, who also launched a clothing line and lifestyle app last fall, finished shooting the final season of her Disney Channel series K.C. Undercover, which she also produced. Next up, she's co-producing 1890s thriller A White Lie with Reese Witherspoon. She'll star in the true story as Anita Hemmings, a light-skinned African-American woman who passed as white so she could attend Vassar College.

"I get to learn to produce from one of the best who's killing it right now, especially as a woman creating parts for women," Zendaya says. "That's an exciting thing for me, learning that part of the business, which is a huge part of what I want to be when I grow up: not just an actress, but behind the scenes, too."

1 / 38
Jon Kopaloff, FilmMagic
And now presenting Zendaya, the woman who has gone from 'Undercover' on Disney to covering your favorite major magazines and swinging onto the 'Spider-Man: Homecoming' screens. In salute to the chameleonic singer-actress, we reflect on her style.