The four people in Michigan will split the lump sum payment, which is reduced to $557 million once all the taxes are taken out. 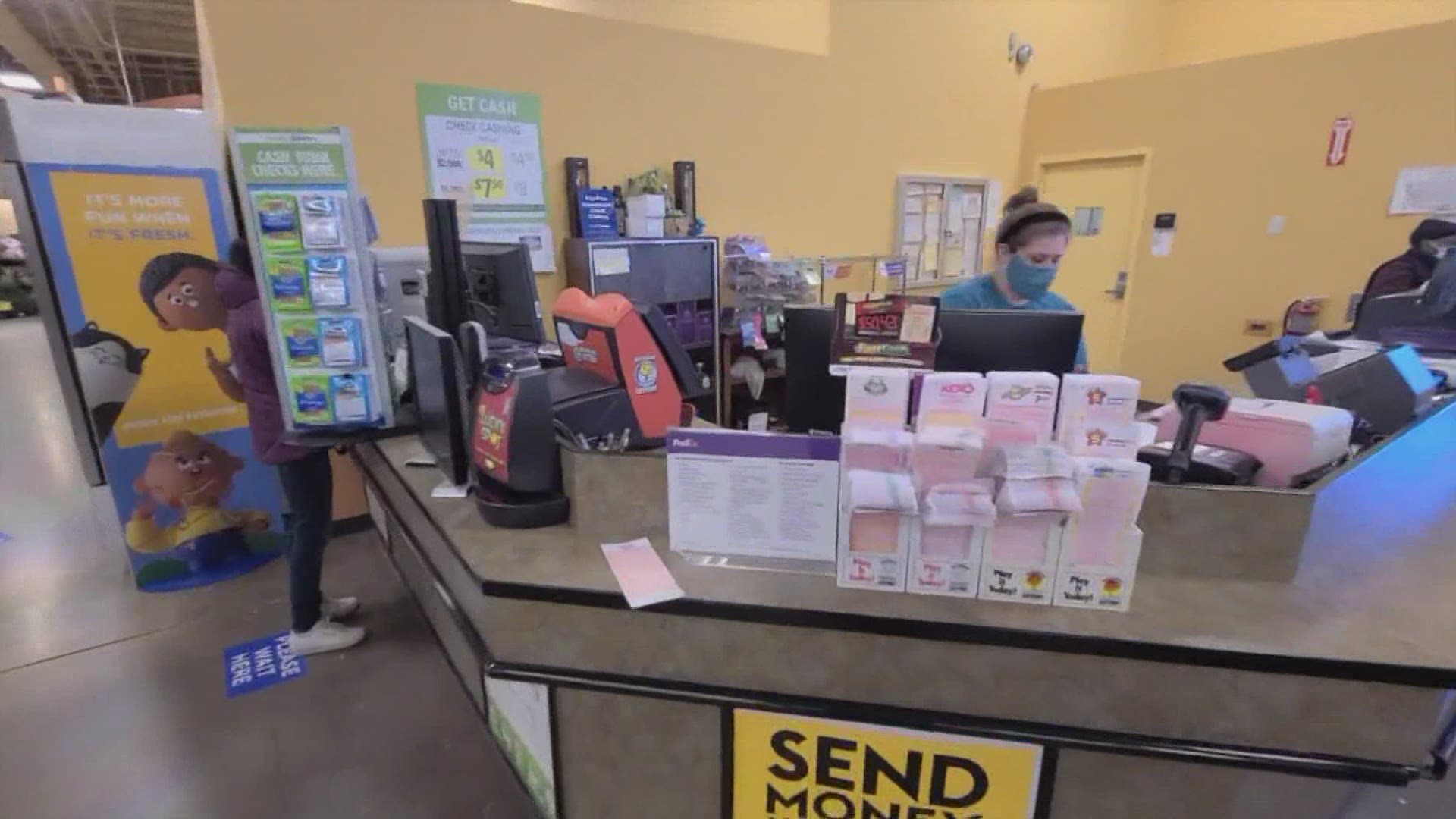 The winners claimed their prize weeks after the Jan. 22 drawing and chose the immediate lump sum option. After taxes, the $776 million payment was reduced to about $557 million, the Michigan Lottery said.

The names of the four Oakland County club members were not released. The Wolverine FLL Club had the only jackpot-winning ticket.

“This kind of money will impact the families of our club members for generations to come. We plan to stay humble and pay it forward through charitable giving in southeast Michigan," attorney Kurt Panouses said on behalf of the winners.

Credit: AP
In this Feb. 26, 2021, photo provided by the Michigan Lottery, attorney Kurt Panouses poses with a check on behalf of the winners of a Mega Millions lottery jackpot in Lansing, Mich. (Michigan Lottery via AP)

The $1.05 billion jackpot was the largest in Michigan Lottery history and the third-largest in the United States. Mega Millions is played in 45 states as well as Washington, D.C., and the U.S. Virgin Islands.

The winning ticket was purchased almost as an afterthought at a Kroger grocery store in the Detroit suburb of Novi.

“A club member saw a sign that the jackpot was up to $1 billion and remembered that they hadn’t bought their tickets yet so they pulled into the Kroger,” Panouses said. “When you play, of course, you dream of winning, but the reality of it has been incredible."

Kroger said it would donate its $50,000 commission to the Food Bank Council of Michigan.

There was much public speculation immediately after the drawing that a group of Novi teachers had won. David Ascher, principal at Novi Woods Elementary School, shot down the rumors.

“Everyone showed up for work today, which was really good," Escher said two days after the drawing. “I bought them all donuts today which seemed to help, too.”