The news of the almost 300 Afghan refugees coming to Nashville was confirmed by the executive director of the American Muslin Advisory Council For Middle Tennessee. 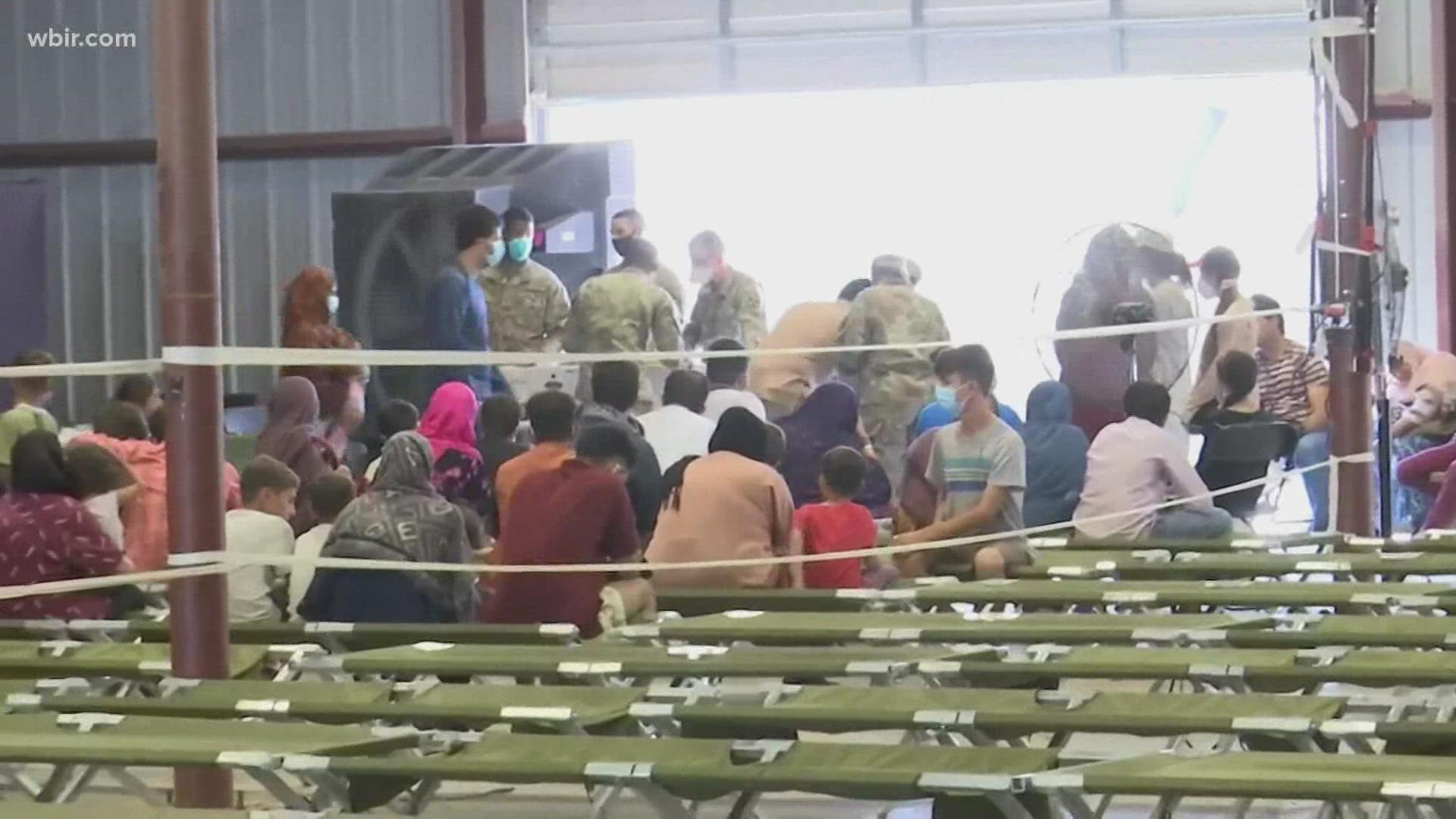 NASHVILLE, Tenn. — About 300 Afghans will be coming to Nashville following the US military pull-out of Afghanistan. Catholic Charities and The Nashville International Center For Empowerment (NICE) made the announcement on Monday.

The news of the almost 300 Afghan refugees coming to Nashville was confirmed by the executive director of the American Muslin Advisory Council For Middle Tennessee. Most of the 23,000 refugees who've arrived in the United States are being housed at several military bases.

Our NBC affiliate, WSMV, talked to an Army veteran in Murfreesboro who has been instrumental in saving lives and is encouraging fellow Americans to keep their hearts open.

“As far as folks coming to Tennessee, I’m all for it,” Matt Hovsepian who Retired from the Army said. “America is a nation of immigrants. We’re a nation of people. Give me you're tired, your weak, give me your poor and give me your oppressed and watch what these folks do,” he added.

Hovsepian said he knows people may have concerns, but he said there is a vetting process for the refugees through interviews and using things like biometrics.

“Collecting biographical, physiological data of people and those go into pretty substantial databases. Because we’ve built over 20 years and we have all of this data we’re able to screen and vet people through that means,” Hovsepian said. “It’s obvious there’s concerns folks would have. Vetting, Covid. Are they Taliban? Are they ISIS? I can speak anecdotally because I no longer wear the uniform that there are concerns, yes, but those concerns represent .0001% of the entire population and I think if you look at any population, people anywhere in the world there’s always bad apples,” he added.

As the 300 refugees will soon make their way to Middle Tennessee, this local Veteran has something for people to think about.

“Well I know there’s going to be Naysayers and people who want to criticize these families that are coming here. Take a step back and think about your life. If your life was just maybe 200 dollars American and a suitcase and that’s what you’re coming here with because you don’t want to be murdered,” Hovsepian said. “Some people have lost sight that we’re all the same. All we want to do is provide for our families and make a better life at the end of day,” he added.

The American Muslim Advisory Council will meet Tuesday to discuss how to support those arriving to the area.