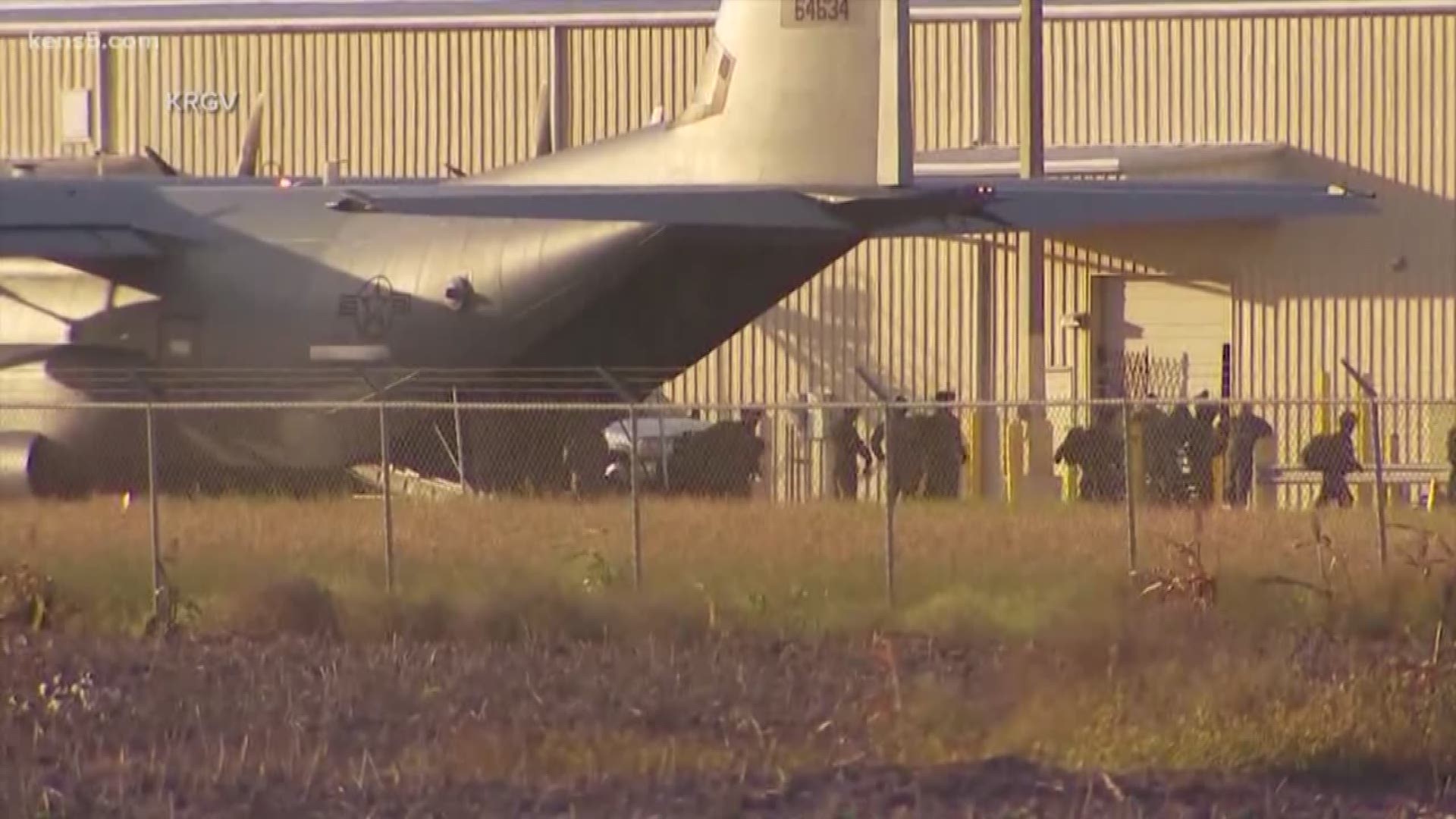 “The new asylum ban is flatly unlawful and may result in many people being sent back to danger," said Lee Gelernt, deputy director of the ACLU's Immigrants' Rights Project.

“Neither the President nor the Attorney General may override the immigration laws enacted by Congress,” Gelernt said. The ACLU, along with the Southern Poverty Law Center and the Center for Constitutional Rights, filed the lawsuit on behalf of several refugee and immigrant advocacy groups in federal court in Northern California on Friday.

Trump made the policy official on Friday by signing a proclamation that denies asylum to immigrants who enter the U.S. illegally, rather through a port of entry – a move aimed at a caravan of Central American migrants moving toward the U.S.-Mexico border.

In its legal challenge, the ACLU argues that Trump's move flouts a 1965 law that says any foreigner who arrives in the U.S. – "whether or not at a designated port of arrival" – may apply for asylum. In addition, the suit charges the president with violating a 1946 law that spells out how the Executive Branch can develop and issue regulations.

That administrative law allows courts to nix any actions that are "arbitrary, capricious, an abuse of discretion, or otherwise not in accordance with law" or contrary to constitutional rights.

“Ever since the horrors of World War II, the world’s nations have committed to giving asylum seekers the opportunity to seek safe haven," said Baher Azmy, legal director of the Center for Constitutional Rights. "The Trump administration cannot defy this most elementary humanitarian principle, in violation of U.S. and international law, with a flip of a presidential pen.”

Under the new White House policy, immigrants who enter illegally would be placed into expedited deportation proceedings instead of being granted access to the asylum process, according to a posting by the Departments of Justice and Homeland Security on the Federal Register late Thursday. 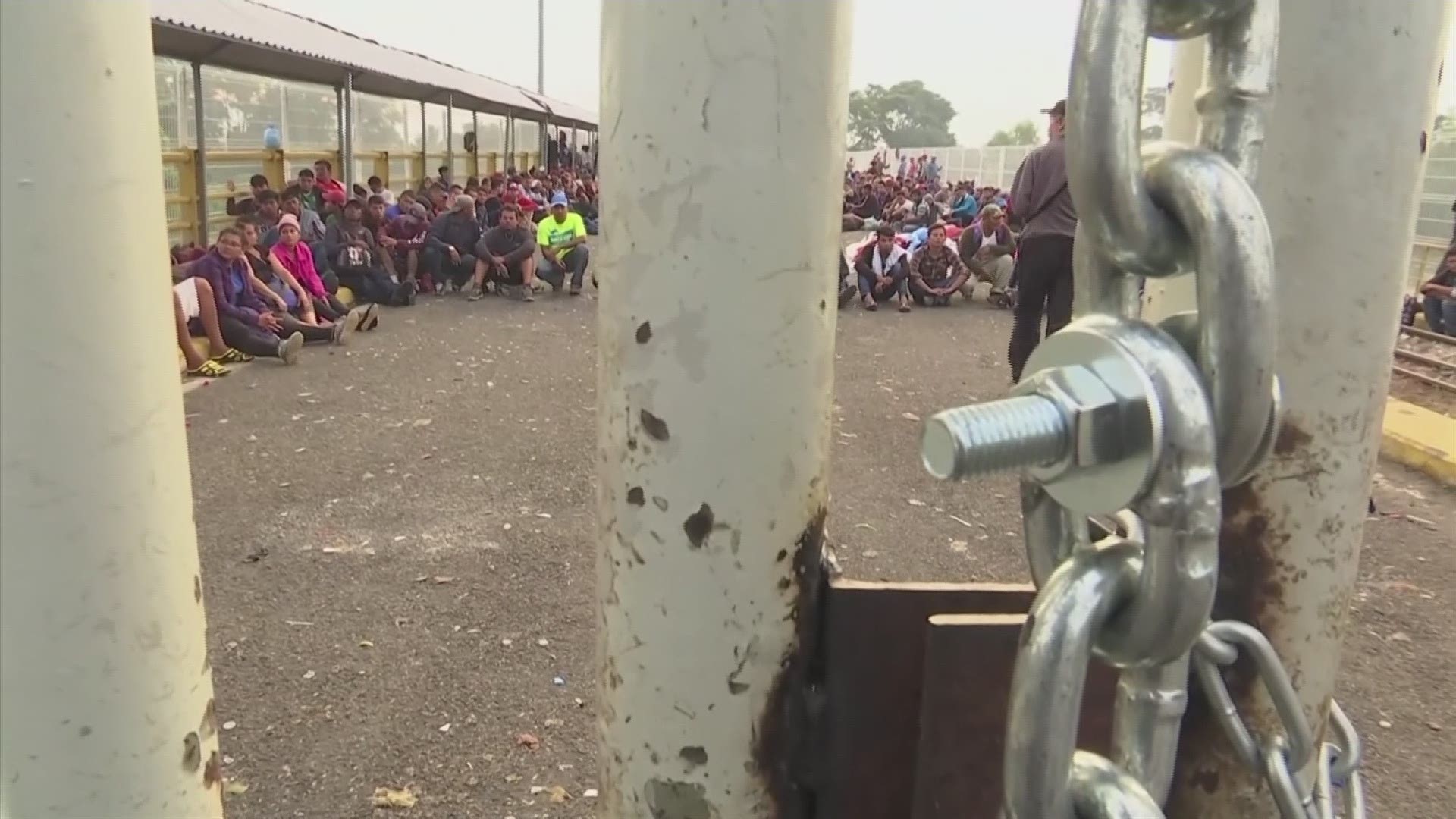 “They’re flooding our country, we’re not letting them in. But they’re trying to flood our country," Trump said Friday after signing the proclamation.

Asylum is a form of protection granted to people who fear persecution in their home countries based on their race, religion, nationality, membership in a particular social group or their political opinion. From 2000 to 2016, the United States granted asylum to an average of 26,651 foreigners a year, according to Department of Homeland Security data.

Gelernt said there are already long lines at the legal ports of entry along the U.S.-Mexico border, forcing desperate migrants into extended limbo as they seek to plead their case for asylum. Most of the migrants have already made arduous journeys to reach the U.S. border.

The long waits at legal ports of entry have driven some to attempt illegal crossings and request asylum that way. When the last caravan reached the US in April, 401 presented themselves at ports of entry, as the administration has urged them to do, but 122 entered the country illegally to request asylum, according to data from U.S. Citizenship and Immigration Services.

Trump and other White House officials have claimed there is "rampant abuse" in the nation's asylum system, which saw an increase in claims from 5,000 in 2008 to 97,000 in 2018, mostly fueled by Central Americans fleeing violence and poverty in their home countries.

“Our asylum system is overwhelmed with too many meritless asylum claims from aliens who place a tremendous burden on our resources, preventing us from being able to expeditiously grant asylum to those who truly deserve it,” Department of Homeland Security Secretary Kirstjen Nielsen and Acting Attorney General Matthew Whitaker said in a joint statement on Thursday previewing Friday's proclamation.

On Friday, Trump blamed Democrats for blocking reform that he said was needed to fix "obsolete" and "incompetent" immigration laws.

"They are the worst laws any country has anywhere in the world, and it's only because we don't have the Democrats' votes," he told reporters before leaving for a trip to Paris. "We need Democrat votes so we can change immigration, and we'll have no trouble whatsoever at the border."

Rep. Eliot Engel, a New York Democrat who is poised to become chairman of the House Foreign Affairs Committee in the next Congress, called Trump’s asylum restrictions “shortsighted.” He said the new Democratic majority will examine Trump’s actions on a broad range of issues, including immigration.

"The president has the wrong attitude when it comes to immigration or new people coming to this country. He’s afraid of them," Engel said. "I don’t know why. We are a nation of immigrants," he added, noting his own grandparents immigrated to the U.S. 110 years ago.

"The president’s xenophobic effort to exploit the suffering of desperate mothers and children legally seeking asylum is clearly intended for crude political distraction from his own failures," the New Jersey Democrat said.

Trump's policy would create "a bottleneck at ports of entry, which will effectively shut the door on vulnerable individuals seeking asylum," he added. "I refuse to stand by as this administration continues to systematically undermine asylum and refugee protection."

Friday’s action follows several other steps taken by the administration to halt the caravan. The Pentagon dispatched more than 7,000 active-duty military troops to the border. And U.S. Customs and Border Protection officials have repositioned agents from around the country to line the southern border to prevent illegal entries.

During a trip to the border, CBP Commissioner Kevin McAleenan said he viewed the oncoming caravan as a "law enforcement situation" and his officers could not speed up the process to interview asylum seekers.

Officials with the departments of Justice and Homeland Security said they are negotiating with Mexico about accepting deported migrants. Mexico has already agreed to grant asylum to immigrants moving north from Central America, largely from Guatemala, Honduras and El Salvador.

U.S. officials say that's the preferred location to receive asylum from persecution, but many migrants want to come to the United States.