The fly in the room: Bug lands on Mike Pence's head during debate

The black bug stood out like a fly in milk on the vice president's white hair, and Twitter responded. 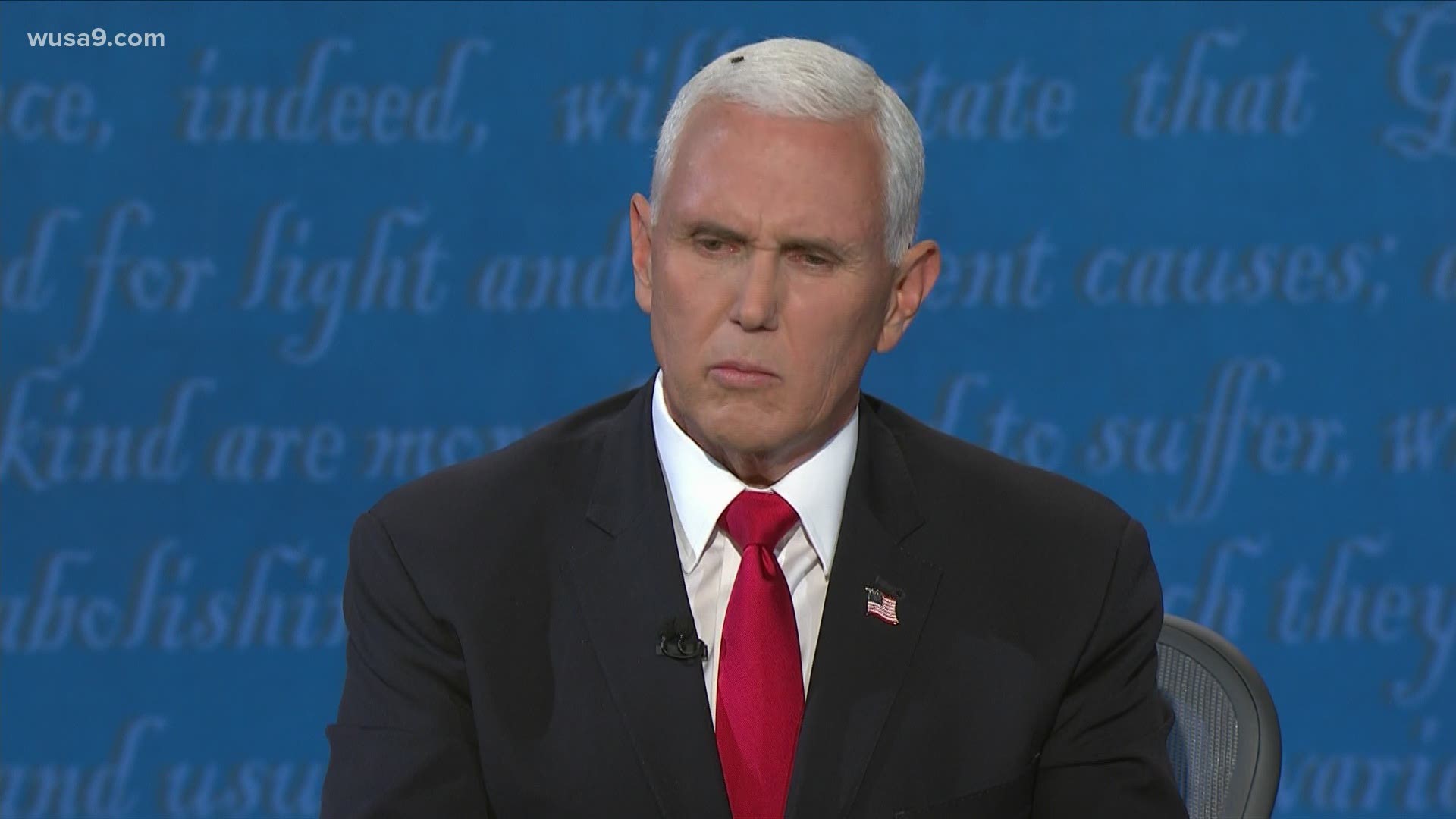 There was an extra guest on the stage at Wednesday night's vice presidential debate between Vice President Mike Pence and Sen. Kamala Harris.

A black bug made its way onto Pence's white hair and stayed there for about two minutes, unbeknownst to the vice president.

Conversation about the fly briefly dominated corners of Twitter, where debate watchers discussed their distraction and inability to focus on Pence and Harris’ answers. Some joked about the need to test the fly for the coronavirus, as it had skirted the plexiglass partitions separating the candidates and moderator.

Is there a bug on Mike Pence's head? #VPDebate

How long can Pence balance that bug on his head? Is it stuck in the hair gel? pic.twitter.com/SC7im3MMEa

Democratic presidential nominee Joe Biden's social media team was quick to use it as a fundraising plug.

"Pitch in $5 to help this campaign fly," they tweeted with a photo of Biden holding a fly swatter.

CBS News reports that the Biden campaign quickly bought the domain flywillvote.com, which redirects to iwillvote.com, a voter registration website.

The word 'fly' was even trending for Merriam-Webster.

📈 Trending on our site for quite possibly the first time:

Pence is not the first victim of a fly attack during a presidential debate. Hillary Clinton had one land on her face during a 2016 debate with President Donald Trump.

I would rather vote for the fly that landed on Hillary's face, than either candidate. #PresidentialDebate pic.twitter.com/v2Vj6wiv1C

Had to land and hide, too much shade being thrown around up in here... #debate #DebateFaceFly

But Debate Fly has not weighed in yet on the Pence cameo.