The house in Santa Rosa, California once belonged to Barry Brodd, a retired police officer who was on the stand in George Floyd's murder trial. 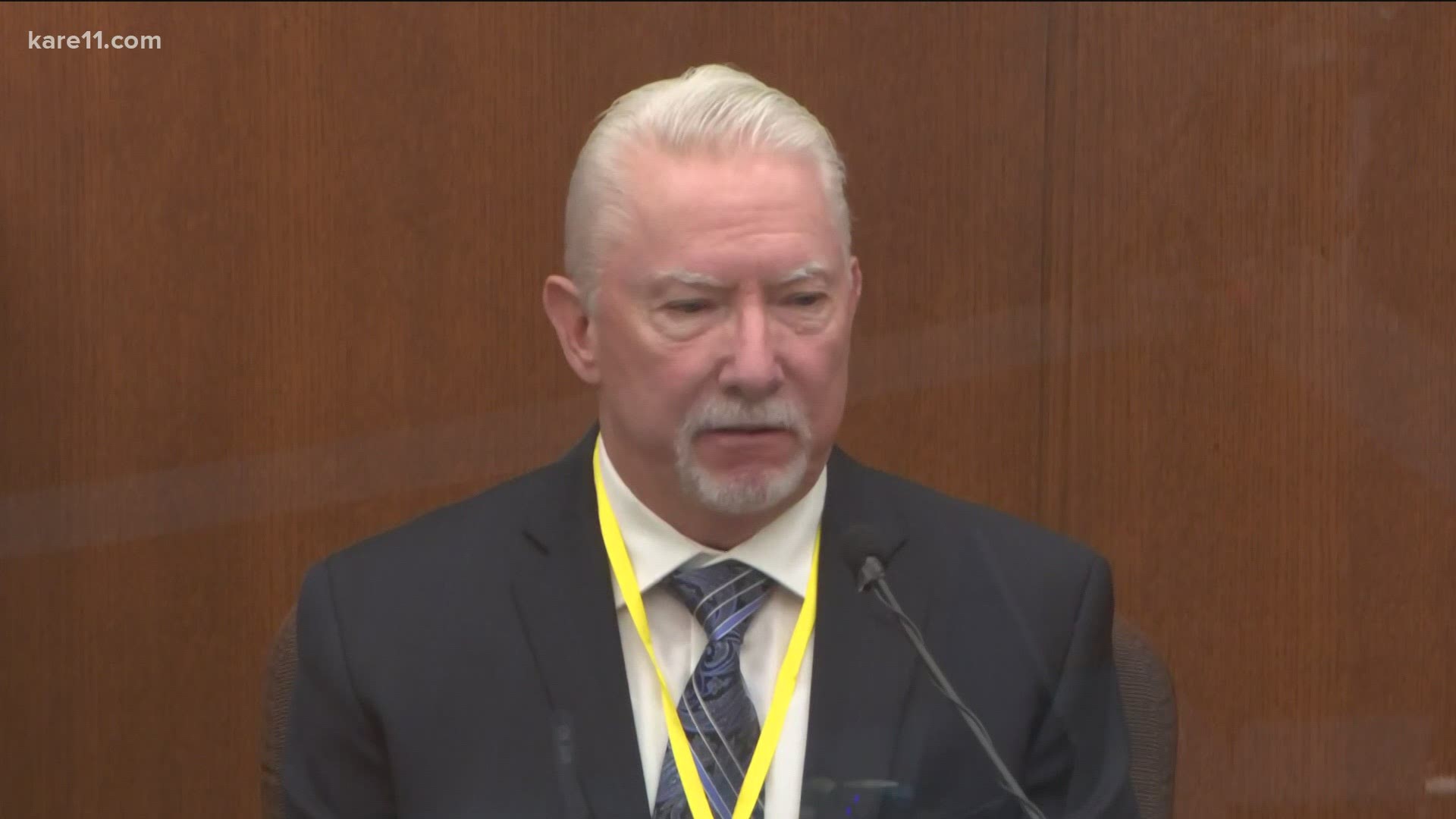 SANTA ROSA, Calif. — Vandals left a pig’s head at the one-time California home of a use-of-force expert who testified on behalf of the officer accused of killing George Floyd, police said.

Blood was also smeared on the house in Santa Rosa, north of San Francisco, that once belonged to Barry Brodd, a retired police officer who was on the stand in the Minneapolis murder trial last week, according to a police statement Saturday.

“It appears the suspects in this vandalism were targeting Mr. Brodd for his testimony,” the Santa Rosa Police Department said. “Mr. Brodd has not lived at the residence for a number of years and is no longer a resident of California.”

Officers responding around 3 a.m. Saturday found a severed pig’s head on the front porch and blood on the residence, police said.

“Because Mr. Brodd no longer lives in the city of Santa Rosa, it appears the victim was falsely targeted,” the statement said.

Investigators believe the same vandals also smeared blood on the statue of a large hand in front of nearby Santa Rosa Plaza and left a sign that said “Oink, oink," police said.

No arrests were announced.

Brodd, a former Santa Rosa police officer, testified at the murder trial that he believes Officer Derek Chauvin's restraint of Floyd was in keeping with proper police practice.

In a statement released after Brodd’s testimony, Santa Rosa Police Chief Rainer Navarro distanced himself from his department’s former officer.

“We are aware of former Santa Rosa Police Officer, Barry Brodd, providing testimony in the Derek Chauvin trial,” Navarro’s statement said. “His comments do not reflect the values and beliefs of the Santa Rosa Police Department.