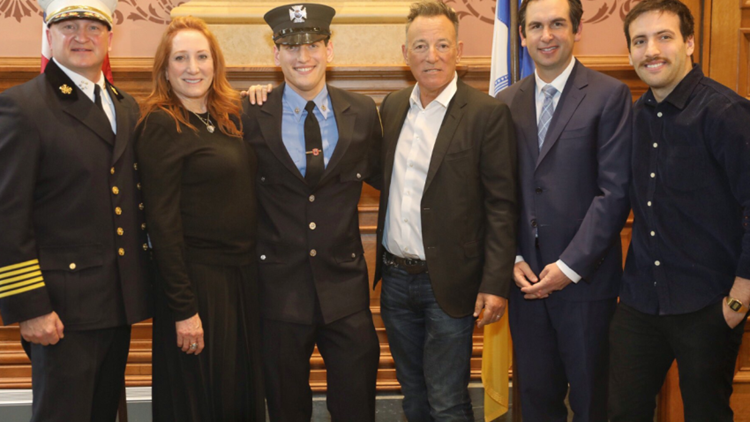 The son of the Garden State's own legendary rocker Bruce Springsteen is now a Jersey City firefighter.

Twenty-six-year-old Sam Springsteen was among the new firefighters. He was accompanied by his proud parents -- Springsteen and Pattie Scialfa -- for his swearing in ceremony. The couple proudly clapped and cheered their son and the rest of the newly-minted firefighters on.

After five months of academy training, the new class is now the tenth to complete an additional 3-month EMT certification course partially funded through a federal SAFER grant, and are all fully EMT-certified, according to the city.

Scialfa first revealed Sam was on his way to becoming a firefighter over the summer when she posted congratulations to their youngest child, Sam, on Instagram. She wrote that "you followed your dreams." She told her son to "stay safe" and "love your brave heart!"

He served as a volunteer firefighter in Colts Neck.

Springsteen and Scialfa have three children.