The response from the music industry has been swift after a video showed Morgan Wallen shouting a racial slur outside a home in Nashville, Tennessee. 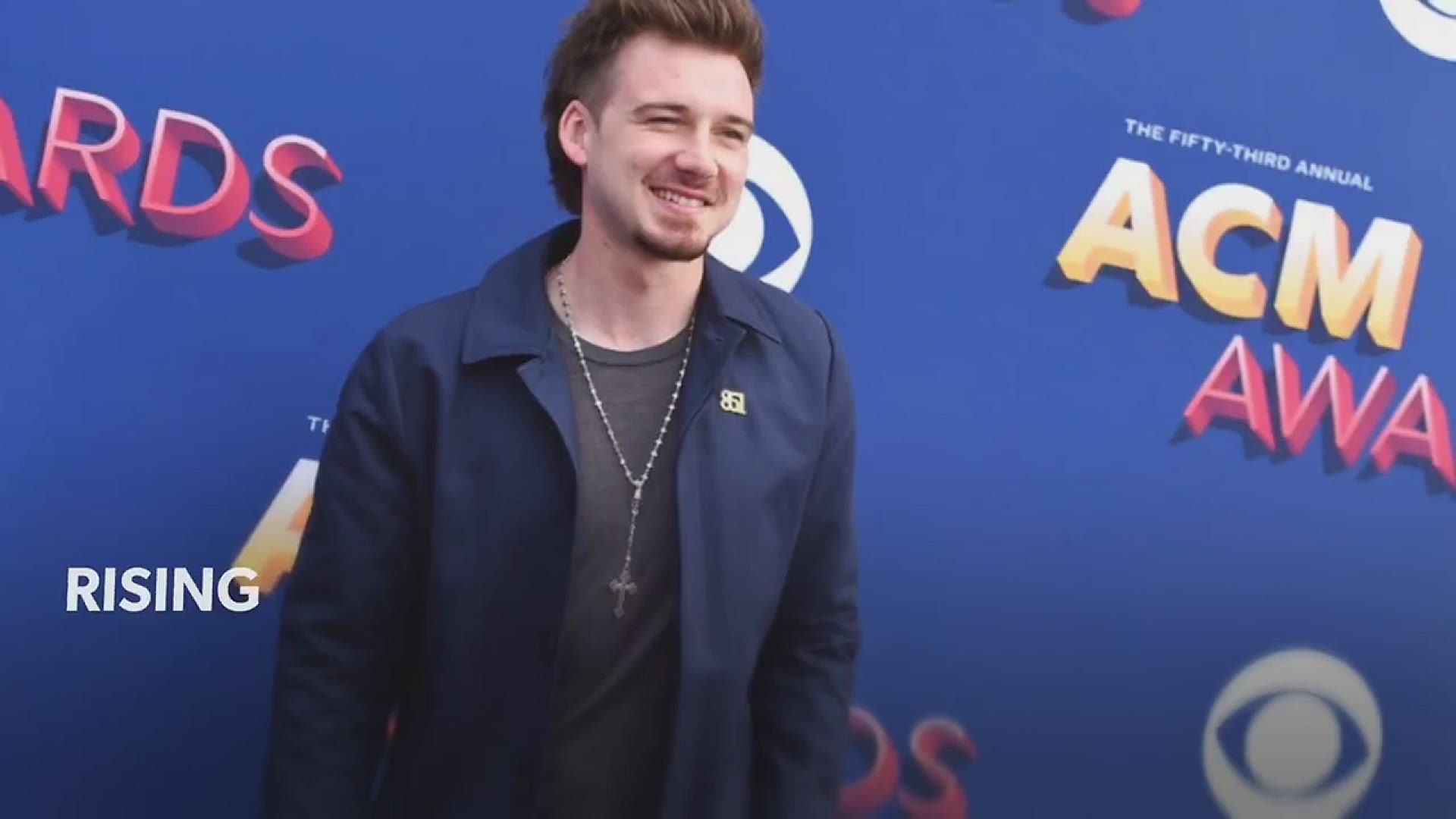 NASHVILLE, Tenn. — Country star Morgan Wallen has been suspended indefinitely from his label after a video surfaced of him shouting a racial slur and radio stations have removed his music from their playlists.

Big Loud Records said in a statement posted to social media on Wednesday that Wallen's contract has been suspended indefinitely. Republic Records, which he is co-signed to, said it agreed with Big Loud's decision and said “such behavior will not be tolerated.”

The video, which was first published by TMZ on Tuesday night, showed Wallen outside a home in Nashville, Tennessee, yelling profanities and a racial slur.

Wallen said in a statement to TMZ that he is embarrassed and sorry.

“I used an unacceptable and inappropriate racial slur that I wish I could take back. There are no excuses to use this type of language, ever. I want to sincerely apologize for using the word. I promise to do better,” his statement said.

ACM released a statement as well saying, “The Academy of Country Music will halt Morgan Wallen’s potential involvement and eligibility for this year’s 56th Academy of Country Music Awards cycle,” the ACM Awards tweeted Wednesday. The statement continued by saying, “We have made his management team aware of this decision. The Academy does not condone or support intolerance or behavior that doesn’t align with our commitment and dedication to diversity and inclusion.”

He’s one of the genre’s biggest young stars. His sophomore album, “Dangerous: The Double Album,” is spending its third week atop the Billboard 200 chart and it has set several streaming records, even besting the recent release from country star Luke Combs. Wallen is also one of the few country acts to score a Top 10 hit on the pop charts, thanks to the success of “7 Summers” and “Wasted on You.”

But the fall from the top has been swift.

“In light of Morgan Wallen’s recent actions involving the use of a racial slur, we have made the decision to remove his music and content from our stations effective immediately,” according to a statement from iHeartMedia, which has hundreds of radio stations across the country.

As of Wednesday morning, streaming apps like Spotify and Apple Music don't have his songs in their most popular country music playlists, where normally Wallen had multiple songs from his new album.

SiriusXM and Pandora also removed his music from their playlists, according to a spokesman for SiriusXM. The music television channel CMT said it was removing his appearances from all its platforms.

“We do not tolerate or condone words and actions that are in direct opposition to our core values that celebrate diversity, equity and inclusion,” CMT said in a statement posted online.

After learning of Morgan Wallen’s racial slur late last night, we are in the process of removing his appearances from all our platforms. We do not tolerate or condone words and actions that are in direct opposition to our core values that celebrate diversity, equity & inclusion.

The Tennessee-born singer who has hits with songs like “Whiskey Glasses” and “Up Down” featuring Florida Georgia Line, has done a lot of public apologizing lately.

Wallen was arrested for public intoxication and disorderly conduct in May 2020 after getting kicked out of a downtown Nashville bar.

In October, “Saturday Night Live” dropped him from a scheduled performance on their show after he violated COVID-19 protocols when videos appeared on social media of him partying with fans in Alabama. He was later invited back on the show in December, where he appeared in a skit making fun of himself.

“It actually IS representative of our town because this isn’t his first ‘scuffle’ and he just demolished a huge streaming record last month regardless,” tweeted country star Maren Morris. “We all know it wasn’t his first time using that word. We keep them rich and protected at all costs with no recourse.”

It actually IS representative of our town because this isn’t his first “scuffle” and he just demolished a huge streaming record last month regardless. We all know it wasn’t his first time using that word. We keep them rich and protected at all costs with no recourse.

Other music stars have faced backlash for using racial slurs or derogatory language. Justin Bieber apologized in 2014 for using a racial slur joke in a video from when he was a teenager.

In the past, country radio has sometimes ignored offensive behavior by male stars, even as female artists like the Chicks, formerly known as the Dixie Chicks, were removed from radio for criticizing the U.S. president. Country star Jason Aldean wore blackface for a Halloween costume in 2015, but never issued an apology, and he remains one of the top selling country artists.