The three-time Daytona 500 winner and 1999 Cup champion said the only symptom he had was a slight cough and that he was doing well. 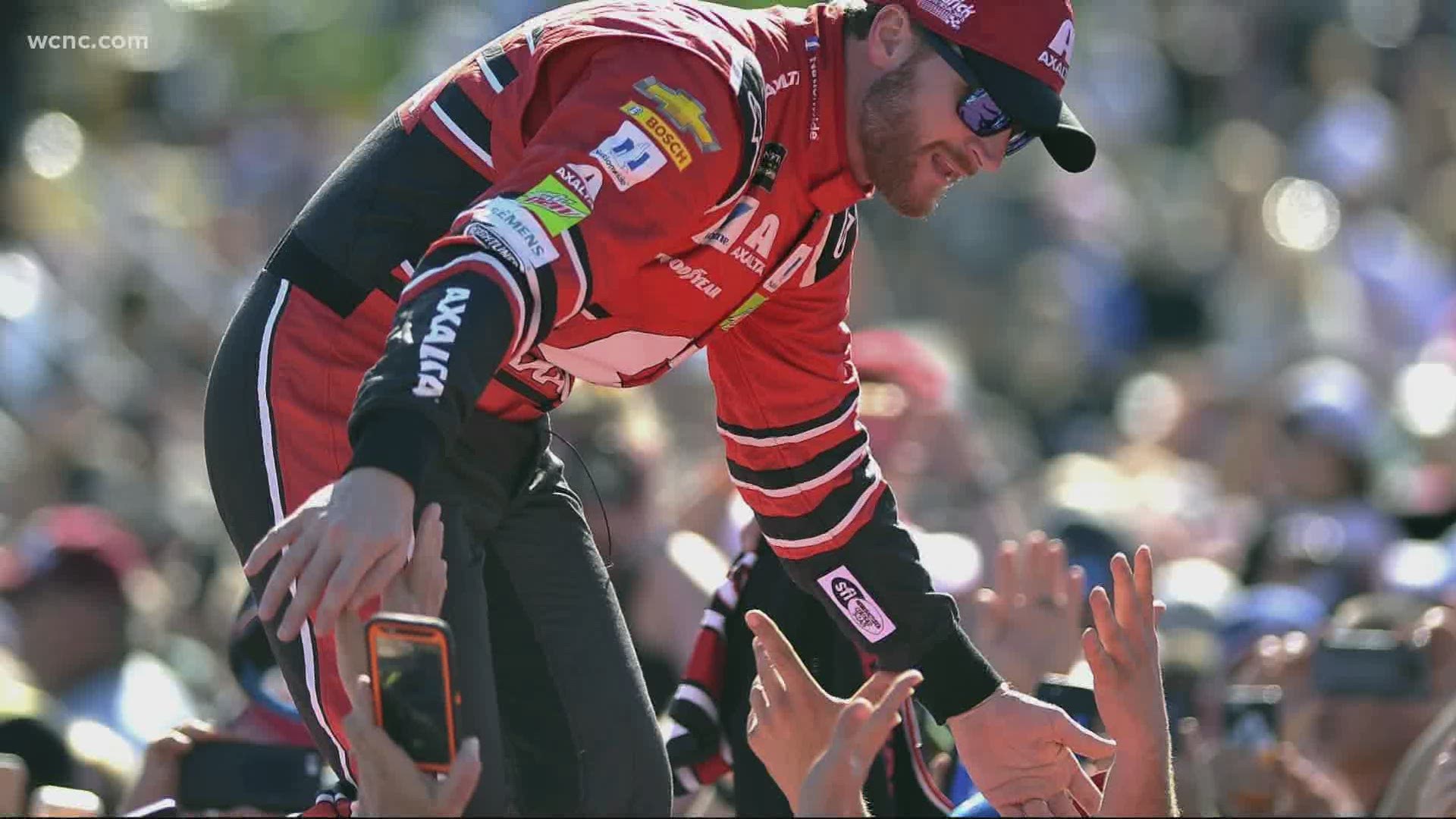 NASCAR Hall of Famer Dale Jarrett announced Tuesday he has tested positive for COVID-19 and now is in quarantine.

The 63-year-old Jarrett broke the news during NASCAR's Hall of Fame announcement, explaining that's why he did not return to NBCSN's studio with the other hosts.

The three-time Daytona 500 winner and 1999 Cup champion said the only symptom he had was a slight cough and that he was doing well.

“I’ve been one of the very fortunate ones that my symptom has only been a slight cough throughout all of this and it’s really getting less and less each day, so I’m doing very, very well," Jarrett said. “All I can say is follow all the guidelines stay as safe as you possibly can and hopefully we can all get through this in the very near future."

Credit: AP
FILE - In this Jan. 20. 2017, file photo, former driver and television commentator Dale Jarrett poses for photographers on the red carpet before the start of the NASCAR Hall of Fame Induction ceremony in Charlotte, N.C. Jarrett says he has tested positive for coronavirus and now is in quarantine. The three-time Daytona 500 winner and 1999 Cup champion made the announcement during NBCSN's Hall of Fame announcement show on Tuesday. (AP Photo/Mike McCarn, File)

For most people, the new coronavirus causes mild or moderate symptoms. For some, especially older adults and people with existing health problems, it can cause more severe illness, including pneumonia and death.

The United States has more than 2.1 million confirmed cases of COVID-19, according to statistics from Johns Hopkins University.