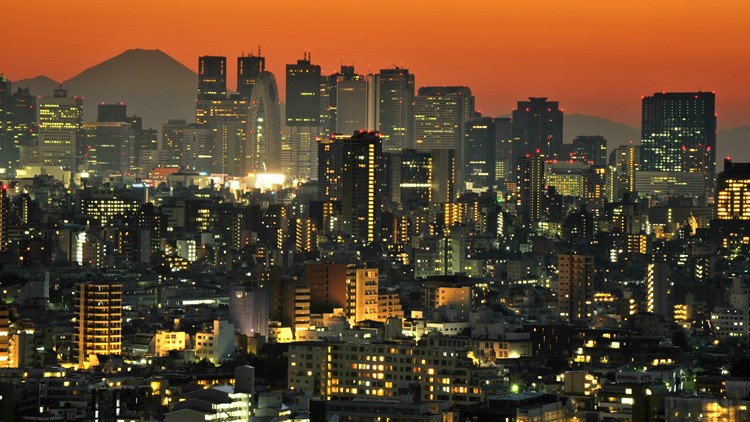 Photo by: KAZUHIRO NOGI/AFP/Getty Images
Japan's highest mountain Mount Fuji rises up behind the skyscrapers dotting the skyline of the Shinjuku area of Tokyo at sunset on 21 October, 2012.

OK. So imagine you have cremated your husband’s body, which was found in a river in your city. You enter a period of mourning and then begin to remake your life.

That’s what happened to a Japanese woman who in June 2017 was given the body of a man, believed to be her husband, who had been found dead in the Edo River in eastern Toyko.

According to local media, the handover occurred after police examined missing persons reports, and suspected the body might be that of a man in his early 40s from Matsudo, a suburb of Tokyo, who had been reported missing by his family three days earlier

After the wife and two other relatives examined the body, which was not accompanied by identity papers such as a driver’s license, and said it was that of their kin, police gave it over to the family, The Mainichi newspaper reported.

The matter seemed to be settled. And then the family earlier this month notified police that the man had returned alive in May. In revealing the case on Wednesday, police would not say where he had been or what he had been doing.

Authorities said the body, which turned out to be of another missing man in his late 30s, might have been misidentified because both men were about the same height and age. Corpses that are thought to be unrelated to crime are usually returned to the families only after visual inspections and without additional tests, the paper said.

A police official was apologetic about the error, The Mainichi reported. "The incident is extremely regrettable. We're determined to prevent a recurrence," said Tomoaki Uehara, a senior officer.

After the mix-up, the police department subsequently found that a missing person's report on a Tokyo man in his 30s had been submitted to the force on the day the body was found. Fingerprints taken from the dead man’s hands confirmed this, according to the paper.

The police said they will hand over the cremated remains to the man’s family.