The Florida officer pulled over his car to help a dog that had just been hit while trying to cross the freeway. 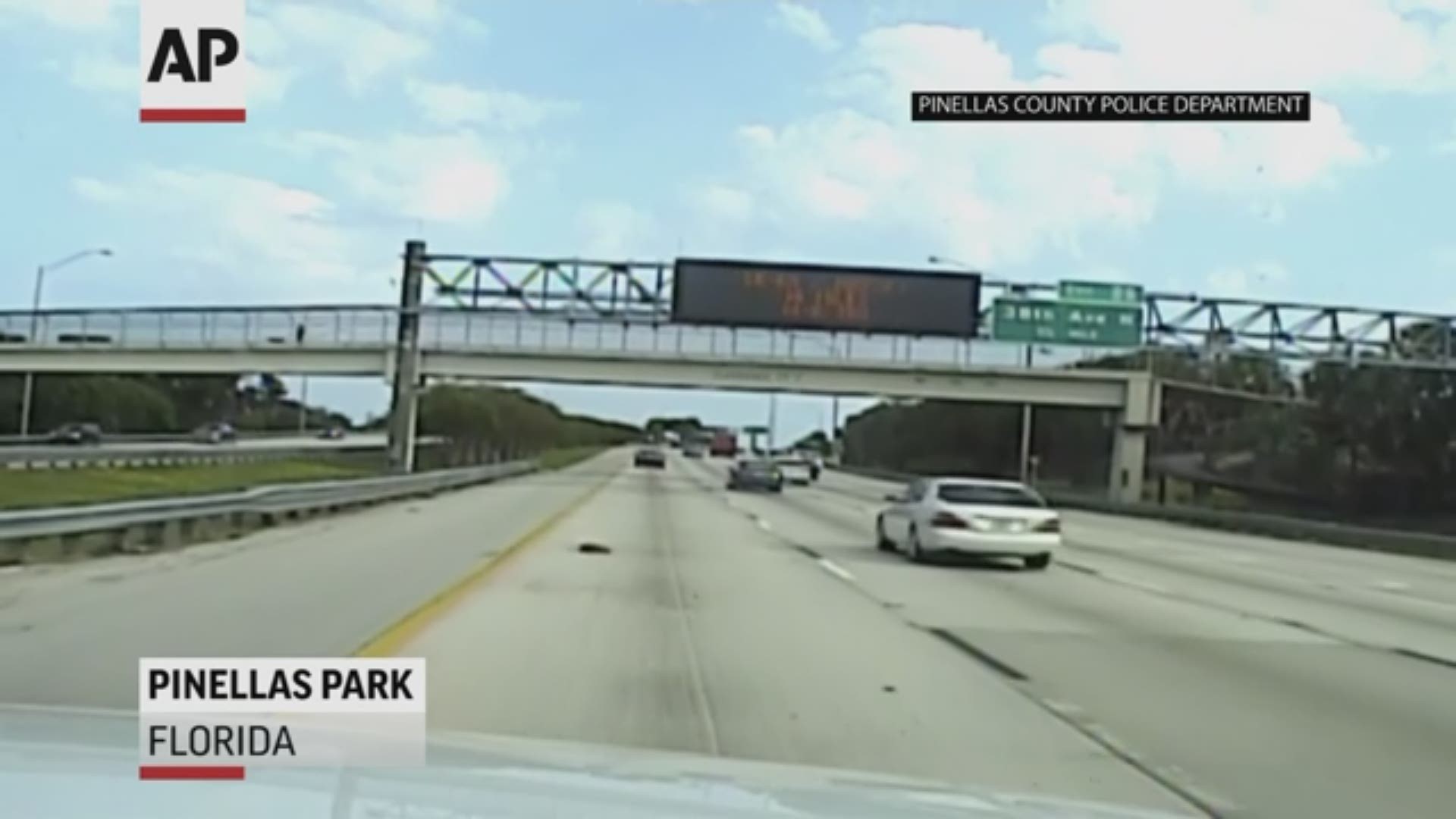 Warning: The video above may be difficult to watch as you see the dog being hit by a car.

A police officer in Pinellas Park, Florida, saved the life of a dog that was hit by a car while trying to cross an interstate.

Officer Joseph Puglia was on his way to work when he witnessed the dog get hit on Sept. 19 on Interstate 275.

Without hesitating, he swerved to block the dog from traffic. He scooped up the animal and rushed it to the Pinellas Animal Hospital.

The dog has since made a full recovery.

"This incident is just another example of the dedication and compassion our officers have for our four-legged friends," the Pinellas Park Police Department wrote on Facebook.

The owner has not been found yet because the dog did not have a microchip or tag. As a result, the dog has been taken to Pinellas County Animal Services.

If you recognize the dog from the photos below, you're asked to forward the owner this article so the pet and owner can be reunited.