The scene has inspired dozens of Starbucks memes but the show's art director says it was simply overlooked. 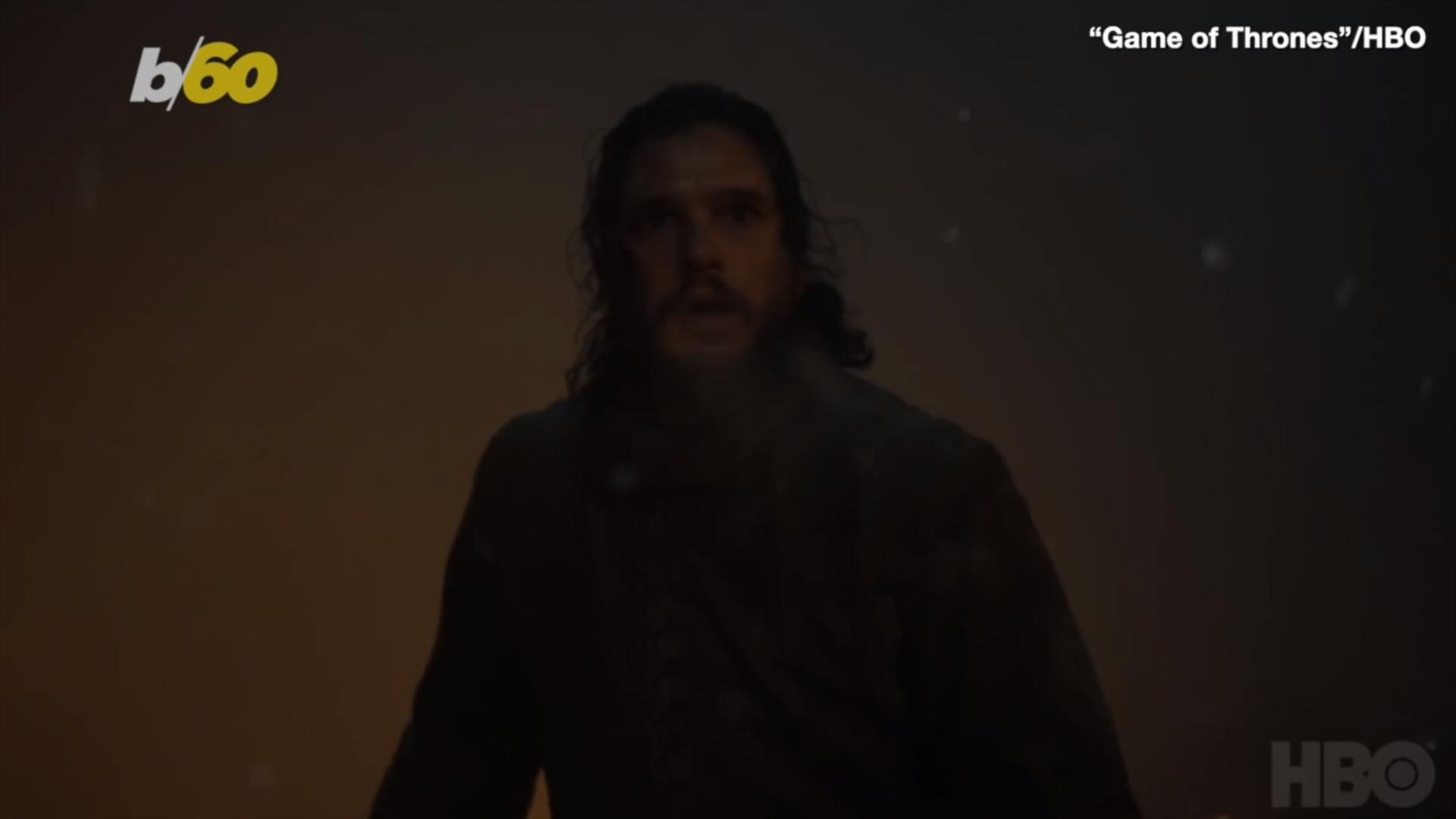 Warning: Spoilers for Season 8 of "Game of Thrones" ahead.

Eagle-eyed viewers of Sunday night's episode of "Game of Thrones" may have noticed a peculiar modern day object in one of show's scenes: a coffee cup.

The cup appears a little bit before 20 minutes into the episode, while our characters in Winterfell were feasting after successfully defeating the Night King. While Tormund is congratulating Jon Snow on successfully riding a dragon, Daenerys can be seen brooding in the background with a to-go cup of coffee.

It's unclear what brand of coffee Daenerys Stormborn of House Targaryan, First of Her Name prefers, but fans have taken the continuity error and run with it. Many have pointed out that it would be next to impossible for the average Starbucks employee to spell her name correctly.

The show's art director, Hauke Richter, said in a statement to Variety, that the whole gaffe has been "blown out of proportion."

He explained to TMZ that it was an honest mistake, and not from Starbucks but a local coffee shop in Ireland where the show filmed.

"We are usually so diligent that this does not happen," Richter said to TMZ. "The shoot was very hard and demanding and it is likely that after a very tiring ep 3 shoot, this was simply overlooked by an exhausted crew."

The official "Game of Thrones" Twitter account tweeted early Monday evening that the coffee cup that appeared in the episode was a mistake and that the contents of that mistake consisted of herbal tea, not coffee.

"News from Winterfell," the show tweeted. "#Daenerys had ordered an herbal tea."

Others took at jab at the show's cinematographer, who defended the show's lighting after fans said the Battle of Winterfell was too dark to see anything.

“A lot of the problem is that a lot of people don’t know how to tune their TVs properly," he said in an interview with Wired U.K.  "A lot of people also, unfortunately, watch it on small iPads, which in no way can do justice to a show like that anyway.”

Some fans are convinced this makes coffee shops an canon feature in "Game of Thrones" now.

Regardless of how the cup made it into that scene, one thing's for sure. After defeating an army of the dead, the characters needed a pick me up.