House to vote on new security as threats against members double

Many members of Congress say they fear for their personal safety more than they did before the Jan. 6 siege on the U.S. Capitol. 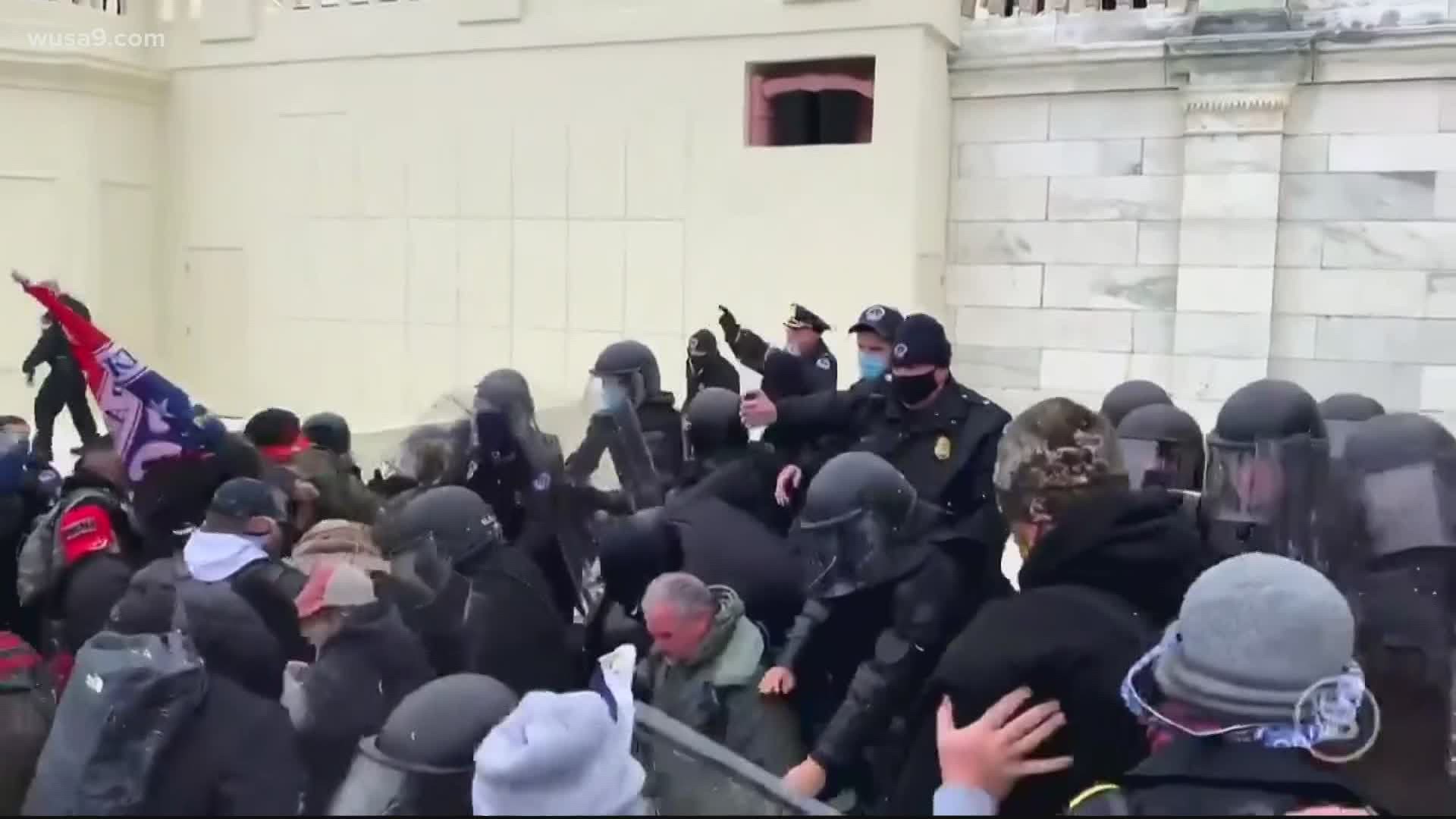 WASHINGTON — Colorado Rep. Jason Crow, a former Army Ranger who served three tours in Iraq and Afghanistan, says it took time for him to stop constantly scanning his environment for threats when he returned from war 15 years ago. But after the violent insurrection at the U.S. Capitol on Jan. 6, he says he’s picked the habit up again.

Crow was trapped with several other members of Congress in the upper gallery of the U.S. House that day while a mob of President Donald Trump’s supporters tried to beat down the doors to the chamber and stop the certification of President Joe Biden’s victory.

Crow says he never would have thought “in a million years” he’d be in that situation in the Capitol, but some of his old training has since kicked in, like looking in his rear-view mirror and assessing if people around him might be carrying a gun. Like almost every other member of Congress, his office has received threats against his life.

“There’s no doubt that members are on edge right now,” Crow says, and the threats from outside “are unfortunately the reality of congressional life.”

Those threats have more than doubled this year, according to the U.S. Capitol Police, and many members of Congress say they fear for their personal safety more than they did before the siege. Several say they have boosted security measures to protect themselves and their families, money for which will be part of a broad $1.9 billion spending bill that the House will vote on this week, along with a separate measure that would create a bipartisan commission to investigate the Jan. 6 attack. Democrats, in particular, say both bills are crucial to try to reconcile the trauma that many still feel.

“This was an armed assault on our democracy, and I’m a witness — I’m a victim and a witness to it,” says New Hampshire Rep. Annie Kuster. She received treatment for post-traumatic stress after she was also trapped in the House gallery that day and heard rioters trying to break through the doors close to where she was hiding.

Kuster says she thought she was going to die before officers cleared the hallways and hustled her and others out. “I think we need a full investigation with a Jan. 6th commission, and I believe that the Capitol Police who saved our lives that day deserve more support," she says.

Democrats say a bipartisan commission investigating the attack, including what led to it, is more important than ever after some Republicans have recently started to downplay the severity of the insurrection, portraying the rioters who brutally beat officers with flagpoles and other weapons and broke into the Capitol through windows and doors as peaceful patriots.

Many Republicans who initially condemned Trump for telling his supporters to “fight like hell” that day have increasingly stayed quiet on his repeated false claims that the election was stolen, even though that was rebuked by numerous courts, bipartisan election officials across the country and Trump’s own attorney general. It’s unclear how many in the GOP will vote for either bill.

Rep. Andrew Clyde, R-Ga., said at a hearing last week that a video feed of the rioters looked like they were on a “normal tourist visit.” Rep. Paul Gosar, R-Ariz., said a woman who was shot and killed by police as she tried to break through a window adjacent to the House chamber was “executed," and he argued that the Justice Department is harassing those who have been arrested.

The Rep. Clyde news reminded me of this:

Michigan Rep. Dan Kildee, a Democrat who also says he suffered from post-traumatic stress disorder after the attack, said those comments were “really hard to take” after witnessing the insurrection. He says he’s received an increased number of threats since January, especially when he has spoken on TV about treatment he received in the aftermath. Some of the calls and messages are specific and credible threats, he says, while many others are “abusive, threatening type language.”

The security spending bill would provide congressional offices with more money to combat those threats, including enhanced travel security, upgrades to home-district offices and better intelligence to track people down. The bill would also “harden” the complex by reinforcing doors and windows, adding security vestibules and cameras and providing dollars for removable fencing that could quickly be erected during a threatening situation while leaving the Capitol open to visitors.

Like many members, Republican Rep. Rodney Davis of Illinois says he feels as if the threats are more acute in his home district, where there is less security. On Capitol Hill, lawmakers are currently protected by a tall fence and National Guard troops who have been there since Jan. 6. Members are “as safe as ever” there, he says, but “it’s those times when you’re not in the Capitol, I think that’s where the threats seem to emanate from the most.”

Davis knows that well, as one of several Republican members who was at a baseball practice four years ago in Alexandria, Virginia, when a gunman wounded Rep. Steve Scalise, R-La., and four other people. And in 2019, an Illinois man was arrested for “threatening to blow my head off,” as Davis puts it. Randall Tarr pleaded guilty to federal charges and was sentenced to probation.

As the top Republican on the House Administration Committee, which oversees the Capitol Police, Davis has pushed for the force to be more aggressive in arresting those who threaten members and to reform the arcane command structure in Congress that forces the chief to ask for permission before making major decisions. The security spending bill would not do that, but it would boost Capitol Police training and pay for new equipment after the force was badly overrun on Jan. 6.

In the meantime, members are upgrading their personal security. Rep. Jim Himes, D-Conn., says he’s started using his house alarm more often and has been more cautious in recent months. “I’ve definitely felt less secure since Jan. 6 than I did before,” says Himes, who sits on the House intelligence committee.

Some say it’s easier not to know what's going on. Illinois Rep. Raja Krishnamoorthi, a Democrat, said he’s generally adopted a “don’t ask, don’t tell” policy with his staff on security matters since the insurrection, and he doesn’t ask why when a police car sometimes shows up in front of his house to guard it.

“I don’t necessarily want to know the full story,” says Krishnamoorthi, who has young children. “I just trust that law enforcement is doing their job.”

Kuster says she is feeling better these days after taking advantage of employee assistance resources in the Capitol. Still, she says her experience was “really, really difficult,” especially because she received a death threat as soon as she arrived home to New Hampshire after the insurrection. Home was the one place “I can usually feel safe,” she says.

She said she regularly talks to and texts with her colleagues who have also had post-traumatic stress, and she says some of them are still hurting.

“We need a security plan so that everyone can feel safe here,” Kuster says. “I want the ‘people’s house’ to be able to reopen.”