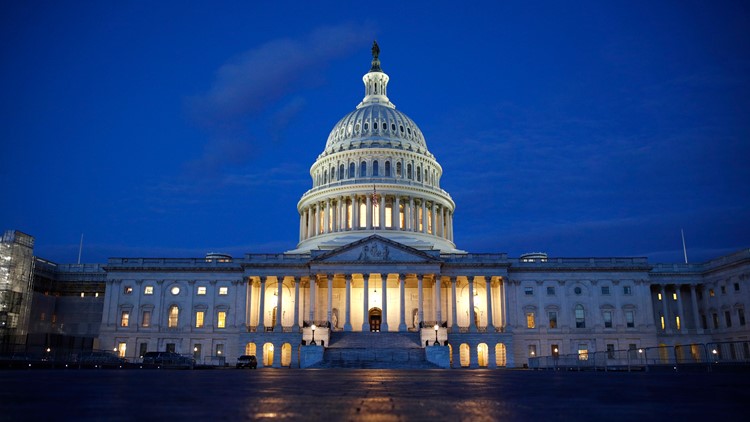 Photo by: AP
FILE - In this Dec. 4, 2019, file photo, fight shines on the U.S. Capitol dome in Washington. The votes are there. The rules and choreography are set, more or less. And now — hear ye, hear ye — the Senate impeachment trial of President Donald Trump is nearly set to begin. Here's what to expect when the Senate puts the impeachment articles against Trump on trial, starting as early as this coming week. (AP Photo/Patrick Semansky, File)

The House is expected to vote Wednesday to send the articles of impeachment against President Donald Trump to the Senate.

"I am proud of the moral courage of Members to honor the vision of our Founders for a Republic, the sacrifice of our men and women in uniform to defend it and the aspirations of our children to live freely within it," Pelosi said in a statement.

She also admonished McConnell in her statement, saying his dismissal resolution was "a coverup." "The American people will fully understand the Senate’s move to begin the trial without witnesses and documents as a pure political cover-up.  Leader McConnell and the President are afraid of more facts coming to light, she said."

RELATED: Ahead of impeachment trial, Trump suggests not having it

He meets later with Republican senators on terms of the trial. Trump is charged with abuse of power for pushing Ukraine to investigate Democratic rival Joe Biden as he withheld aid to Ukraine. Trump is also charged with obstructing Congress' probe.

It will be only the third presidential impeachment trial in American history. Trump has denied any wrongdoing.