Iran's foreign minister called the move a 'foolish escalation' after Gen. Soleimani, head of Iran's elite Quds force, was killed in a strike at Baghdad's airport. 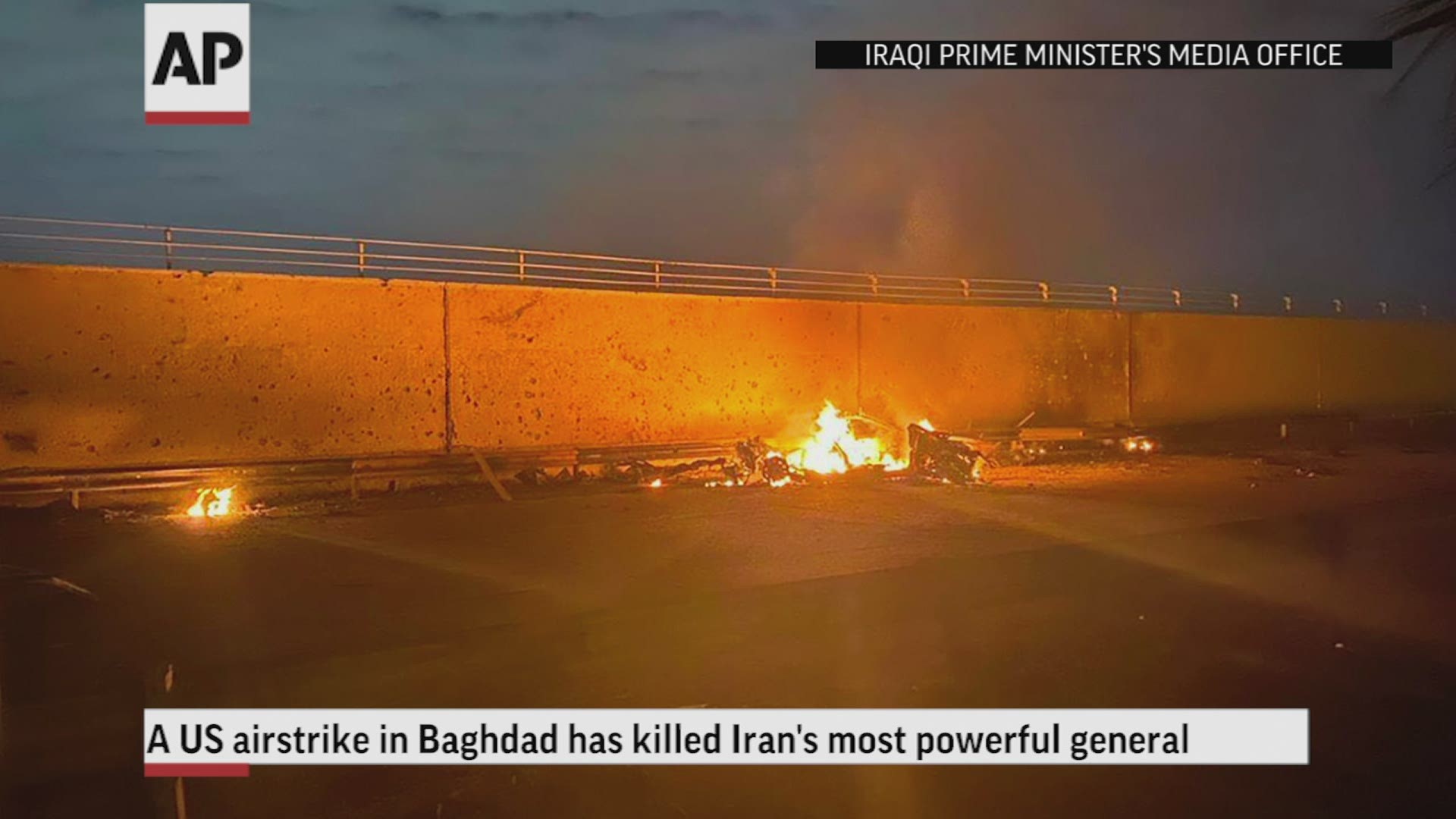 The Pentagon says the U.S. military has killed Gen. Qassem Soleimani, the head of Iran's elite Quds Force, at the direction of President Donald Trump.

Iran's foreign minister, Javad Zarif, spoke out calling the strike an "act of international terrorism." Zarif said the move by the U.S. was "extremely dangerous" and "a foolish escalation."

U.S. Secretary of State Mike Pompeo tweeted a video saying Iraqis were "dancing in the street for freedom" and "thankful that General Soleimani is no more."

It was an airstrike that killed Soleimani, who was the architect of Iran's regional security apparatus. The strike happened at Baghdad's international airport Friday, Iranian state television and three Iraqi officials said. "General Soleimani was actively developing plans to attack American diplomats and service members in Iraq and throughout the region," the Department of Defense said in a statement.

The Department of Defense said, "at the direction of the President, the U.S. military has taken decisive defensive action to protect U.S. personnel abroad by killing Qasem Soleimani, the head of the Iranian Revolutionary Guard Corps-Quds Force, a U.S.-designated Foreign Terrorist Organization."

The Department of Defense statement said, "this strike was aimed at deterring future Iranian attack plans. The United States will continue to take all necessary action to protect our people and our interests wherever they are around the world.

Iraq’s Security Media Cell, which releases information regarding Iraqi security, said the rockets landed near the cargo hall Friday. It reported several casualties and said two cars were on fire.

The attack comes amid tensions with the United States after a New Year's Eve attack by Iran-backed militias on the U.S. Embassy in Baghdad.