Chaka said before the game “it’s a privilege that I’ve been chosen to represent women and women of color in the most popular sport in America.” 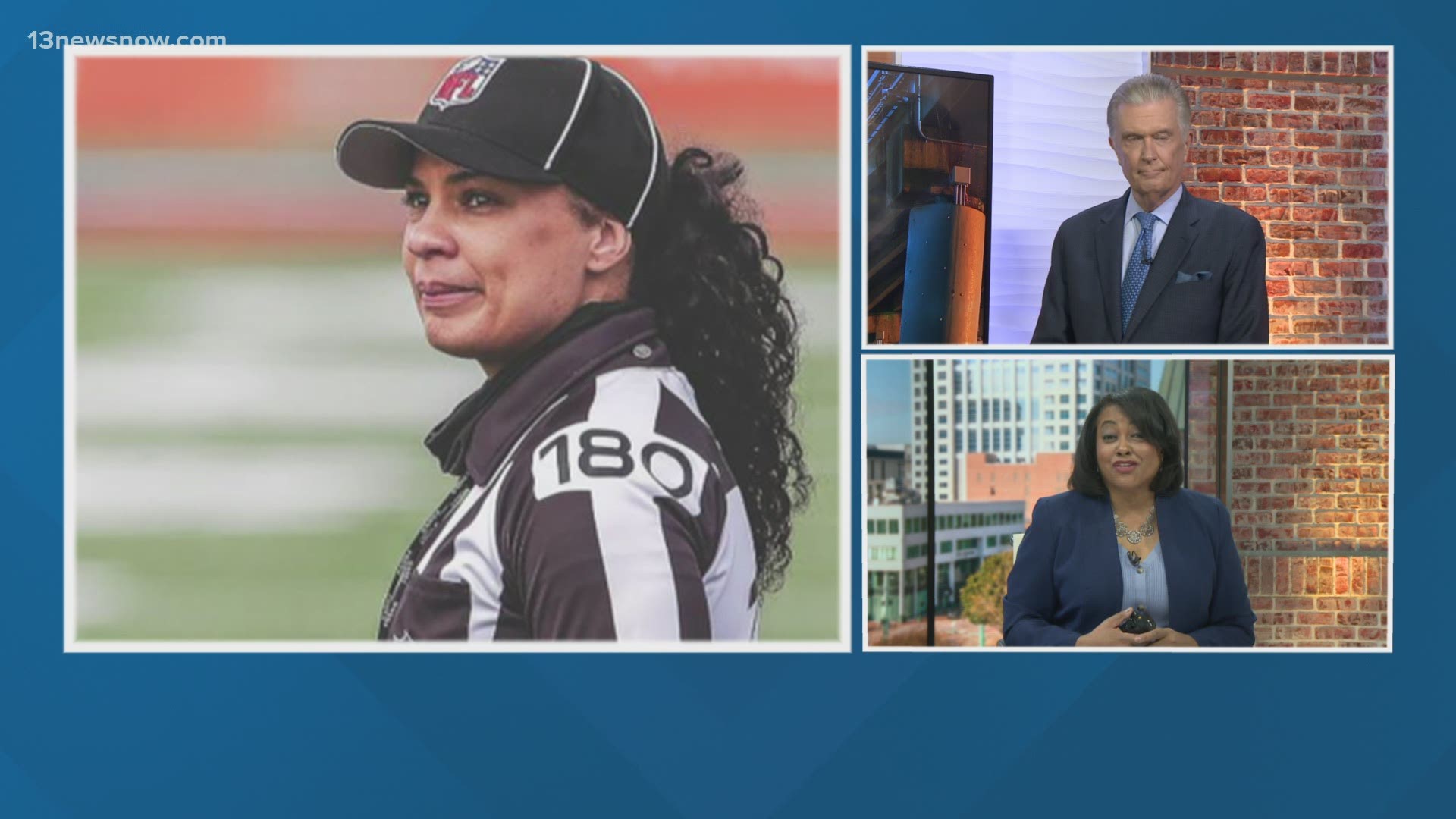 WASHINGTON — Editor's note: The attached video is from March 2021, when the NFL announced Maia Chaka was added to its officials roster.

Maia Chaka made history on Sunday, becoming the first Black woman to officiate an NFL game.

She worked as a line judge for the Jets-Panthers game.

Chaka said on an official NFL Instagram post before the game that “it’s a privilege that I’ve been chosen to represent women and women of color in the most popular sport in America.”

Chaka has experience working as an official on the college level for the Pac-12 Conference and Conference USA. In 2014, she joined the NFL’s Officiating Development Program, which "identifies top collegiate officiating talent to expose them to some of the same experiences as NFL officials," the NFL said.

She's been a health and physical education teacher in Virginia Beach, Va., the NFL said earlier this year when it was announced Chaka was added to the officiating roster. She's also a graduate of Norfolk State University, where she earned her bachelor’s in education in 2006.

In 2015, Sarah Thomas was the first female hired as a full-time NFL official. Earlier this year, Thomas made history again by becoming the first woman to officiate in the Super Bowl.

Respect all around as Sarah Thomas made history as the first woman to officiate a Super Bowl 🤝@MikeEvans13_ | @PatrickMahomes pic.twitter.com/VVRjetk2eZ