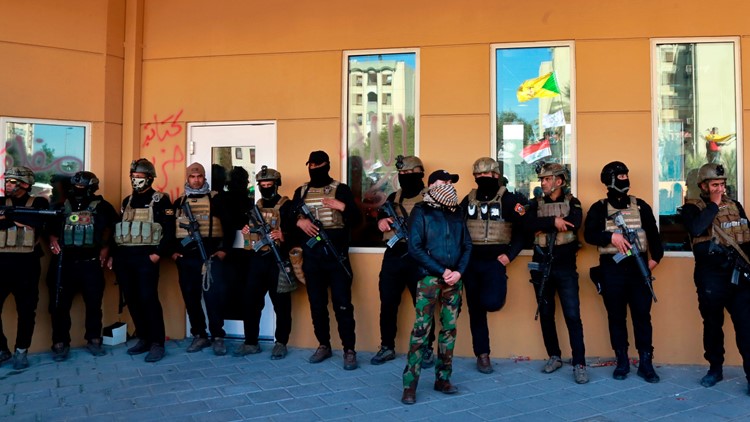 Dozens of Iraqi Shiite militiamen and their supporters have broken into the U.S. Embassy compound in Baghdad, smashing a main door and setting fire to a reception area.

The mob was angered over deadly U.S. airstrikes that targeting the Iran-backed militia on Sunday. In the violence on Tuesday, U.S. guards fired tear gas as palls of smoke rose over the compound.

President Donald Trump blamed Iran for the embassy breach and said they will be held "fully responsible." The developments represent a major downturn in Iraq-U.S. relations that could further undermine U.S. influence in the region and also weaken Washington's hand in its maximum pressure campaign against Iran.