Elliott has advanced to the round of eight for the fourth straight year. He's never raced for the championship. 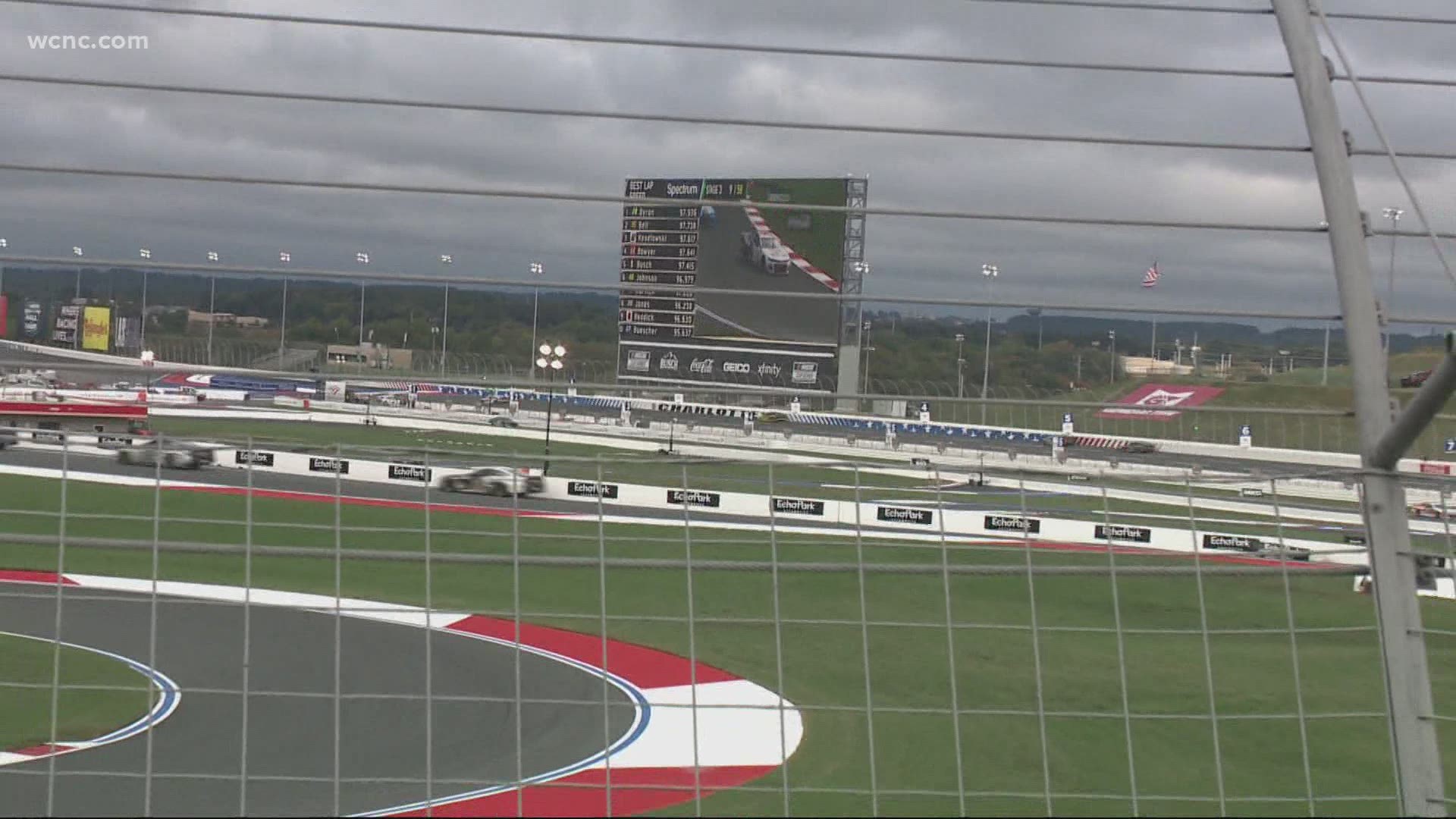 CONCORD, North Carolina — NASCAR will crown a new champion this year following Kyle Busch's elimination in the second round of the playoffs.

Chase Elliott won Sunday on the hybrid road course-oval at Charlotte Motor Speedway, where four drivers, including Busch, were trimmed from title contention. Busch likely needed to win the race to advance into the round of eight, but instead became the first reigning champion knocked out of contention after two rounds since the format began in 2014.

A victory was a tall ask in this winless season for Busch but he went down swinging. A flat tire at the end of the second stage should have ended his chances and he thought he was done, keying his mic for a resigned “Good job this year, guys,” to his No. 18 Joe Gibbs Racing crew.

He hung in and worked his way into the top three and was able to take the lead when Busch opted not to pit under caution. On older tires, Busch could only stave off traffic for one lap after the restart and he faded to a 30th-place finish.

There are only four races remaining for him to extend his streak to 16 consecutive seasons with at least one victory, and Busch failed to advance to the final four championship finale for the first time since 2015.

RELATED: Race fans expected to give much needed economic boost

Austin Dillon in a Chevrolet for Joe Gibbs Racing, and Stewart-Haas Racing teammates Clint Bowyer and Aric Almirola in Fords also were eliminated. Bowyer this week said he's retiring at the end of the season and will move to the television booth.

Elliott, meanwhile, won for the second consecutive year at “The Roval” and extended his winning streak on road courses to four straight dating to last season. It was Elliott's third win of this season and second at Charlotte — he won on the oval in May when NASCAR resumed racing during the pandemic.

Elliott will try to take that momentum into the round of eight, which he advanced to for the fourth-straight year. Elliott has never made it to the championship finale.

Elliott advanced along with Denny Hamlin and Kurt Busch, who won the first two races of the second round, along with Kevin Harvick, Martin Truex Jr., Joey Logano and Alex Bowman.

Bowman battled anxiety through the race as he worried Kyle Busch would win the race and the automatic berth into the next round. When Busch didn't pit, Bowman nervously asked his Hendrick Motorsports team if he was about to be eliminated.

It didn't matter as Elliott took control of the race to win in his Hendrick Chevrolet and proved to be the best active road course racer in NASCAR with a 42% winning percentage.

Logano finished second in a Ford and was followed by Erik Jones, who is not in the playoffs, in a Toyota. Kurt Busch was fourth.