Amid the nation's opioid crisis, the children's program is exploring the story of Elmo's friend, who has a parent battling addiction. 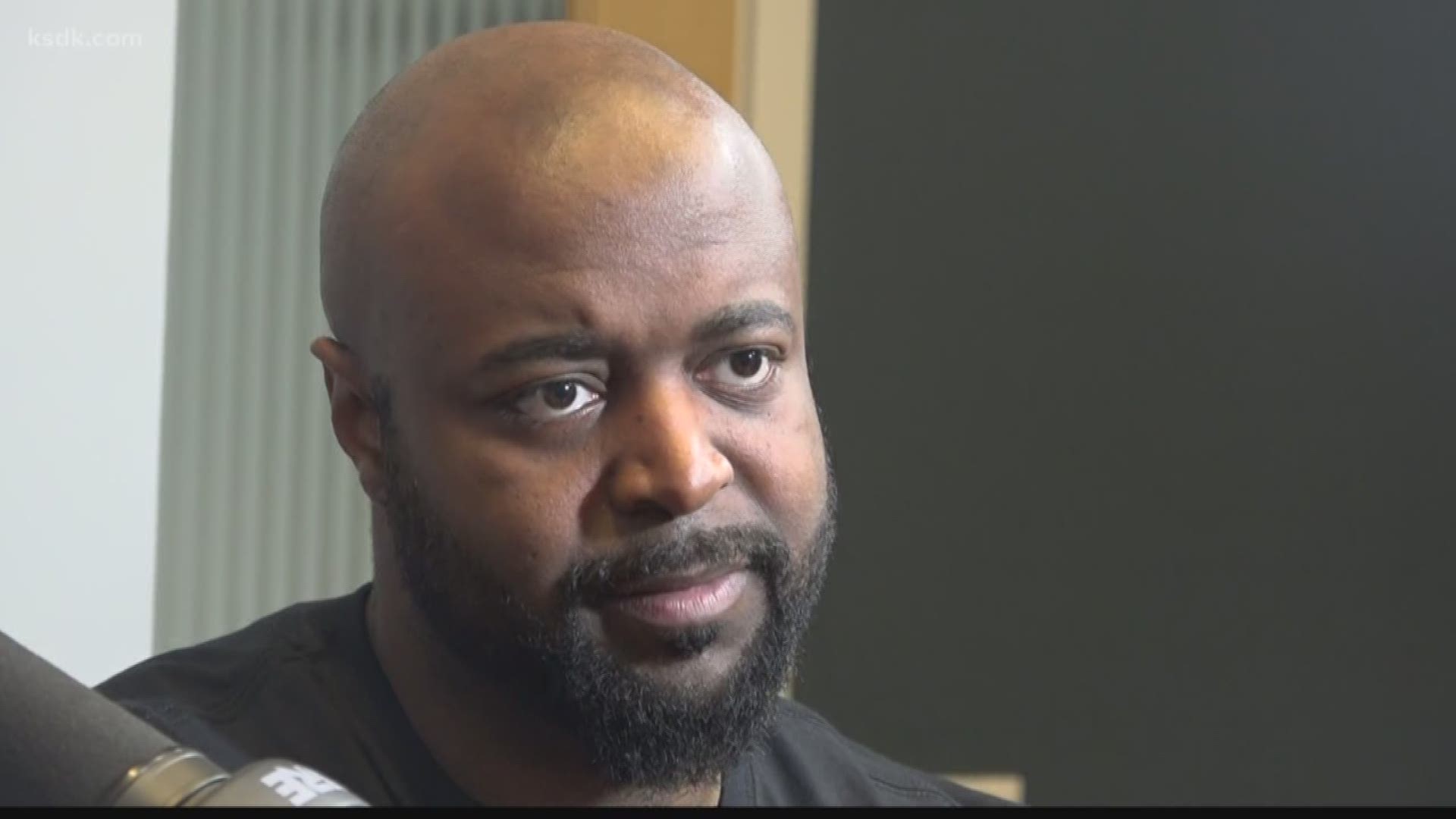 NEW YORK — "Sesame Street" is taking a new step to try to help kids navigate life in America — it's tackling the opioid crisis.

Sesame Workshop is exploring the backstory of Karli, a bright green, yellow-haired friend of Elmo's whose mother is battling addiction. The initiative is part of the Sesame Street in Communities resources available online.

"Sesame Street" creators said they turned to the issue of addiction since data shows 5.7 million children under age 11 live in households with a parent with substance use disorder.

"There's nothing else out there that addresses substance abuse for young, young kids from their perspective," said Kama Einhorn, a senior content manager with Sesame Workshop. It's also a chance to model to adults a way to explain what they're going through to kids and to offer simple strategies to cope.

"Even a parent at their most vulnerable — at the worst of their struggle — can take one thing away when they watch it with their kids, then that serves the purpose," Einhorn said.

RELATED: What you need to know about Sesame Street's premiere on HBO Max

RELATED: Knoxville photographer reunites mother with her son's missing Elmo more than a decade after he passed away

Credit: AP
This Aug. 6, 2019 photo shows Salia Woodbury, 10, left, from Irvine, Calif., on the set with "Sesame Street" muppet Karli and puppeteer Haley Jenkins during a taping about parental addiction in New York. Sesame Workshop is addressing the issue of addiction. Data shows 5.7 million children under 11 live in households with a parent with substance use disorder. Salia's parents are in recovery after struggling with addiction and share her experience with the show's Karli—whose muppet character has a mom who is also in recovery. (AP Photo/Bebeto Matthews)

This summer in Manhattan, The Associated Press looked on as puppeteers, producers and show creators crammed into a small studio in the nonprofit's Manhattan headquarters to tape some of the upcoming segments.

Karli, voiced and manipulated by puppeteer Haley Jenkins, was joined by a young girl — 10-year-old Salia Woodbury, whose parents are in recovery.

"Hi, it's me, Karli. I'm here with my friend Salia. Both of our parents have had the same problem — addiction," Karli told the camera.

"My mom and dad told me that addiction is a sickness," Salia said.

"Yeah, a sickness that makes people feel like they have to take drugs or drink alcohol to feel OK. My mom was having a hard time with addiction and I felt like my family was the only one going through it. But now I've met so many other kids like us. It makes me feel like we're not alone," the puppet continued.

"Right, we're not alone," Salia responded. "And it's OK to open up to people about our feelings."

In the segment, Karli and Salia each hold up hand-drawn pictures of flowers, with multiple petals representing "big feelings" — like anger, sadness and happiness. They offer ways to feel better, including art and breathing exercises.

The segment leans on carefully considered language. Creators prefer "addiction" to "substance abuse" and "recovery" to "sobriety" because those terms are clearer to children. Despite the subject, the mood was light in the room, largely thanks to Jenkins' calm and empathic manner.

"I know it feels awkward because people don't normally have conversations standing shoulder-to-shoulder," she told Salia between takes. "This is weird, but trust me, it looks good."

Karli had already been introduced as a puppet in foster care earlier this year but viewers now will understand why her mother had to go away for a while. The introduction of her backstory follows other attempts by entertainment companies to explore the issues of addiction, including "The Connors" on ABC and "Euphoria" on HBO.

The online-only segments with Karli and Salia are augmented with ones that feature Elmo's dad, Louie, explaining that addiction is a sickness , and Karli telling Elmo and Chris about her mom's special adult meetings and her own kids' ones.

Karli also opens up about her family to Abby Cadabby in another segment, and Karli tells Elmo about how she mistakenly used to feel like her mom's addiction was her fault. Karli, Elmo, Rosita and Abby Cadabby also sing "We're Special and So Are You." Viewers are referred to free online resources in both English and Spanish that include videos, storybooks, digital interactives and games.

Children's therapist Jerry Moe, the national director of the Hazelden Betty Ford Children's Program, helped craft the segments and resources, saying he was grateful to help since there's been a paucity of resources for the preschool age-group.

"These boys and girls are the first to get hurt and, unfortunately, the last to get help," he said. "For them to see Karli and learn that it's not their fault and this stuff is hard to talk about and it's OK to have these feelings, that's important. And that there's hope."

"Sesame Street," which began airing in 1969, has a long history of tackling topical issues in a way approachable to children. It's had puppets with HIV, jailed parents and autism, explored homelessness, women's rights and even girls singing about loving their hair.

"For everything we've done — from military families to homelessness — it's all about how to make children free to talk and to give parents the tools to do just that. They tend to avoid it and it's what they need more than anything," said Sherrie Westin, president of global impact and philanthropy for Sesame Workshop.

Salia's parents — Sam and Jaana Woodbury, who are raising four girls in Orange County, California — said they welcomed the show's attention on opioid and alcohol addiction. They've been in recovery for about eight years.

"When I was going through addiction, I felt extremely alone and isolated. I didn't have any connection to the outside world," said Jaana Woodbury. "I think it's amazing that 'Sesame Street' is using their platform to share resources to help other women and fathers."

At the end of the taped segment with Karli and Salia, the puppet turns to the girl. "I'm so glad we're friends, Salia," Karli said.