The House debated for hours Wednesday before the Democratic majority voted to impeach the president on two articles: abuse of power and obstruction of Congress. 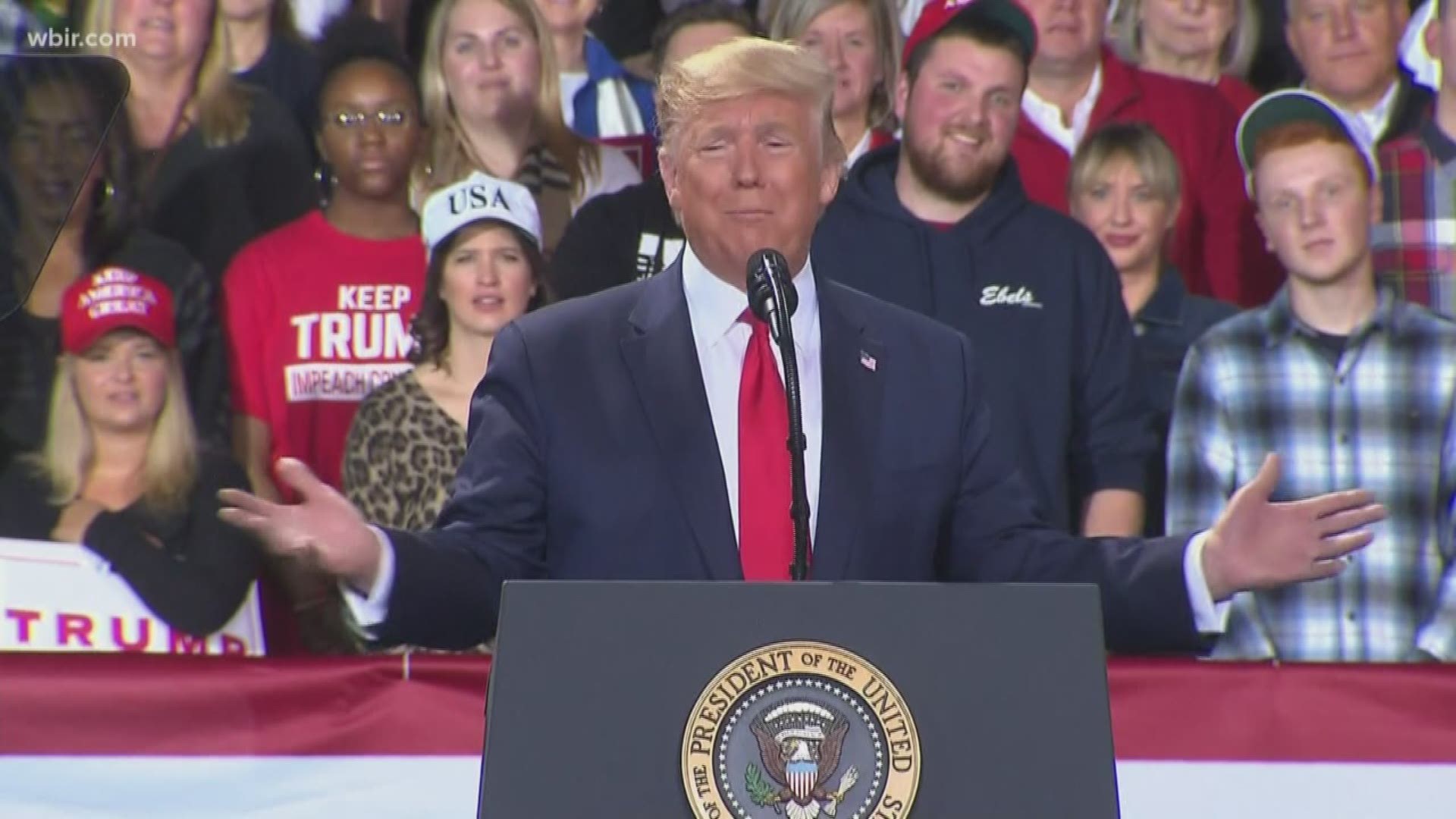 President Donald Trump has become the third president in U.S. history to be impeached by the U.S. House of Representatives.

The House debated for hours Wednesday before the Democratic majority voted to impeach the president on two articles: abuse of power and obstruction of Congress.

The decision will next head to the Senate, where the President will be tried on those charges. The Republican-controlled Senate would need a two-thirds majority in order to convict the president.

Tennessee's lawmakers weighed in on the House decision.

"There is a reason the only bipartisan vote in the House today was against impeachment. President Trump has not abused his power – but House Democrats certainly have," Blackburn said.

Tennessee Democrats responded, denouncing Republican claims the decision was unfounded. The Tennessee Democratic Party said in a statement "nobody is above the law - not even the president of the United States."

"Trump abused the power of the presidency and he obstructed congress. His actions will be remembered as contemptible in the history books. The blind defense of his actions will badly damage the Republican Party," TNDP chair Mary Mancini said.

Rep. Steve Cohen (D-Tenn.) voted for impeachment, speaking on the floor before the vote Wednesday.

"Donald Trump used the high power of the Presidency to pressure a foreign nation to besmirch his perceived primary political opponent. He corrupted our elections and compromised our national security so that he could keep power," he said. "Like all of you, I took an oath to support and to defend the Constitution. I urge my colleagues to abide by that oath and stand up to President Trump’s abuse of power and obstruction of Congress."

Rep. Tim Burchett (R-Tenn.) also took the floor -- calling the effort a waste of time and saying that effort could have been better spent on other issues.

"This impeachment has been a sham based on hearsay and distracted Congress from the issues our constituents sent us here to address. We've wasted time, money, and resources on this irresponsible political stunt that will only divide our nation. I will vote no on impeachment," he tweeted after speaking.

Before the vote, the president took to Twitter early Wednesday morning, asserting that he did nothing wrong and urged people to "Read the Transcripts."

President Trump is the third commander in chief to be impeached in U.S. history after Andrew Johnson and Bill Clinton. Richard Nixon resigned before the House could vote.