When then-President Trump's name was included on the COVID-19 stimulus checks, it was the first time a president’s name had appeared on any IRS payments. 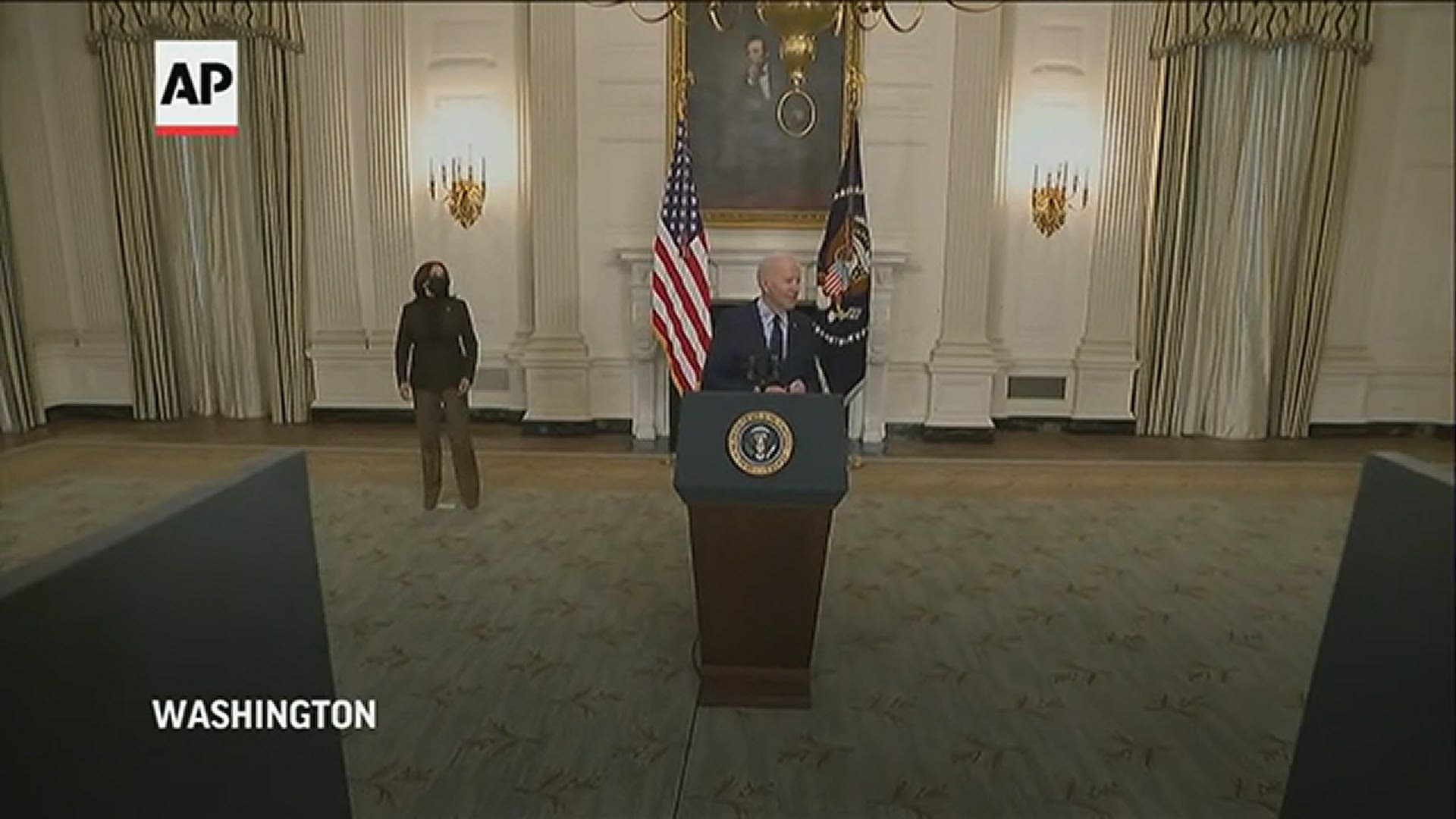 WASHINGTON — President Joe Biden's signature will not appear on the third round of COVID-19 stimulus checks that are expected to go out to millions of Americans in the coming weeks.

During the first and second round of checks, then-President Donald Trump reportedly insisted his signature be included in the memo section.

White House Press Secretary Jen Psaki confirmed Tuesday that Biden's signature or name would not appear on paper checks that go out, saying, "we are doing everything in our power to expedite the payments and not delay them, which is why the president's name will not appear on the memo line."

"This is not about him, this is about the American people getting relief," Psaki explained.

She added that the stimulus checks will instead be "signed by a career official at the bureau of fiscal service," and said that Biden didn't think that having his name on the checks "was a priority or a necessary step."

The House plans to vote Wednesday morning on the $1.9 trillion COVID-19 plan that the Senate approved over the weekend. Once approved by the House, the bill, which includes $1,400 stimulus checks for many, will go to Biden for his signature.

The White House also said Tuesday they are working on trying to have as many eligible people as possible receive the next round of stimulus payments by direct deposit, which is faster and more efficient than paper checks.

In what was called an unprecedented move, reports surfaced back in April 2020 that stimulus checks going out at the time would include President Trump's name on them, according to reports by the Washington Post, New York Times and Bloomberg News.

It was the first time a president's name had appeared on an IRS payment. The addition was made after Trump reportedly suggested the idea to then-Treasury Secretary Steven Mnuchin.

Trump's name appeared in the memo section on the left side of the checks as "President Donald J. Trump," because as the New York Times reported, it was because Trump was not legally authorized to sign such checks.

Credit: AP
In this April 23, 2020, photo, President Donald Trump's name is seen on a stimulus check issued by the IRS to help combat the adverse economic effects of the COVID-19 outbreak, in San Antonio.

RELATED: Who would (and wouldn't) get $1,400 stimulus check under Senate plan