The president said that the nation has a 'sacred obligation' to care for 9/11 first responders and their families. 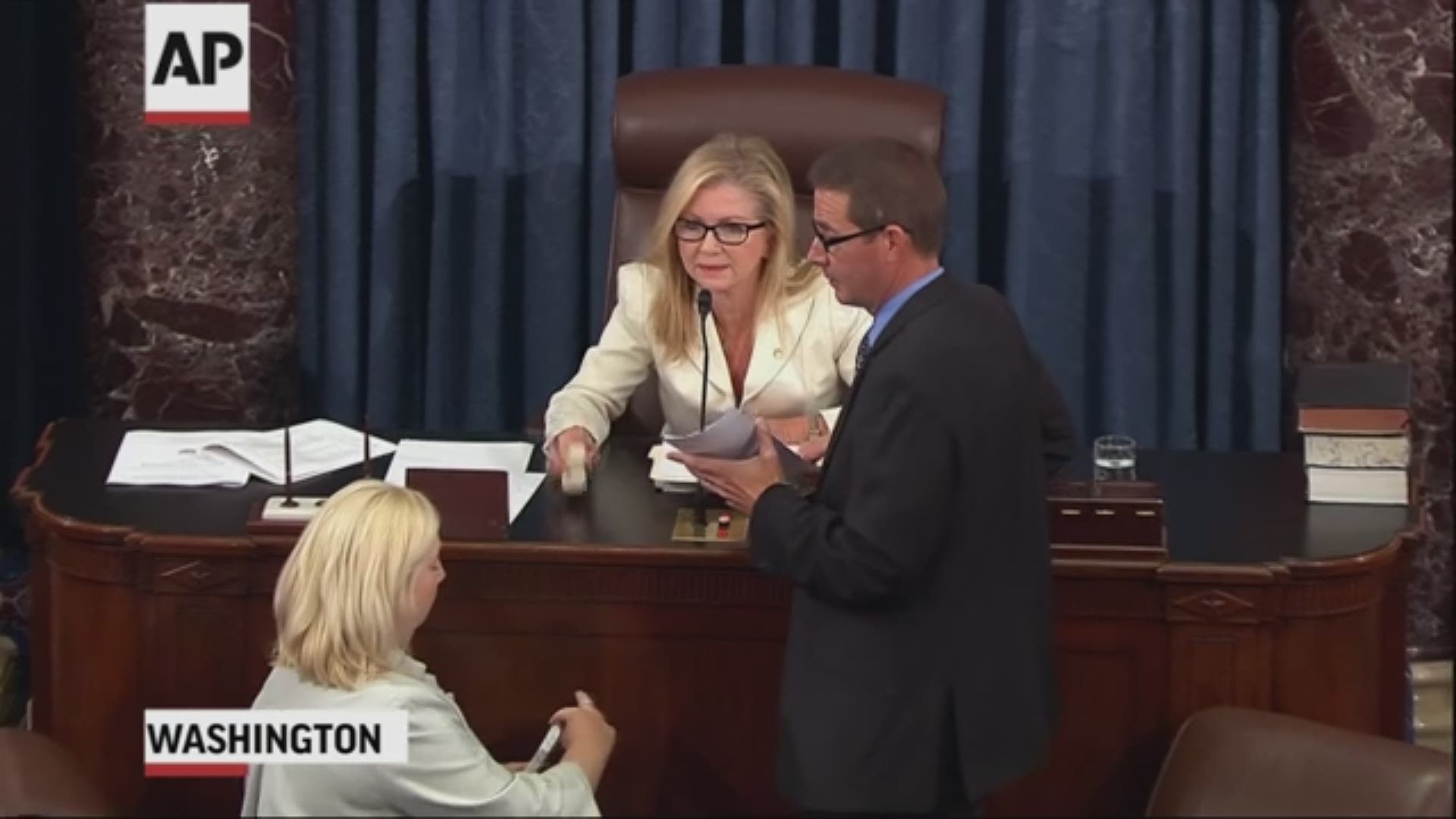 President Donald Trump on Monday signed a bill ensuring that a victims' compensation fund helping those impacted by the Sept. 11, 2001 attacks never runs out of money, ending years of legislative gridlock as the number of first responders dying of Ground Zero-related illnesses mounted.

Appearing in the Rose Garden with more than 60 first responders from the 2001 terrorist attacks, Trump signed into law an extension of the fund through 2092, essentially making it permanent.

"You inspire all of humanity," Trump said of the "true American warriors" who rushed to assist victims that day and searched for remains for months after.

The president said that the nation has a "sacred obligation" to care for the responders and their families.

The $7.4 billion fund had been rapidly depleting , and administrators recently cut benefit payments by up to 70%. The bill passed Congress on a bipartisan basis but only after delays by some Republicans exposed the legislative branch to brutal criticism from activists, including the comedian Jon Stewart.

Dozens of first responders, many gravely ill, would repeatedly travel to Washington to lobby lawmakers to extend the funding every time it needed to be reauthorized. Though their ranks shrunk, as emergency workers died of cancers and other diseases linked to the toxic fumes from the World Trade Center rubble, the fate of the funding had never been permanently guaranteed.

Credit: AP
President Donald Trump holds up the signed H.R. 1327 bill, an act ensuring that a victims' compensation fund related to the Sept. 11 attacks never runs out of money, in the Rose Garden of the White House, Monday, July 29, 2019, in Washington. (AP Photo/Alex Brandon)

NYPD detective Luis Alvarez appeared gaunt and ill when he testified before Congress last month, urging lawmakers to pass the measure to help his fellow first responders even if it was too late for him.

"You made me come down here the day before my 69th round of chemo and I'm going to make sure that you never forget to take care of the 9/11 first responders," Alvarez said.

More than 40,000 people have applied to the fund, which covers illnesses potentially related to being at the World Trade Center site, the Pentagon or Shanksville, Pennsylvania, after the attacks. Stewart, who made the cause a personal passion project, tore into the lawmakers' inaction when he testified alongside Alvarez, creating a moment that was frequently replayed on cable news. 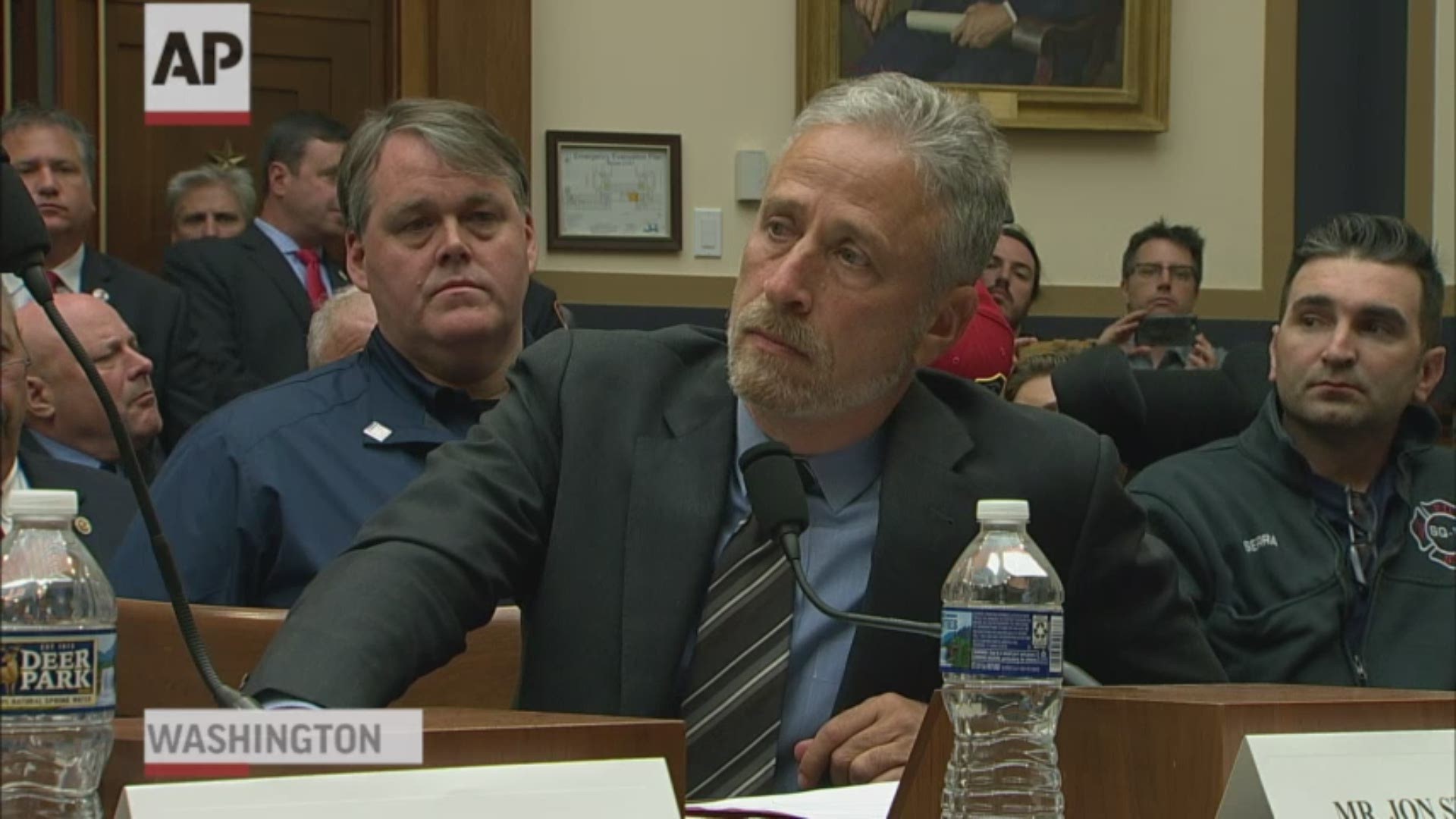 "Hundreds died in an instant. Thousands more poured in to continue to fight for their brothers and sisters," Stewart said before the committee. "They did their jobs with courage, grace, tenacity, humility. Eighteen years later, do yours."

A pair of Republican senators, Rand Paul of Kentucky and Mike Lee of Utah, voted against the measure this month, preventing its adoption from being unanimous. Both cited the need to eliminate unnecessary spending and offset the measure with budget cuts.

Trump did not dwell on that division when he signed the bill. The bill-signing prompted a round of applause from first responders in the Rose Garden as well as Trump's personal attorney, Rudy Giuliani, who was mayor of New York City during the attacks and was widely praised for his leadership in the aftermath of the World Trade Center collapse.

Trump, whose real estate holdings that day included some 20 buildings in Manhattan, played up his own personal connection on Monday to the World Trade Center site.

"I was down there also, but I'm not considering myself a first responder," the president said.

But a number of the president's recollections about his own personal experiences that day cannot be verified, including his claims that he sent construction crews to help clear the site, that he had "hundreds" of friends die at Ground Zero and that he witnessed television coverage of Muslims in the United States cheering the destruction of the iconic skyscrapers.

The ceremony was attended by a handful of lawmakers — all Republican — though a White House official, speaking on condition of anonymity to share planning details, said that all members of Congress had been invited to the event. The invitations went out Friday and Saturday.

Credit: AP
President Donald Trump holds up H.R. 1327, an act ensuring that a victims' compensation fund related to the Sept. 11 attacks never runs out of money, after signing it in the Rose Garden of the White House as member of the audience applaud and celebrate, Monday, July 29, 2019, in Washington. (AP Photo/Alex Brandon)