United Airlines says the free rapid testing will ensure everyone on board select flights from Newark to London will have tested negative for COVID-19. 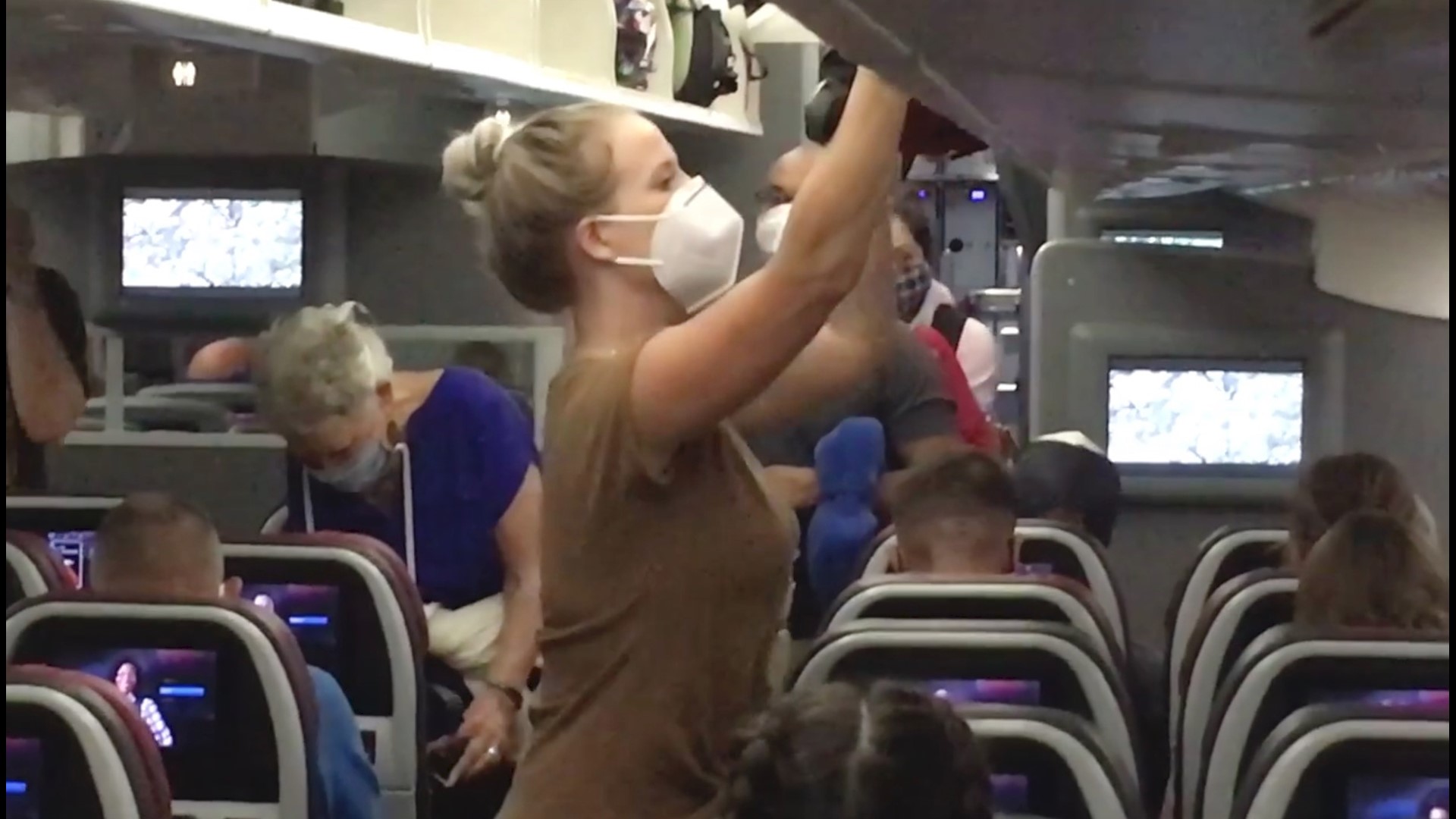 WASHINGTON — United Airlines on Thursday announced it will be launching a pilot program to test all passengers for coronavirus on select flights from Newark, New Jersey, to London's Heathrow airport. It's the latest step by the airline company to work around the virus and travel restrictions.

In a statement, the company said it will offer free rapid tests to every customer, over the age of two, from Nov. 15 through Dec. 11 on Newark to London flights that travel at 7:15 p.m. ET on Mondays, Wednesdays and Fridays.

Anyone who doesn't want to be tested will be placed on another flight, the company said, to ensure that everyone on board has tested negative for COVID-19 before departure.

Air traffic in the U.S. has only recovered to about one-third of pre-pandemic levels, European traffic is similarly depressed, although the picture looks brighter in Asia. Most experts think it will take airlines three years or longer to make a full recovery.

United said each passenger will need to make an appointment to take a test at a on-site facility at Newark airport before boarding the flight. It's recommended that the appointment is scheduled at least three hours before the flight takes off.

RELATED: Holiday Travel: How to stay safe during the pandemic

"We believe the ability to provide fast, same-day COVID-19 testing will play a vital role in safely reopening travel around the world and navigating quarantines and travel restrictions, particularly to key international destinations like London," said Toby Enqvist, chief customer officer for United.

He added: "United will continue to lead on testing, while at the same time exploring new solutions that contribute to the safest travel experience possible."

Offered 11/16 - 12/11 on select flights from New York/Newark - London, this pilot program guarantees all customers over 2 and crew on board test negative before departure. https://t.co/lYZocxd357 pic.twitter.com/z4FTDw9T8m

The Chicago-based airline said it plans to share customer feedback from the program with U.S. and U.K governments.

United claims to be the first airline to offer rapid tests to its passengers for free. Earlier in October, it began offering rapid tests to customers who flew from San Fransisco to Hawaii but for a fee.

For most people, the new coronavirus causes mild or moderate symptoms. For some, especially older adults and people with existing health problems, it can cause more severe illness, including pneumonia and death.

The United States has more than 8.8 million confirmed cases of COVID-19, according to data from Johns Hopkins University.

As of Thursday,  the U.S. had more than 227,000 deaths from the virus. Worldwide, there are more than 44 million confirmed cases with more than 1.1 million deaths.