Artist Kaliq Crosby was the man who created the mural that honors the country’s first National Youth Poet Laureate. 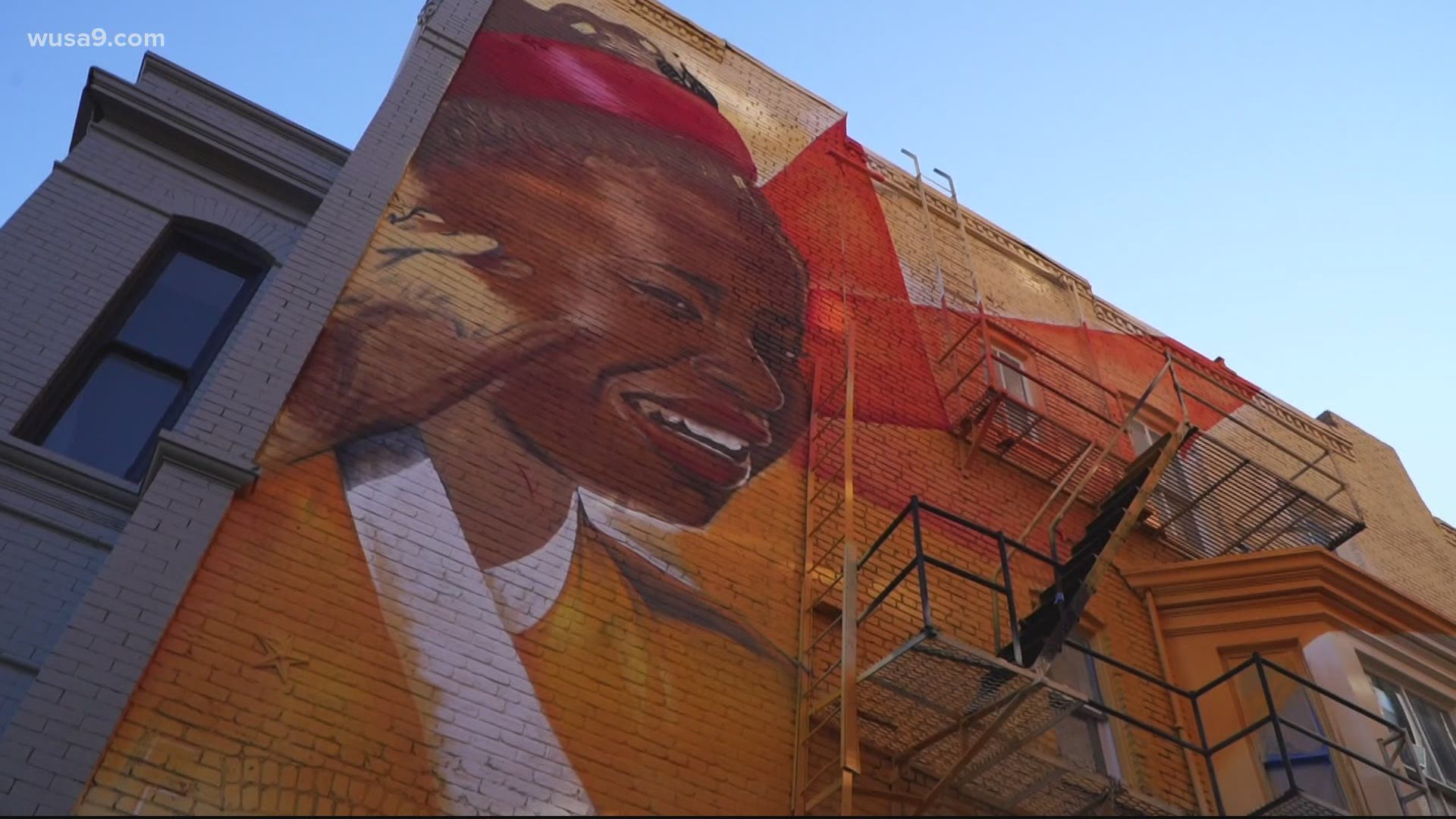 WASHINGTON — A mural of poet Amanda Gorman, who delivered a poem at President Joe Biden's Inauguration Day, has been painted on the side of the New Washington Land Company at 1606 17th Sreet in Northwest D.C.

Artist Kaliq Crosby was the man who created the mural that honors the country’s first National Youth Poet Laureate. He had been posting updates for weeks on his Facebook page, working late into the night sometimes to complete the project.

The mural does depict Gorman from the Inauguration Day poem she delivered in January. Gorman became even more well-known on Jan. 20 when she recited her poem, “The Hill We Climb,” at Biden's swearing-in.

Gorman's poem spoke reference the U.S. as a nation still looking to overcome racism and inequality, something the 22-year-old said she recently experienced when going home.

Gorman posted to social media that she was followed home by a security guard who demanded to know where she lived because she “looked suspicious.”

"I showed my keys & buzzed myself into my building,” she tweeted of the incident Friday night. “He left, no apology. This is the reality of black girls: One day you’re called an icon, the next day, a threat.”