As the shutdown showdown lingers, these are the federal agencies hurting most in East Tennessee

In East Tennessee, almost all eight federal departments are being impacted by the shutdown 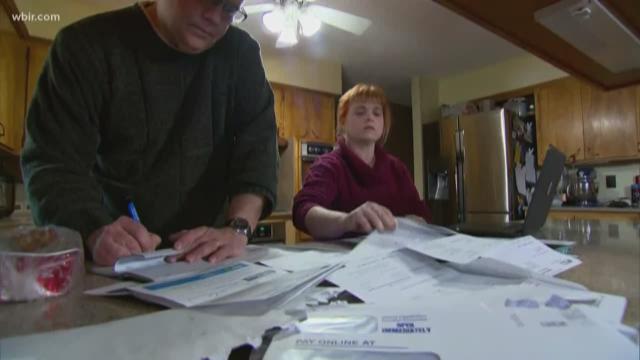 KODAK, Tenn. — As the battle in D.C. continues, workers at federal agencies in East Tennessee are set to miss paychecks, and many services are being delayed. There's also growing frustration. Here's how they're hurting.

Debbie Little of Kodak says she can't sell her house, or even get a loan for a new one.

"We found a buyer for our house I think but she can't get her mortgage because she's going FHA," Little said. "We're just stuck here."

The U.S. Marshal's Service is a service considered 'critical', but that doesn't mean deputies are getting paid.  This agency is one of many that is unable to pay it's workers while the government is shutdown.

If this goes on...the shutdown will impact groceries for some in our community.  The Knox County Health Department says it has money for food stamps.
At least for now.

"We have contingency plans for those programs," says Dr. Buchanan of The Knox County Health Department.

4. TSA: A workers will miss a paycheck tomorrow. But the McGhee-Tyson Airport says checkpoints are operating normally.

5. TDOT: On the roads...TDOT says it's already behind on asking for new road repair contracts.

6. FDA: Right now the FDA is not inspecting fruits, vegetables or seafood across the country. And that's only a day after the CDC says the romaine lettuce outbreak is over.

7. IRS: Ah, taxes. You still owe those. The IRS is opening January 28th on schedule, but refunds may be delayed.