No, it's not likely you are seeing the Asian giant hornet in East Tennessee, but be aware

It's only been seen in one Northwest state, but Tsuruda said it's still important to be aware of what to look for. 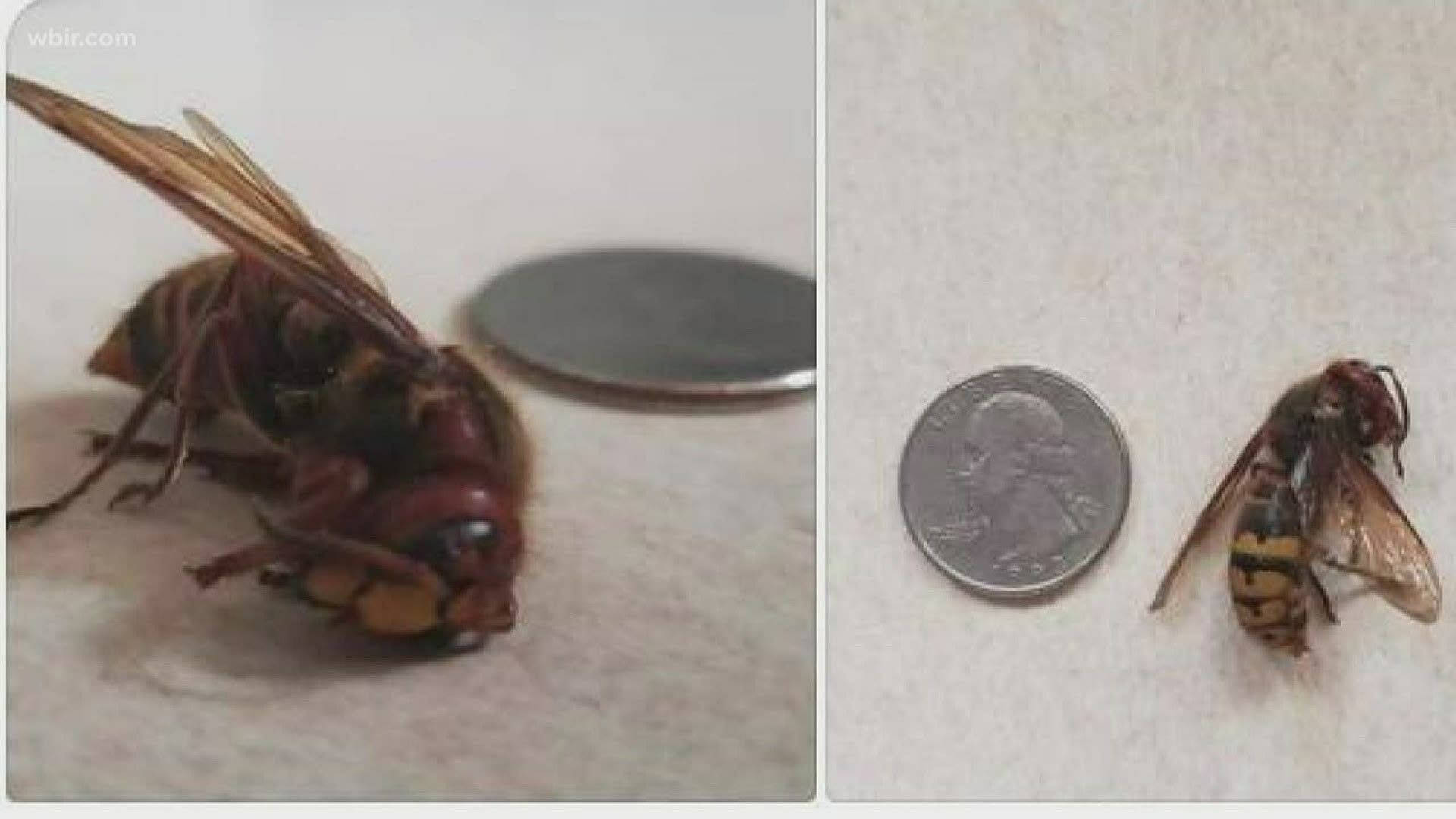 KNOXVILLE, Tenn. — You may have heard of the "murder hornet" entering the U.S., but right now the only existing sightings are in Washington state. They were spotted for the first time in December.

The name "murder hornet" is a bit exaggerated and was likely recently coined by someone trying to craft an attention-grabbing headline. Its real name is the Asian giant hornet and it is the world's largest species of hornet.

Despite its size and scary demeanor, University of Tennessee Department of Entomology & Plant Pathology professor Jennifer Tsuruda said not to panic.

"Right now we have no reason to believe they're in any other parts of the US," she said.

It's only been officially spotted in the Northwest state of Washington, but Tsuruda said it's still important to be aware of what to look for.

"Oftentimes these hornets get mistakenly named European hornets which exist in the area and cicada killers," she said.

The Asian giant hornet nears almost two inches in length with distinct markings, while the others are smaller.

Tsuruda said she has heard from many people who think they may have spotted the Asian giant hornet in East Tennessee, but that's unlikely. She said people are most likely seeing other stinging insects.

The post reads, "Please note that there can be slight size and color variations but the stripes/banding of the dorsal side of the abdomen differ in appearance -- the Asian giant hornet has simple, fairly straight bands across its abdomen like the honey bee, but the other insects shown have more complex markings on their abdomens or no stripes/banding at all. The Asian giant hornet also has a strikingly lighter colored head and a darker thorax, whereas the European hornet's head and thorax tend to be similar in color."

If you do spot something unusual flying around your home, contact your local extension office. Submitting photos of an insect at multiple angles will help experts identify what it could be.

"Washington has a lot of pressure to keep these under control and work on eradication. They have a plan in place working with citizens, beekeepers, gardeners," she said.

While you most definitely would not want to get stung by one of these, statistically this hornet poses the same level of threat to humans as other more common U.S. hornets and stinging bees do. The major threat is if you get too close to one of their nests.

Thankfully, these hornets prefer the rural wilderness -- opting to live in forests and low-lying mountains.

However, these hornets do pose a specific ecological problem: They have the potential to devastate bee colonies as they raid them for sustenance. European honey bees, in particular, are at risk because they do not have defense tactics to deal with an attack from these hornets.

"They aren't just killing bees and stinging people for no reason, they are going after bees as a food resource for their own offspring," she said.

"If we find it, we can start an eradication plan and monitoring plan," said Tsuruda. In the meantime, she said enjoy being outside, but stay vigilant. "Use this time as an opportunity to be aware of what your surroundings have."

As of now, there is no information on how the pest was introduced to the U.S.